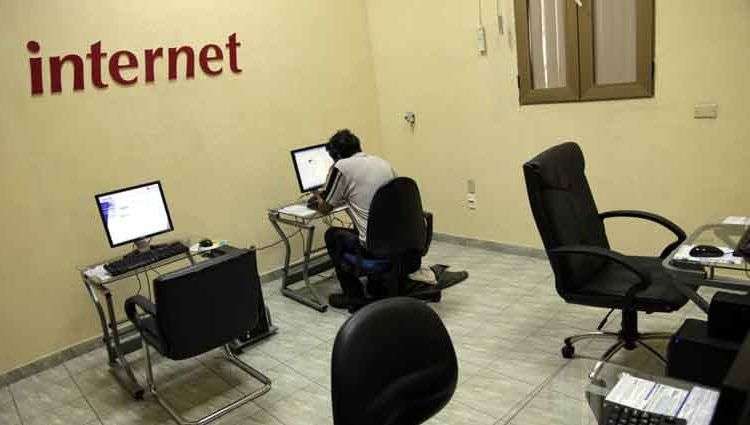 In a promotion that lasts from February 10 to April 10, the Cuban Telecommunications Enterprise, ETECSA by its Spanish acronym, has temporarily reduced by 50% the prices of internet access for citizens in the public navigation rooms.

The new promotion is the first offering of its kind in the framework of a process that, according to authorities, will allow greater connectivity. Its announcement comes after last Wednesday National Computerization and Cyber security Workshop began in Havana, where the deputy minister of Communications, Wilfredo Gonzalez said it is urgent to incorporate new technologies into society, but acknowledged that 70% of the Cuba’s infrastructure is obsolete.

The promotion is that now you can buy coupons that will allow you navigate for two hours and 16 minutes for 5 CUC when hourly cost before was 4.50.

“They should charge even less, and would be much better to have the service in my home,” Dimas Bencomo, an artist who goes almost every day to one of the 155 cyber rooms that ETECSA opened in 2013 for public navigation told the Associated Press

When it was opened to citizens this still costly possibility of connection to the network, access to a connection time reached $ 8 to $ 10 at Cuban hotels, the only places where the service was particularly offered hitherto.

The Mexican newspaper La Jornada said this morning that the offer “(…) raised expectations following the announcement of the governments of Cuba and the United States to normalize relations”.

Last month ETECSA announced that it will open 136 other rooms throughout the country during the first quarter of this year.

Michael Sanchez: “In Cuba it is better being reggaeton singer that volleyball player”