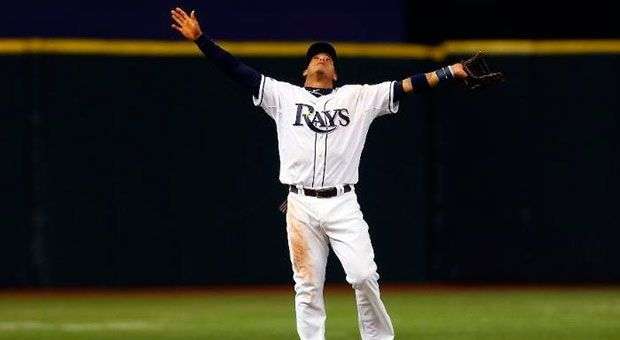 The Division Series of the Major League Baseball are over and everything is ready for the battles in each of the circuits, with Boston, Detroit, Dodgers and Cardinals as contenders of remarkable history, because all of them show 28 titles combined in the majors.

In three of these teams are Cuban players, either by natives of the island or by other players whose roots are tied to Cuba. In the latter group stands out the Cardinals center fielder Jon Jay, who has become a fixed feature in the line-up thanks to its remarkable defense in the outfield and great offensive.

However, Jay and St. Louis will have a huge test against the Cuban Dodgers Yasiel Puig, a phenomenon that has unleashed madness at Chavez Ravine as leader of a millionaire roster that for a moment seemed to be a dud after a dismal first month.

Precisely at that point emerged Puig, an electric Cienfuegos outfielder that shows off speed, power in the batter’s box and power shots from the outfield. His start was dazzling, averaging over 400 for almost two months. After the revolutions decreased he ended with average of 319, 42 RBIs, 19 homers and 11 stolen bases. However, injuries of stars Matt Kemp and Andre Ethier guaranteed him a spot in the regular line-up of the Dodgers to the postseason against the Atlanta Braves, largely because his contribution in terms of explosiveness, drive and leadership was key in the aspirations of the Californian squad to advance to the World Series for the first time in the last 25 years.

The young man did not disappoint and in four games hit eight hits, including a double, drove in two, scored five and averaged 471, in a fabulous demonstration of a player called to mark an epoch in the big leagues.

But Puig will not be the only obstacle to the Cardinals, who in addition to not having their ace Adam Wainwright till the third game, will face in the first two games two Cy Young Award winners, right-handed Zack Greinke and left-handed Clayton Kershaw, a man who despite his youth (25 years) shows the lowest starter ERA (2.60) in the live -ball era with at least 1000 innings.

Equally closed presumably will be the battle of the Detroit Tigers and Boston Red Sox , even in terms of power between  what is considered the best starting rotation in the majors and the team with more tools to manufacture runs .

After beating Oakland in an emotional fifth game with Justin Verlander in stellar performance, it is true that the Tigers will be without their ace until the third challenge against Boston, but they still have in the room the Cy Young winner to be this season in the American League right-handed Max Scherzer ( 21 wins in the regular season ) plus the earned runs leader, Anibal Sanchez .

In front they will have a team capable of producing 853 runs in 162 games, the best in this section among all major league franchises, endorsement not negligible at all.

There will also be Cuban presence in the match, in this case the shortstop Jose ‘Candelita’ Iglesias, who will face his former colleagues, since he dressed the Boston flannel for two seasons and half before being traded to the Tigers to fill the gap left by the Venezuelan Johnny Peralta, sanctioned for doping.

In his latest adventure, Iglesias has captivated by his silky hands, displacement and sense of place at shortstop. That space has been endorsed, with enormous effectiveness, to the point of making only three errors in 269 plays, for a high average of 989, but also noted for his performance in third and second bases to show he can cover any position in the infield.

However, the poor performance of Iglesias at bat, far from his best performance, sidelined him and his team benched him in the last game against Oakland, but in the coming commitment against Boston his figure may become material to strengthen the defense at crucial moments.

Another Cuban who will wear the Detroit flannel will be catcher Brayan Pena, who arrive to the squad of Jim Leyland with the task of alternating behind the plate with Alex Avila, and more than fulfilled that role, especially in the conduct of a very complicated pitching staff due to their variety of pitches. Currently Peña has not seen action but may occur at any time due to the requirement of the position.

While many Cubans are still struggling to reach the World Series, others fell by the wayside during this postseason, two with superlative yields: we talk about Yoennis Cespedes and Yunel Escobar.

The portentous outfielder suffered the second year curse following a spectacular rookie season and averaged 240, with lower -base percent to 300 (294), and striking out 137 times, 35 more than in his debut campaign in the MLB . He also declined in stolen bases, with just seven in 14 attempts, after a fabulous stretch last season when he stole 16 and was only caught four times.

However, the slugger retained its power intact, just as was seen in the Home Run Derby in the All-Star Game in New York, where he was crowned over promising Bryce Harper. In hot play from all sorts of pitches, he blasted 26 homers, drove in 80 runs and improved his patience at the plate, as his average pitches per appearance rose from 3.66 to 3.78.

Even with figures far from his first experience, the A’s were confident that Cespedes would resume his great passage during the playoffs and they were not wrong. The Granma player produced for 381 thanks to eight hits in 23 at-bats, with four RBIs and three runs scored.

Meanwhile, Yunel Escobar shone against Boston in the ALDS. He showed all his class at shortstop and became the best hitter for Tampa, with high average of 467, the result of seven hits in 15 ABs, with three runs scored and an RBI, all against class pitchers like Clay Buchholz, Jon Lester, Jake Peavy and Japanese Koji Uehara.

Escobar arrived in Tampa without the best credentials, with a past full of negative actions, in and out of the field, but manager Joe Maddon tamed him and placed him in the shortstop for 153 games, where he had an exceptional defensive average of 989, with only 7 errors in 610 plays, 88 double-plays and 395 assists.

He didn’t impress as a batter but his OPS was 332 and with men in base or scoring position he was good with 295 and 280 average, respectively