In an undefeated game, Cubans faced the host team this Saturday in the match that defined the qualification for Tokyo 2020. 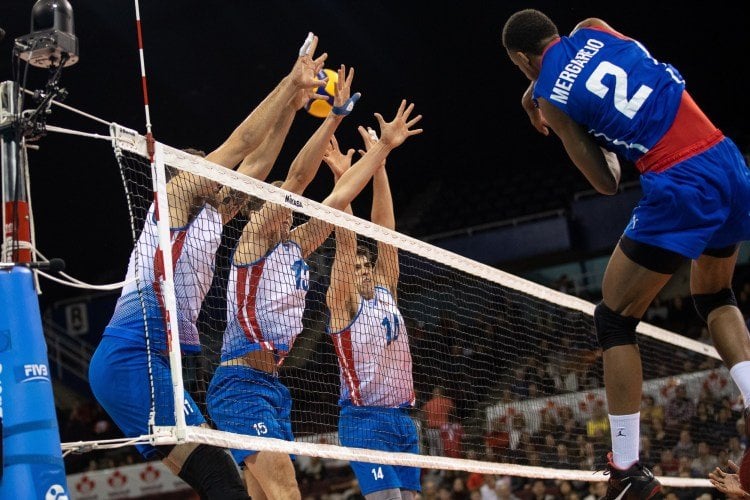 The Cuban men’s volleyball team defeated Puerto Rico 3-0 this Friday at the Pacific Coliseum in Vancouver, Canada, one victory from getting the last Olympic ticket in dispute of the North, Central America and Caribbean circuit (NORCECA).

In an undefeated game, Cubans faced the host team this Saturday in the match that defined the qualification for Tokyo 2020.

Canada, seventh in the world ranking, showed its powerful attack, led by Stephen Timothy, with 11 points, and John Gordon, with 9, against a Mexican team that fought, but was overcome, slow to respond to the offensive of the locals who opened the Mexicans’ blockage with relative ease.

After winning the first round, the Canadians started under 0-4 in the second round but drew 5-5, spun a nine-point streak and won. In the third they stood fast, soon changing the numbers on the scoreboard and securing the victory.

Headed by Marlon Yant, with 13 points, 10 of them in attack, and Miguel López, with 10, half on the offensive, the Cubans imposed their speed and effectiveness in the attack, their blocking worked well and thus secured the victory.

The Pre-Olympic uses the all against all system and the winner will qualify for the volleyball tournament of the Tokyo 2020 Olympics, which will run from July 24 to August 9 at the Aviake Arena.

Until now the teams that have qualified for Tokyo 2020 are Japan, the United States, Brazil, Italy, Poland, Russia and Argentina, plus the winners of the Vancouver Pre-Olympics, the South American based in Santiago de Chile, the African tournament in Cairo, the European in Berlin and the Asian in Jiangmen, China.

In the last Olympic Games, Brazil won the final against Italy and the United States won the bronze medal.

The economic reform in Cuba: stuck in the middle