There are more than 22,000 Cuban health collaborators in the South American nation. 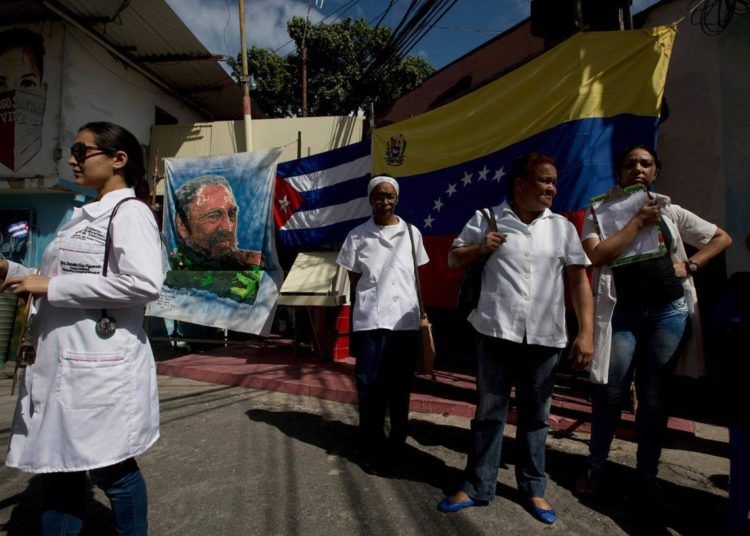 Cuban doctors working in Venezuela, as part of the collaboration agreements between the governments of both countries, will be able to vote in the referendum on Cuba’s new draft constitutional next February 24.

Rogelio Polanco, the island’s ambassador to the South American nation, affirmed on his Twitter account that more than 22,000 collaborators are preparing to participate in the voting.

Polanco tweeted that Cubans have “the responsibility of going to the polls” in what he called “a demonstration of genuine revolutionary democracy that strongly refutes those who announced apathy to debate the country we want” and confirmed that “we can also vote in Venezuela.”

Moreover, he explained that the diplomatic headquarters in Caracas “will become an electoral college as well as almost 700 other centers throughout Venezuela.”

Some 34,000 Cuban health collaborators are currently providing services in more than 60 countries, according to official data. The medical brigade in Venezuela is the island’s largest outside its borders.

In that South American nation, Cuba’s main ally in the region, Cuban collaborators are also present in other sectors such as sports, culture, education and agricultural production. Recently, both governments signed new agreements to strengthen their “strategic alliance,” in the midst of economic difficulties and increased sanctions by the United States.

In the popular consultation on the new Cuban Magna Carta, Cuban collaborators in Venezuela made “more than 5,600 proposals or presented modifications,” according to the Cubadebate site.

In that process, carried out between last August 13 and November 15, almost nine million Cubans participated, according to the official report. The members of the missions abroad also did it, while the participation of Cuban residents outside the Island was allowed, who made more than 2,000 proposals.

However, the latter will not be able to vote in the referendum in their countries of residence, as explained by Ernesto Soberón, director of Consular Affairs and Cuban Residents Abroad (DACRE) of the Foreign Ministry.

The final draft of the new Constitution was unanimously approved this December 22 by the National Assembly of Cuba, after about 60% of the initial draft was modified during the popular consultation

Among the modifications now approved was the inclusion of the reference to communism -which had been eliminated in the first draft – and the modification of the concept of marriage -previously conceived as the union of two persons – that opened the way to egalitarian marriage, whose approval was deferred to a future Family Code, which must be ratified in another popular referendum.

In addition, the new Magna Carta does not introduce changes in the political system, ratifies the leading role of the Communist Party and establishes changes in the structure of the State, including the creation of the figures of the President of the Republic and of Prime Minister.

Finally, it now comprises 229 articles, 11 titles, two special provisions, 13 transitory and two final ones. It will be submitted to a referendum next February 24 and will be promulgated on a date yet to be defined, although the deputies proposed during their meetings this week that it be April 10 of next year.