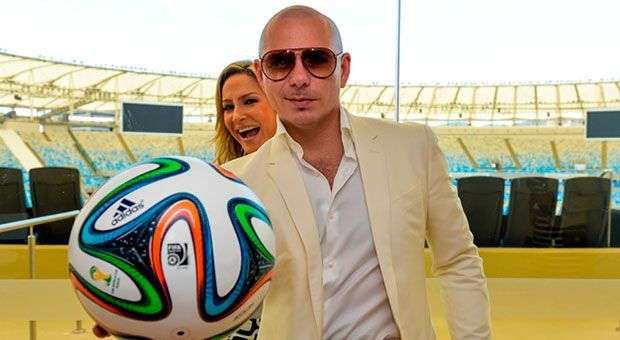 The official song of the 2014 FIFA World Cup Brazil was unveiled Thursday by the FIFA secretary general Jerome Valcke , in a press conference held at the legendary Maracana stadium in Rio de Janeiro. The song ” We are One ” written by Cuban rapper Pitbull, in collaboration with Jennifer Lopez and Brazilian pop singer Claudia Leite, will be accompanying the goals and dribbling that for about a month , may be enjoyed twelve cities of the South American nation .

“Only music and football can attract 80,000 people to a stadium,” Valcke said during the presentation, attended by Pitbull and Leite . The song was written by three singers and contains words in Spanish , English and Portuguese.

“Music is to break down barriers and show that, through sports and music, we are united,” Pitbull said, who hours before the release of the news by the authorities of FIFA, had written in his Twitter account: ” A song unites the world, ‘ We are One’ … Obrigado “. For its part, Leite, visibly happy said: “This music is a goal … my music is my passion, football is the passion of this country and the people will make the biggest party you can do to show the world that we are one. ”

The first time that a song was selected as the official song of the World Cup was in 1966 in England. At that time especially dedicated to the event’s pet, Willie the Lion. In memory are also two songs by Latino artists who were big hits in the musical universe: “The cup of life,” by Puerto Rican Ricky Martin in the 1998 World Cup in France , and “This time for Africa” by Shakira in 2010