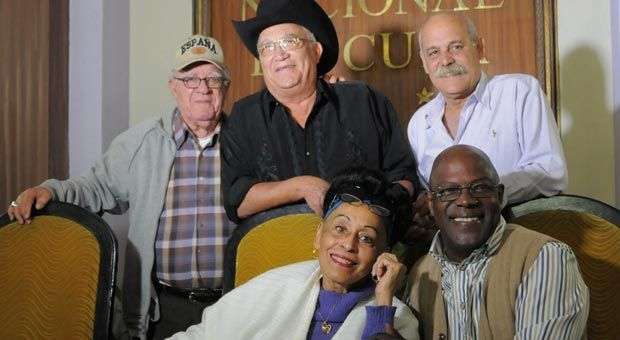 The legendary group of traditional Cuban music Buena Vista Social Club (BVSC) bids farewell to the stage with a world tour titled Farewell Tour that will take them to places in Europe, Latin America, Africa and the United States.

In meeting with the press held at the Taganana Hall of the Hotel Nacional de Cuba Jesus ” Aguaje ” Ramos, trombonist and leader of the group explained that their separation is due to personal projects of artists and the necessary generational change in the field of traditional music .

What the Buena Vista has done in these 17 years is difficult to summarize, he said, no doubt it has been a great experience that has marked us all, but this goodbye is not the end of the project , there will be times when we will rejoin again.

Daniel Florestano, president of Montuno Productions, agency that manages BVSC’s work internationally, announced that the Farewell Tour will begin in France by the end of June and will culminate with two concerts in Havana’s Karl Marx Theater in November 2015.

The work during this time, he added, will not be reduced to only the concerts; we have already planned series of recordings which will be reflected in the evolution of the group since its inception in 1996 through today.

Both initiatives, Aguaje said , will be our way of paying tribute to the founders who are no longer with us, those albums will include recordings of Ruben Gonzalez , Compay Segundo , Ibrahim Ferrer and Israel López ” Cachaito ” contained in our previous discs, plus new versions of anthology themes of traditional Cuban music made famous by the orchestra, all by the English record label World Circuit Records.

As a pending issue for the most recognized all star of Cuban music of recent times is the national tour, the first in over 15 years, scheduled for this month and now is postponed to March next keeping the tour of art schools country and the participation of its founders: the diva Omara Portuondo, Eliades Ochoa, trumpeter Guajiro Mirabal and lutenist Barbarito Torres.

On the disintegration of the project Portuondo and Ochoa claimed that more than a goodbye will be the end of a cycle, we will be together because Buena Vista has united us forever, they said.

We owe a lot to this project and what we are as artists, they agreed, we become ambassadors of our culture and managed to build a taste for Cuban music in almost everyone.

The winner of the Grammy in 1998, and the eponymous documentary, nominated for an Oscar in 2000, catapulted the group to stardom, allowing them to record several CDs with equal success and offer concerts in major venues in the world .