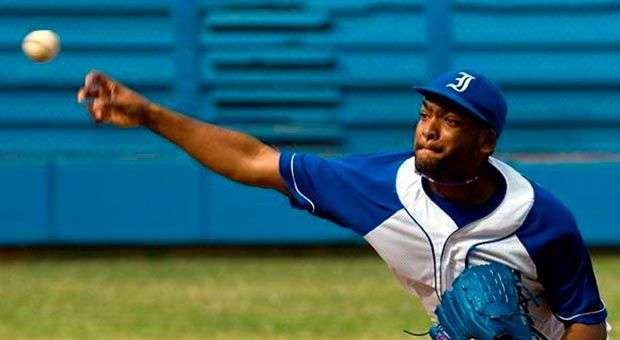 Odrisamer Despaigne and Antonio Romero are on the doorstep of becoming major league players. Both pitchers are already willing to join the sprint training next February and aim at signing with any franchise in the MLB before the upcoming season begins.

Despaigne, 26-year- old, just become a free agent , a status that allows him to direct negotiations with the teams in Major Legue Baseball ( MLB) . In the northern press there are comments on the unceasing interest of various teams such as the Phillies, Yankees, Giants, Mariners and Mets.

The former number one Industrial pitching staff until last season caught the attention of scouts once he left the national team of Cuba in Europe when he was part of the squad that participated in the inter -port tournament of the Dutch city of Rotterdam.

Jaime Torres, the player’s agent, told the Miami Herald that “everything is ready and teams know that Odrisamer is able to sign. MLB teams have started to look at the boy and this interest has continued to grow. In Mexico he has been shown to scouts. ”

Meanwhile, Antonio Romero who is training in Dominican Republic is also claimed by several MLB organizations. The pitcher born in Alquízar has participated to showcase to some scouts and even participated in the tryout of the Los Angeles Dodgers for another Cuban, Alexander Guerrero.

In national campaigns, Romero stood out in his beginnings as a reliever of the blue team, and once entrenched in that role, was gaining in prominence within the staff of the capital to gain a place among the main pitchers of the capital.