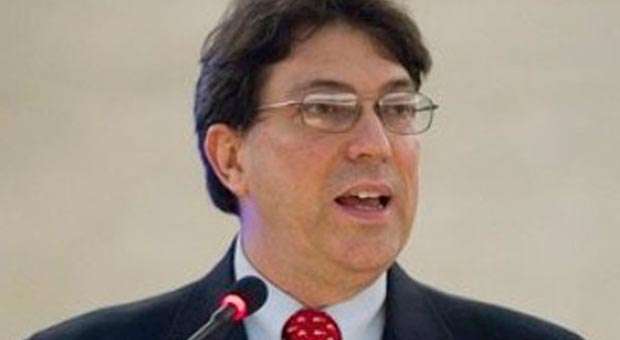 The Minister of Foreign Affairs of Cuba, Bruno Rodriguez Parrilla said on Friday at the opening of the press room of the Community of Latin American and Caribbean States (CELAC) summit that the visit of the President of the Organization of American States (OAS ), José Miguel Insulza to Havana is an act of diplomatic courtesy .

“Cuba ‘s position in relation to the OAS remains unchanged , we will not return to it, it has a negative historical baggage as an instrument of domination of the United States that cannot be solved by any rhetoric “

The Cuban Minister also said that they are not excluding the United States and Canada of the event, but the CELAC as a regional organization calls to participate in the Summit its member countries from Latin American and the Caribbean. “Latin America and the Caribbean are in full readiness to establish relations based on respect and equality with any other State, without exception.”

The Cuban minister gave no details of Mr. Insulza’s visit to Havana and would not confirm a possible meeting between President of the OAS with Cuban President Raul Castro or any other high government official.

The truth is that Insulars visit to Havana is the first official contact from the time this organization expelled Cuba in 1962. Experts suggest that could be a step toward the full inclusion of Cuba in international organizations and advance the possible exclusion of the Caribbean island from the list of countries sponsors of terrorism in which the U.S. government has included it for three decades.