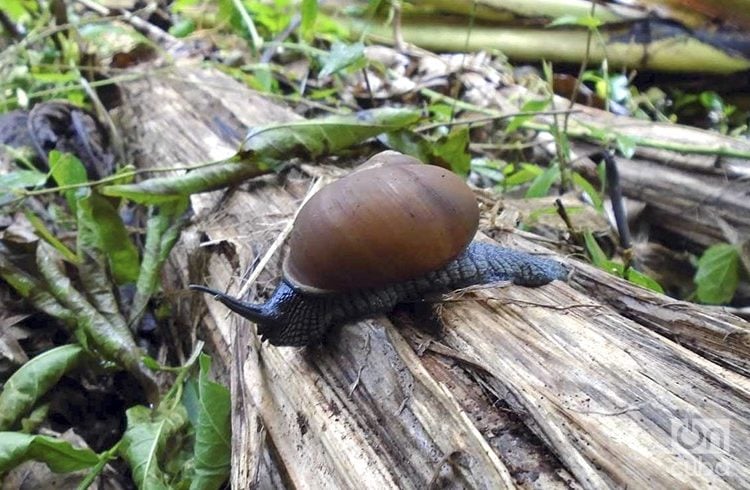 Zachrysia is a hermaphrodite and can self-reproduce. Photos: Ronald Suarez Rivas

Till recently, it was yet another of the many endemic species of the Sierra de los Organos, in the countryside of Pinar del Rio, but soon Zachrysia guanensis could become one of the most exclusive dishes of Cuban cuisine.

That, at least, is the intention of Manuel Correa, an enterprising man from Pinar del Rio who decided to put into practice what studies by researchers and scientists suggested long ago and no one had yet materialized: breeding this curious terrestrial mollusk.

Correa tells us that the idea arose from a project undertaken by European experts and the Cuban Ministry of Science, Technology and the Environment in 2006, a project that was later abandoned.

The aim, Correa explains, is to help in the conservation of the Zachrysia, a very fragile species that has suffered the impact of human activity and its natural predators in recent times.

“There are trails where it has disappeared altogether owing to several factors, such as intensive animal breeding,” he says.

The project aimed at protecting this snail, which can grow as long as 5 centimeters (2 inches) and weigh as much as 30 to 40 grams, was undertaken in an area located at the foot of the Valle de Dos Hermanas mountains, in the heart of the Viñales National Park.

According to Manuel, the site was chosen because its conditions are ideal for the Zachrysia’s reproduction. There, 10 man-made breeding facilities were built to house a total of 80 snails and vegetation consumed by these mollusks was planted.

Though conservation has always been the project’s chief aim, the significant growth of the snail population has led some to consider taking advantage of this process.

Correa estimates that anywhere from 900 to 1000 individuals can begin to be extracted from the population following the reproductive period, between the months of May and October.

Maria Enma Palacios, an expert working at the Viñales National Park, explains that the Zachrysia guanensis has been used as a laboratory animal by several Cuban scientific institutions for decades and that, in addition to this, the species could be used to manufacture cosmetics and, most significantly, for human consumption.

In this connection, she points that that they have already been experimenting with several recipes.

“Research conducted by the University of Pinar del Rio suggests that its meat has high protein content, is devoid of fat, very healthy and easy to digest,” Enma comments.

Hence current efforts to secure permits to begin collecting these specimens and begin including it on the menus of local restaurants, where it is hoped many patrons will make the concluding remark of Pumbaa, the Lion King’s lovable character: “Slimy, yet satisfying!” 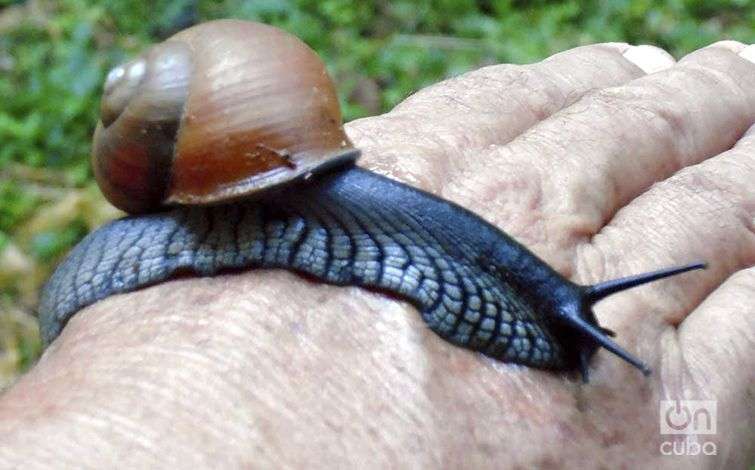