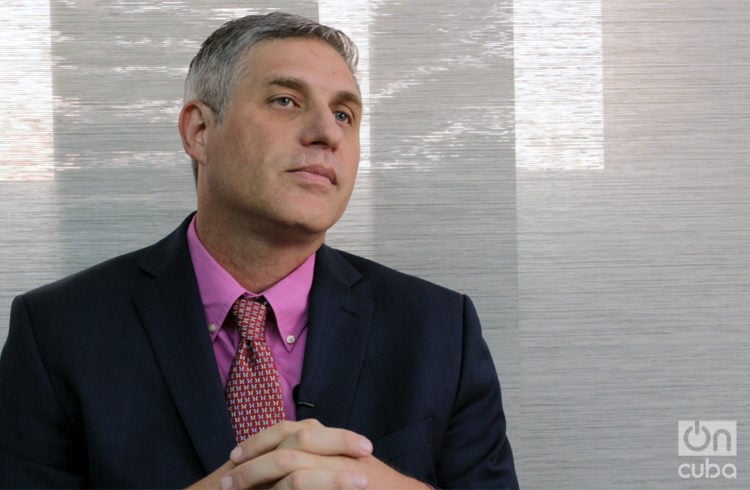 President Barack Obama will be arriving in Cuba soon. In a few hours, he will land in Cuba.

Thousands of journalists and photographers are already in their posts. Cuban and Washington officials would probably wish this moment pass in the blink of an eye – and reopen them when the storm is over – but at the same time, nobody wants to miss the symbolism of this historic moment.

Many things had to happen to get to this point, since the announcement was made on December 17, 2014, that Cuba and the United Sates would start talks to re-establish diplomatic relations.

Embassies were reopened in the respective capital cities of both countires, and several officials of the Obama Administration visited the island in the previous months.

Four packages of measures were also announced that aimed at easing embargo regulations. This preamble seeks to create the conditions to persuade the U.S. Congress to put an end to the embargo, while at the same time build trust on the Cuban side.

From Sunday, March 20 to 22, Obama will be able to get his own first-hand look at Cuban society. This unprecedented event marks the end of an era and opens a new one, of new expectations on both parts, which will be at the same time more complex.

Arturo López-Levy lecturer at the University of Texas and an expert on Latin American Politics who is currently in Havana talked to OnCuba about the issues that are in the background of an event that is drawing a great deal of attention around the world.

“It is not the end of the route because in order to be a normal situation between the two republics it is important to have the international law as a basic standard and the precedents of the policy of the United States over Cuba called the embargo, the blockade as this policy is called, the productive of the interests and values of the United States a policy that is illegal because it is in direct contradiction with the basic principles of the international law and is also immoral because it has punished the Cuban civilian population with sanctions that violate even international standards that the United States has supported about sanctions against other countries. It is a reality.

“Together with the symbolic intangibles that president Obama visit brings to the relationships between Cuba and the United States there are also tangible issues that are opportunities for an improvement of relationships between the two countries, the two so cities the two states. The two countries or states had recognized that they have important differences of values, but they also are acknowledging their important communality of interests, and a relationship between two states is about how to manage with an incontrollable range differences but also of promoting what are mutual interests.

“For instance there are opening for at least some areas of unilateral trade between Cuba and the United States as result of the January 2006 measures and of previous other measures that were taking in January 2015 and they represent the spirit of December 17th 2014, when the two presidents, president Barack Obama and president Raul Castro, talked about the beginning of a new era in the relationships between Cuba and the United States.

“So there is a possibility, an opportunity of opening a virtuous cycle by which more travelers to Cuba, more business between the United States and Cuba could spark a movement towards the expansion of what already have been achieved, for instance, we know that history talk about that. At the beginning there were a few Cuban Americans coming, when the number of Cuban Americans who came to Cuba expands, they will ask for less traumatic travels between Cuba and the United States, they will demand that from the US government and from the Cuban government. Today is unthinkable even for Senator Marco Rubio to roll back the changes in Cuban American travel to Cuba.

“Food trade with Cuba or the food sales because still is a one way trade already create a constituency in the states of the mid-west that defend the idea of the freedom to sell food to Cuba and also for the opportunity that Cuba could have to sell things in the United States. That is why I called it a virtuous cycle.

Last but not least is the issue of Americans traveling to Cuba. The president has substantially expanded the possibility to travel to Cuba and the more Americans come to Cuba the more they’ll realize of the nonsense that is the travel prohibition that has been enforced since the 1960 when Attorney General Robert Kennedy, the same person who implemented the travel ban during the Kennedy administration, said that it was a direct contradiction with American libertarian values and there is a more active conscience and a more political action in the United states promoting the idea of ending this nonsense.

“I don’t see any case in which president Obama had apologized to Cuba for his American values. President Obama and President Raul Castro both acknowledge from the beginning that there are issues difficult to solve and differences of values in which Cuba and the United States would have to negotiate, talk, and at times, agree to disagree. So, I don’t see any concession made by the Unites States or made by Cuba. Obviously whenever there is a negotiation each side needs to make some concessions but the idea of presenting the process of normalization between Cuba and the United States as a process of concession despite of language is basically the model of what not to emulate.

President Obama took Cuba off the list of the State Department about nations sponsors of terrorism; this was not a concession to Cuba it was a concession to the US process by which the United States would like to have in this list those countries that really engage in activities of promotion of terrorism activities and promotion the terrorism against the United States. That was not a concession to Cuba, that was an updating of an American policy that has been in contradiction with its own rhetoric, and routines and official discourse.

The idea of talking about promoting health care cooperation between Cuba and the United States is not a concession to Cuba. It is a concession to reality. Cuba has an army of doctors that can be very instrumental and positive in guaranteeing protection against pandemics at the world level, as it was the case of Liberia and Sierra Leona.

But that is not the case. We are in the presence of asymmetrical relations and obviously you see that the United States has more ground to sit comfortable, than an island that is 0.12 percent of the world economic products. If Cuba is 0.12 and the United States is 22 % of the world economic products you cannot expect that any movement of one side should be respond on the same measure by the other.

And in addition to that we have to recognize that the policy of isolation, hostility, was not a policy of 2 tracks, it was a policy that essentially was a policy from a great power like the United States against a small nation. So, we should not take reciprocity in a literal sense as part of the negotiation and history is very important to understand what it is dismounting. There has never been a Cuban Naval Base in Florida or Galveston, Texas; there has been more than a hundred years of a military base, a US naval base in the Cuban territory of Guantanamo against the will of the majority of the Cuban people.

I think that the American political establishment has come to the conclusion of how counterproductive is the image of Cuba as a threat to the United States. There are many differences with Cuba and its values, with the Cuban political system, a lot of incompatibilities between the Cuban political system and the liberal paradigm that is dominate in the United States and by the way, is dominant in the US lead world order in which we live; because liberal ideas are not only a patrimony of the United States, the majority of the countries all over the world they have a multiparty system and a market economy with its faults and its achievements.

But I think that it is clear in the American imagination that images about Cuba that represent a people that is ignorant, that is inferior, and in the past it was presented as racially incapable for self-governing, those images are something that the is more prepared than ever to move on from ethos visions. I think that the more travels we have of Americans coming to Cuba it would be simpler to have a dialogue.

At the same time I believe that the US government needs to also move in the area of dismantling the embargo because people to people contact, education, religious, humanitarian contacts are not islands in a bigger context. Everything is connected, so in the same measure the embargo is dismantled, it would be easier for Cubans to go to the United States and participate in cultural, educational activities and vice versa. I think that again this is a process, this is not a destiny. There are many people to talk to, in America about Cuba and I think it is important a change of attitude in the United States and it is important a change of attitude in Cuba.

A Cuban student in an American university who is proud of his heritage who is proud of the thoughts of a national hero like Jose Marti, it is a very important tool of promoting understanding about Cuban pride, Cuban history, Cuban culture, Cuban destiny; and let’s see in what sense the opening of the relationships between the 2 states spill over to a better relationships between the 2 societies. Understanding is a very important component of the policy of engagement.

There are preconceived visons about Cuba that I think they will be dismantled by a more open contact with the Cuban society by Americans. At the same time, I must tell you that there are some ideas about the United States that has been dominant in the Cuban press and at times even in the educational system that many people will question what is the role of the United States because there are things in which the 2 countries can exchange a lot of knowledge, Americans can learn from Cuba, a small country with a big pride and Cubans can learn from a great power also with a big pride.

Obama replies to a letter from Cuba

The economic impact of changes in U.S.-Cuba relations