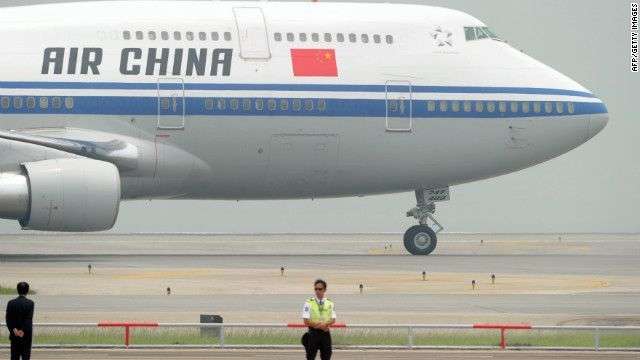 The flights will run three times a week and will feature a stop in Montreal, Canada.

The hour journey so far passed 20, but the new route will reduce the airtime because, as the airline explained in an advertisement cited by Xinhua, it saves the stops in Europe.

In January 2013 the Caribbean News Digital newsletter notified that Cuba had received the first group of Chinese vacationers that arrived after the granting of China to Cuba the status of approved tourist destination for its citizens, which led to the signing of a formal Memorandum of Understanding.

The approved status as a tourist destination was the first given by Beijing in the Americas and meant that Chinese travel agencies have facilities to make the proceedings, mainly migrant, allowing Chinese vacationers travel.

“This event will undoubtedly strengthen economic, trade and cultural cooperation between the two countries,” then Carlos Lahhite, director of the company Ecotur the Ministry of Tourism (MINTUR) told reporters where it was estimated then that about 20,000 tourists of that nationality could visit annually Cuba depending on air links between China and Cuba, which had to France or Germany as possible stopovers.

Also since 2013 the Cuban central bank authorized Unionpay, a Chinese bankcard association, to start their businesses on the island so Chinese could withdraw cash at Cuban banks and ATMs with Unionpay cards.

After that, since the first half of 2014, travel from China were up 18 percent compared to the same period of 2013 to stand at 22,200, reproduced the CubaDebate website.

According to a report by the National Bureau of Statistics and Information (ONEI), between January and September 2014 arrived in Cuba a total of 2 million 223 thousand 454 foreign tourists. Until then, arrivals from China occupied 14th place and were increasing.

The portal China Business reported that more than 100 million Chinese will travel abroad by 2015; an extraordinary figure when you consider that less than 10 million left the country in 1999, while in 2011 65 million did it

“The Chinese tourist is the biggest spender. They have more disposable income and want to splurge. The average Chinese tourist will have an expense of about $ 6,500 because they enjoy shopping abroad, ”  Zhihang Chi, Vice President and General Manager of North America for Air Chinasaid during a tour of Latin America.

GestionPolis marketing site published an article entitled Approximation profile of Russian, Chinese and Japanese tourists visiting Cuba, by Master Rosendo Bermúdez Prieto, professor at the School of Hospitality and Tourism in Varadero, where some interesting ideas about the profile of Chinese tourists are targeted and why it is so appealing to Cuba.

It is said, for example, that the profile of the Chinese tourist is a professional or executive of between 35 and 54 years, traveling for leisure, performs an approximate stay of 11 days and stays in 3-4 star hotels. They do not care much for sun and beach preferring cultural and archaeological destinations for entertainment, but they love fish. One advantage for Cuba.

Most of their trips focus on inexpensive deals, although the Chinese economy is considered one of the most consumerist in the world, with an average expenditure over Americans. According to a study by Nielsen, those who come from Beijing, Shanghai and Guangzhou spend more money on their trips to Europe than in the trips taken to other parts of the world, with an average of $ 5,253 per traveler.

We can distinguish two distinct classes: businessmen and leisure tourists, but both categories usually travel in groups and almost always require for their visit a translator or guide who speaks both languages. The months of December, January and February generally represent 22.1% of the travels for Chinese tourism.

Ian Padrón: "They have to lose the fear of the new"