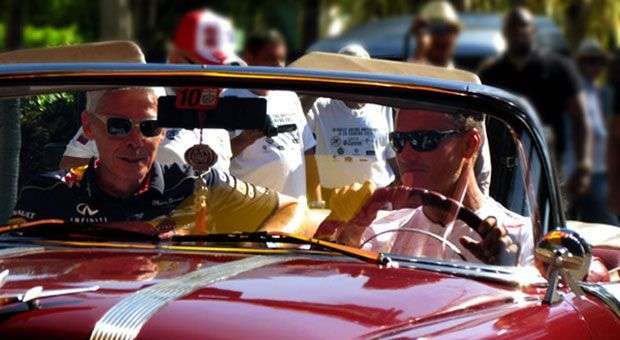 David Coulthard landed in Havana and just a handful of journalists and as many motor enthusiasts could identify him. He walked through the city like just another foreigner that roams our streets without grabbing our attention, although he is the world runner-up in Formula 1.

Perhaps the name is not too musical, maybe he doesn’t draw much attention, or has the familiar face of Michael Schumacher, Fernando Alonso, Lewis Hamilton and Sebastian Vettel, but Coulthard is the sixth best pilot in the history of racing, such and as reflected in his 62 podiums in the Formula 1 World Championships and 13 absolute wins in his 14 years competing at the highest level with the teams Williams, McLaren Mercedes and Red Bull.

Bold man, the Scot has always lived on the edge, not only by the logical risks of competing at more than 300 kilometers per hour in cars, but also because in 2000 he suffered a plane crash that killed the two pilots of the craft and he and his wife were saved by a miracle.

However, Coulthard slowed down the pace somewhat in its journey through the Caribbean, he visited to participate as special guest at the IX Regularity Rally Castrol Cup 2013, organized by the team of old cars “A lo cubano”.

Always smiling and accompanied by Tony Burrows, head of Red Bull Racing mechanics, the Scot drove a 1955 Pontiac convertible, owned by Cuban Jorge Achón, who lent his relic to the Member of the Most Excellent Order of the British Empire.

At the wheel Coulthard looked comfortable and this was confirmed after traveling the more than 70 kilometers of the Rally circuit. “This has been designed much at a Cuban style; you can see it in the streets. Riding in a car like this is fantastic, it has behaved in the best way, one can see the magic hands of those who maintain it, “he said moments after getting off the red Pontiac, which he chose after testing two models of Cadillac and Buick.

“I took the Pontiac because it was a convertible, very cool. Also by the characteristics of the motor, is a very comfortable car, “he explained. In this regard, Jorge Achón, the car’s owner said Coulthard was struck by the car, but knew he could not accelerate as much as in Formula 1, joked the owner, who purchased the car almost 17 ​​years ago by cheer chance.

“I bought it with a friend to give it away to an Italian who came to Cuba, but it never came back and I paid my partner his share to keep the car,” Achón reveals, who dedicated the following years to repair it a car he bought in bad shape.

“The car belonged to a man who was engaged in transporting merchandise from Pinar del Río to the Cuatro Caminos market in Havana. He used to bring viands in boxes and in the trunk pork, this had nothing to do with what we do now, “he explains, pointing to her glistening Pontiac.

“It didn’t have the original parts and I focused on getting them and repair it. In the end I did it and now almost everything is authentic: the engine, differential and gearbox, just was fitted an alternator instead of dynamo and disc brake system to replace the drums and give it more reliability,” Achón says.

The truth is that it was conditioned to suit Coulthard, who toured ten municipalities of the capital city without a guide, aided only by a map. “I found it very relaxing for the hospitality and friendship characteristic of this city as well as the passion drivers have for their cars, so among other things I consider it a really awesome event,” he said.

For Coulthard the Rally system is not unknown, because he participated years ago in a circuit called “a thousand miles”, in Italy, famous for the risky tranches. “I was there because one of my favorite riders won the trip in the 50s as well, this type of competition it is always about how beautiful cars look, sights of the cities, of the customs, of the naturalness of with which drivers circulate around, so I was particularly interested to come to Cuba. ”

Before parting, and after signing hundreds of autographs, Coulthard joked about his return to Cuba, which may occur in April next year for extreme jumps circuit or high diving also organized by Red Bull.

“I will train to arrive, I think if I lose five or six pounds I can show up with my Speedo swimsuit and participate, it will not be difficult, since I distill so much adrenaline I consider I can do it,” he said in a sample latent of constant intensity he lives in his life. 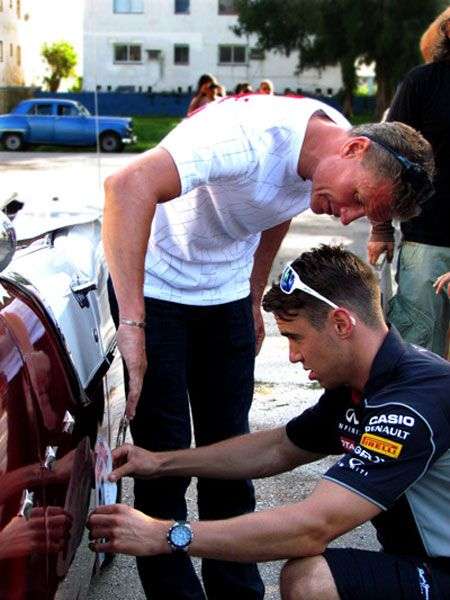 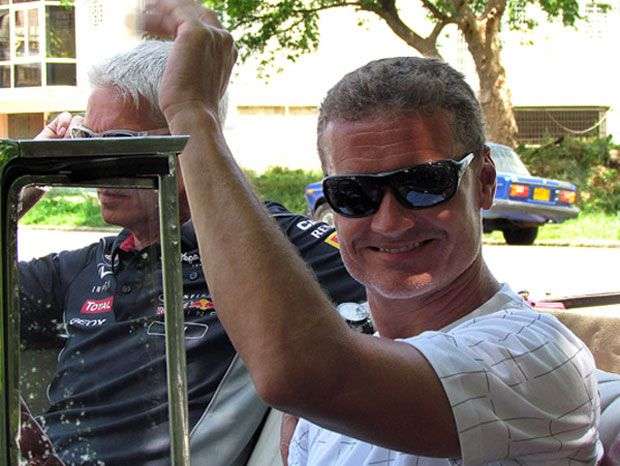 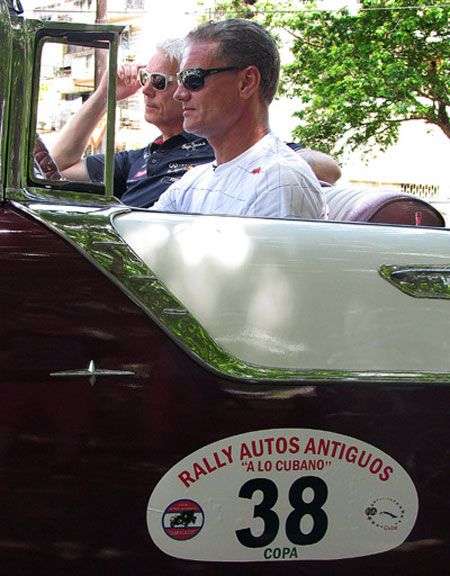 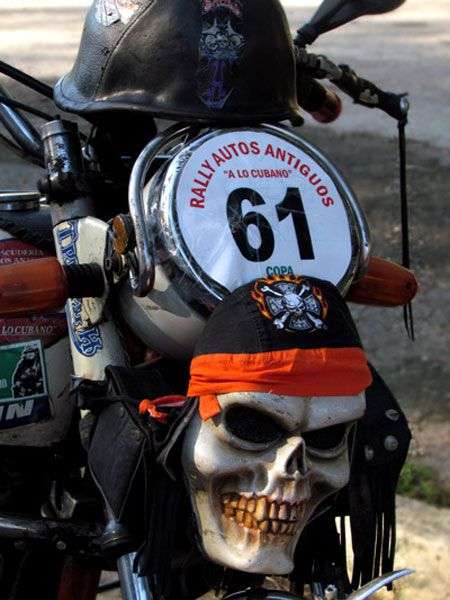 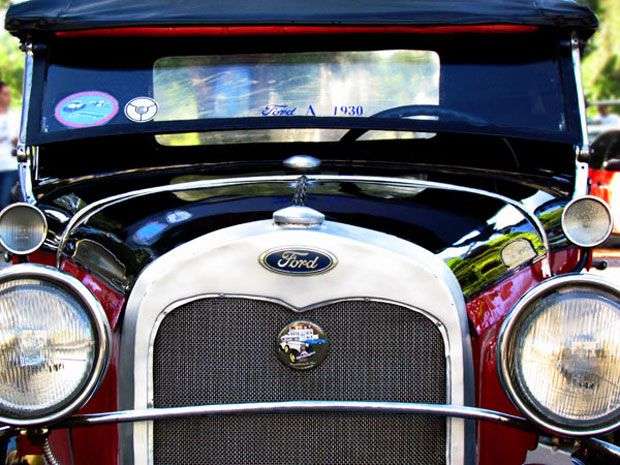 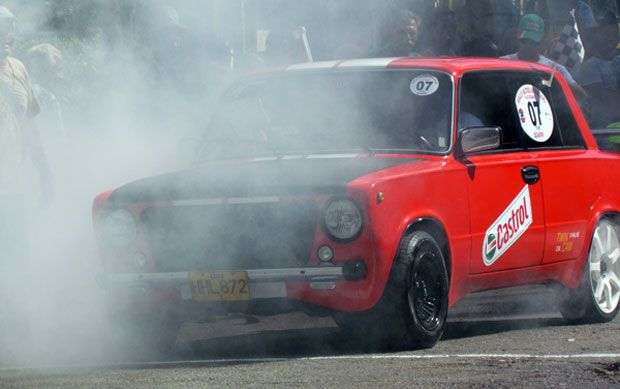 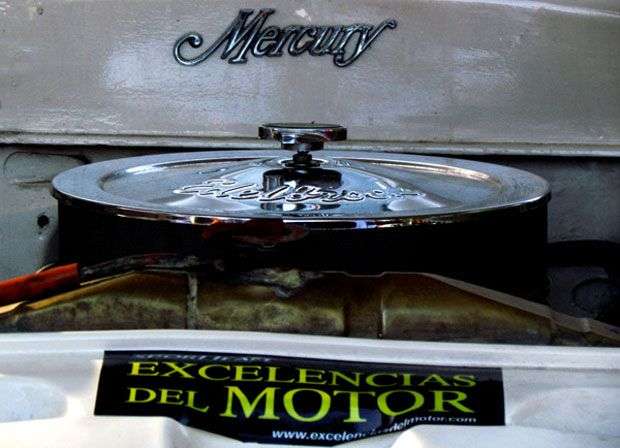 Omar Puente: “Placing the violin in the place it deserves”

Omar Puente: “Placing the violin in the place it deserves”

Jumping on the couch