Cuba, a name with native origins

eileen
in Technologies of Communication and Media
1 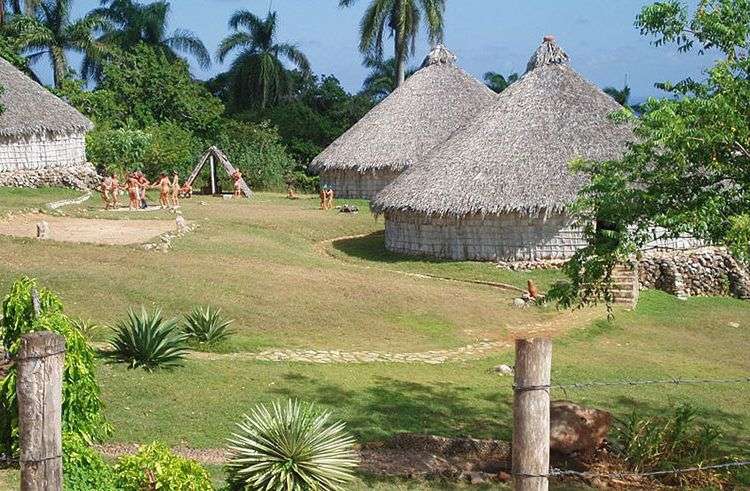 Colon wanted to name the island Juana, and then, by means of a royal decree, it was named Fernandina. If preserved, we would be called horrible names today. While the Spanish conquest changed the native names of almost the entire Caribbean, the “big land, properly sowed” – which is the meaning of Cuba – managed to keep its name. “When we say ‘Cuban’, we are using a native term by an autochthonous tribe called Taino”, explained professor and researcher Jose Barreiro.

Despite what specialists call “extinction myth”, the culture and the national identity still preserve a strong aboriginal influence, mixed with the European and the African. Therefore, the blending comes from three different sides. In fact, a study carried out last year revealed that 9,4 per cent of genes with native-American origins among the subjects analyzed.

According to estimations, in Cuba there are about 1800 descendants from aboriginals, grouped in about 300 families. The most popular are the Rojas Ramirez, in the mountains in the eastern part of the country; they have kept some traits, living styles and costumes from their first ancestors. “However, this is not about racial purity or frozen culture”, Barreiro noted. It is about indigenous awareness and self-reaffirmation, along with their biological trait.

Hammock, hut, tobacco, cassava bread, stories of small mythological creatures, remedies from medicinal plants… that’s the contemporary imprint. “Many Cubans are not aware of that legacy, that aboriginal imaginary that is a part of us”, stated Alejandro Hartman, historian from Baracoa.

If Latin American writers had to name objects and things –Carpentier would say– a lot of that work has been done already, the Spanish national variant comprises almost 400 words coming from the Tainos, said linguist Sergio Valdes Bernal. There are a lot of toponyms: Cumanayagüa, Jagüey, Guaracabuya, Güines, Cabaiguán…
“When we say ‘Cuban’ we are speaking in Taino”

Nevertheless, in Hartman’s opinion, prejudices from colonialism have cause indigenous people to be forgotten even in the Cuban history. This led to the assumption that they had disappeared for good. According to Panchito Ramirez, the elder leader of La Rancheria community, in Guantanamo province, who is called the Mountain Chief, many aboriginals hid in Cuba.

More than a hundred of his relatives fought in the independence war of 1895, in the “Hatuey” Infantry, under the command of generals Antonio and Jose Maceo. The list of names is comprised in the book of deaths of the Liberation Army, kept at the National Library. The book shows that Ladislao Rojas, Panchito’s grand uncle, held the rank of Captain.

Historian César García del Pino mentioned that during the storming of Havana by the English, aboriginals from Guanabacoa fought by the side of Pepe Antonio, a mixed race Cuban that had become the head of the troops and the defender of the village.

In 1945, the then young explorer Antonio Nuñez Jimenez, affirmed that during an expedition through the Toa river, a guerilla of aboriginals assaulted them because they thought they were surveyors, bad omens announcing the supposed soon expropriation of their lands.

Today, the children of the children of those farmers maintain similar characteristics that confirm their Taino origins. For example, deep respect and admiration for the elders, the honorific use of “chief” as a sign of recognition, oral traditions and spirituality.

Their harvests are guided by the moon; they always sow on waning moon –except for cassava, which is sowed on waxing moon– and thus assuring a good harvest. Barreiro pointed out those chroniclers from the West Indies used to add a lot of superstition to what is today understood as empiric science. Besides, their singing, dancing, their deep connection with nature, are part of their daily life and it is closely related to the life of farmers.

Barreiro believes the most important proof of indigenousness is the ceremony of tobacco. It is a common element in many native populations in the continent, as the Mayas, Quechuas, Iroquois andDakotas. During the ritual everyone make up a circle, they smoke and blow the smoke to the four cardinal points so that mother earth, the live world, hear their offering and payers. Peace, health, love, good luck… I’m sure these are also beautiful words in Taino.