Cuba opens against Mexico in the Caribbean Series 2014 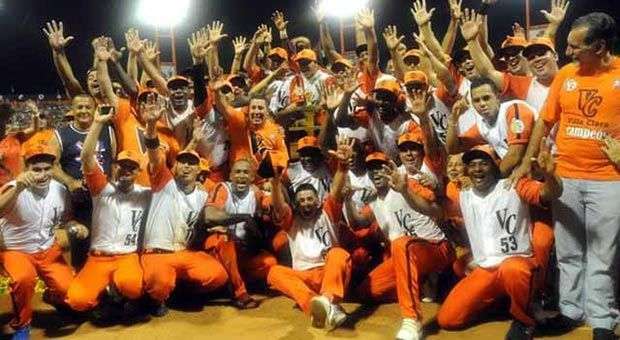 The unknowns related to the upcoming edition of the Caribbean Series continue clearing. Just a few hours ago, the organizers released the official calendar of the event starting on February 1, 2014. The Villa Clara team, the last champion of the Cuban domestic championship, will make its debut at eight PM that day against the winners of the Mexican winter league that is underway now. This game will be preceded by the opening match between the champions of the Dominican Republic and Puerto Rico at three thirty in the afternoon.

The confirmation in early December of Cuban participation in the event, which will be held at Margarita Island in Venezuela, motivated logical changes in the schedule. The round robin at two laps and a final game between the two leaders will not be repeated, as happened in the previous version held in the Mexican city of Hermosillo. There the local club Yaquis de Obregon won the crown in a spectacular game against the Dominicans Leones del Escogido, which was extended to 18 innings.

On this occasion it was decided to make one turn in each day there will be a break for one of the five selections. The team finished in last place automatically will be excluded from the possibility of access to the crown. There will be two semifinals matches where the first will play against fourth and second against third. The winners will play the final on the 8th.

2014 could be the Year of the Foreign Investment

Rum master: “The great secret of Cuban rum is our country”

Rum master: "The great secret of Cuban rum is our country”

Beauty Pageant Contest in Cuba to close the year