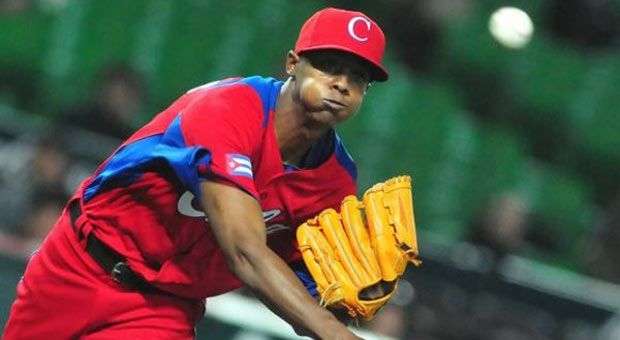 Both news are already socialized around the web and begin to travel on streets and homes throughout the country. One is accompanied by the usual air of mystery, the other official information. Let’s start commenting the latter given the importance.

When reading it there are many questions that crowd the mind because you can see only the tip of the iceberg. Anyway, that little detail is enough to foresee that this time there are significant changes in the structure and functioning of the sport on the island.

The Cuban government will begin implementing a new remuneration policy for athletes, coaches and sports specialists. This was announced by the various official media echoed the Council of Ministers meeting, held this weekend. According to the newspaper Granma on your digital site, discussion and approval of the legislation was part of the discussions on updating the Cuban economic model.

The details provided do not go beyond what was said in the previous paragraph. On the subject they will deepen in the coming days, the newspaper announced. Of course, the uncertainty is quieted a bit (or perhaps increased), from small strokes that begin to appear about what it will mean in practice that policy. Apparently there are two fundamental issues. For one expected an easing in individual efforts of athletes and coaches to be hired abroad, and closely linked to it should be a redistribution of profits obtained this way. A new deal that logically, and contrary to the reality that exists today, should raise the reasonable percentages entering the pockets of coaches and athletes.

In the end I believe that it is prudent to wait for the publication of the official document. Only then you will understand the true extent of the changes announced. It is not for play. We know that the precepts that guided the course of our sport, for over half a century, have been completely opposing dynamics governing athletic universe for quite some time. Is it time to give a real and definitive solution to this struggle of opposites? At least the deteriorating health of Cuban sport demands it. From Oncuba we will keep track of the disclosure the entire iceberg, and hopefully soon.

I almost forgot to refer the other news. There is a rumor, and it doesn’t seem too absurd, of the illegal departure of pitcher Raciel Iglesias, one of the great promises of national baseball. From statements made by sources close to the athlete for CaféFuerte website, it appears that Raciel left the island in a boat on Saturday and now his whereabouts are unknown.

At age 23 and with the conditions necessary to be in the sights of several major league scouts, Iglesias had a deluxe year the national team. He took part in the 3rd World Classic, the friendlies caps in the U.S., before a northern university team, and he was huge in every appearance he had.

Confirmed his departure, as pointed out in CaféFuerte, he would be the fourth player the national team loses this year, since previously Odrisamer Despaigne and Misael Siverio has “defected” in trips abroad while José Abreu left for Haiti in August.

The Mariel port terminal will begin operations in January 2014