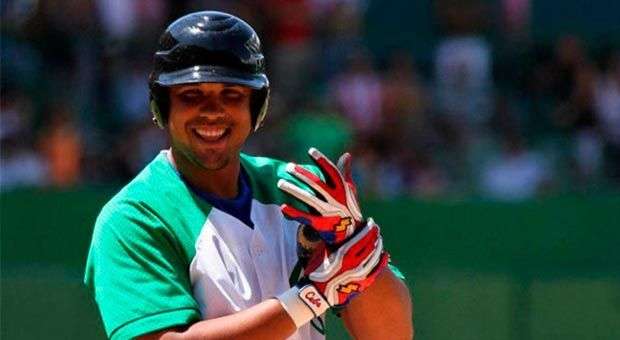 The stellar Cuban first baseman Jose Dariel Abreu could have signed this Thursday with the organization of the Chicago White Sox a contract for six-year and $ 68 million. The news has been strongly socialized in several sites linked to the majors. If confirmed, we would be in presence of the highest hiring of an international free agent in history, surpassing the $ 56 million received by Japanese pitcher Yu Darvish, by the Texas Rangers or an equal number of years.

The Cienfuegos´ player also left behind the $ 42 million (also in 6 seasons) of his compatriot Yasiel Puig with the Dodgers. In a commentary reflected by Jesse Sanchez of mlb.com, it is noted that for the only thing missing for the realization of the agreement is the physical examination, but it also circulates in some web pages that the Boston Red Sox and the Houston Astros are still struggling to get the services of “Pito”.
Ken Rosenthal, a reporter of Fox Sports, was the first who announced, through his Twitter account, the possible happy ending of negotiations between Abreu, his representative Praver Shapiro Sports Management and the White Sox franchise . (- Ken Rosenthal (@ Ken_Rosenthal) October 18, 2013).
José Dariel, 26, would be sharing on the field with two other Cuban players of renowned hierarchy in the White Sox: Alexei Ramirez and Dayan Viciedo. Then the status of Paul Konerko, current first baseman of the club, remains to determine.
After leaving the island last August, Abreu established his residence in Haiti. After receiving the proper permits from the OFAC, he earned the free agent status and made a live performance, in the Dominican Republic, before a large group of MLB scouts.
For now, we just have to wait to become official smiles and handshakes of those involved, and that no other bountiful portfolio to make, at the last moment, another offer hard to refuse.

Notes for radiology of the Cuban countryside

Panfilo, a new knight for the Roundtable