Yimel Díaz Malmierca
in Technologies of Communication and Media
1 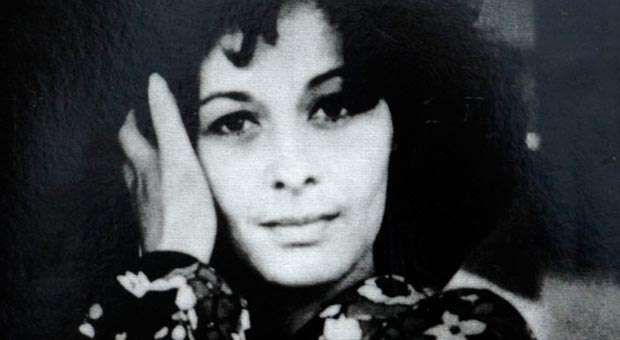 Beatriz Márquez (Havana, 1952) was born to sing, more than four decades of professional work prove it. A comprehensive register voice, authentic and melodious accompany her since adolescence and the DVD Spontaneously, her first album of the digital age , confirms her physical fulfillment, enriched with the interpretative maturity that only time provides .

The audiovisual material, produced by the Unicorn label, contains an hour and 15 minute of songs arranged for the occasion and the making off and a photo collection. Exquisite is the quality of picture and audio, the latter by Orestes Aguila , an engineer who gets everything out of the modern technology installed in the Abdala No 1 studio in the Cuban capital.

The concert we will enjoy took place on May 28, 2010. The confined space of a recording studio hosted once again, musicians and audience to create an intimate show designed months ago. Here Márquez dusted issues of her own authorship (Despídete de todo mi existir), by her father René (No respondo, En el cielo de mi vida y Espontáneamente) and by Rembert Egües (Alguien), Juan Almeida (No me grites y Es soledad), Roberto Vergara (Raíces profundas), Pedro Romero (Mariposa), Silvio Rodríguez (Te conozco), Armando Larrinaga (Como cada mañana), Manuel Corona (Santa Cecilia), Vicente Rojas (Amor, regresa a tu lugar), Pablo Abraira (Pólvora mojada) and Eddy Gaytán (Separada de ti ahora).
With Juan Formell she sang Una noche en Palma de Mallorca and Este amor que se muere,, the last song of great emotional force made by the creator of Los Van Van who is revealed once again , as a real sentimental character. This is the climax of the concert that to which contributes, without doubt, the solo performed by the young pianist Jorge Aragon.
The 17 songs were recorded in one take, without excessive fixes in post production. All this thanks to Beatriz is a performer “who never lost the pitch” – as described by Formell and to the fact that Rodney Barreto (drums); Yandy Martinez (bass), both Raul Verdecia and Venegas (guitars); Esteban Puebla (keyboards) and Tomas Ramos (drums) are exceptional musicians. In them the thrust of youth is combined with the skill and versatility that experience gives.
The concert also featured trumpeter Alexander Abreu whose sound is peculiarly noticeable in Te conozco, with singer Janet Valdes in a duet with Beatriz in Mariposa, and Luna Manzanares and Jessica Rodriguez, who do the chorus.
Some songs have more than three decades of existence, but arrangements by José Manuel Ceruto, who performs also as musical director, tenor saxophone and flute, make sound refreshed, contemporary.
The music goes beyond beauty and temperament. She is accompanied, however, by a simple visual discourse that speaks well of the filmmakers: Ian Padrón, director, and Luis Najmías Jr., in charge of photography. Both were seen in previous projects to show off a vast array of intellectual resources to baste own visual language, but in this case took the simplicity of the interpreter to let it shine without artifice. She does not need them, nor do they.
Spontaneously is more than the first disc of the Marquez, a work to feed and enjoy the nostalgia.

Adriano Rodríguez: I wish I could have recorded Pregon de las Flores with Celia Cruz

Adriano Rodríguez: I wish I could have recorded Pregon de las Flores with Celia Cruz