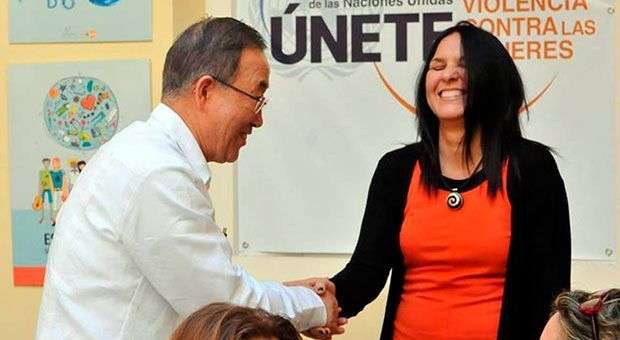 Maybe if we ask a man which is the role of women in current society, he did not draw the old image of women using an apron in the kitchen. However, changing mentalities entirely is very complicated when dealing with something taken as natural; conferred to socio-economical context, hidden after patriarchal concepts, or permeated by assignation of gender roles; violence against women and girls continues affecting the world today.

Cuban singer Rochy Ameneiro was inspired by this reality, and was also motivated by Dr. Julio César González Pagés, coordinator of the Iberoamerican and African Masculinity Network (RIAM by its Spanish acronym), develops the project ” Tod@s contracorriente”, which claims for gender equality.

Next to serve three years of created, the space stands in favor of a culture of peace and dresses in purple, as it is the color of feminism, “although on day 25th of each month we change to orange to show that we are fighting for no violence against women and girls, which was stimulated by the Secretary General of the United Nations, with ¨Unete” (Join us) campaign, its creator says.

Alba Cultural House supported this initiative from the start by opening the rock ¨Alba Women¨ to promote exchange and educate from artistic expression and dialogue.

Is there a life experience that made you to address the issue?

Like most women, I have suffered violence and although the original idea came from a conversation with Dr. Pagés, I think that everything I’ve lived provided me the determination to perform a task like this. In the past, I was a victim of a stalker, but I think that all women have been victims of some type of abuse, hence the interest.

How does the fact of living in Cuba influence on the development of this project?

In Cuba we have in favor the existence of several institutions that support us; likewise we have at state level the will of abuses and impairments to end. However, the fact of being Cuban women does not exempt us from being abused like other women in the world.

Although we have gained recognition through the years, we enjoy laws that protect us and an organization representing us-the Federation of Cuban Women ( FMC by its Spanish acronym)- we continue being victims of machismo, so our country had to join the fight.

“Tod@s contracorriente” has nurtured of various artists, initially featured such important personalities as Omara Portuondo, it also received support from Aldo Lopez -Gavilan, Santiago Feliu, and some time ago Julieta Venegas participated on it. Who else have joined the project?

Something wonderful happens to us and is that everyone wants to join us. The collaboration of our great Omara at the start was very important because she is a voice that everyone loves and respects in the country and even around the world .

The most beautiful thing is that not only women have joined us, men are also interested, and this is logical when we create an inclusive space: we are not the women against men; we seek for equality of both sexes.

Recently, we invited Mexican singer Alejandro Filio, well known in his country and who gave his official support through UN campaign Join us. His attendance was an important and enriching experience.

But not only personalities of music world are interested in the project, this issue sensitizes all kinds of artists, because although it came from the song, it has been linked to other branches of arts. The remarkable plastic creator Ileana Mulet has been with us from the beginning, and we have also worked with the poet Marilyn Bobes, writer Laidi Fernandez, among others.

It is significant to note that although I am the leading face of the space, there are many people involved. Each presentation includes several professionals, technicians, who are becoming aware.

There are millions of names throughout the Island in our initiative. When we went on tour around the Cuban provinces, we were always accompanied by local artists and shared scenario, lectures and workshops with them.

Similarly, the union of academics like Dr. Julio César González Pagés and all RIAM members, has a key role, because by engaging in activities they can teach the creators identifying violent elements in audiovisuals, in music, texts, expressions, not to continue spreading.

When Ban Ki-moon came, I sang accompanied on the piano by the youngest member of Join us artists’ network, my son Rodrigo Garcia who is 15 years old. At that meeting, the Secretary General of the United Nations referred to the campaign ¨El v aliente no es violento, ¨ which was launched late last year and is aimed at men. Here in Cuba those who have developed it everywhere have been the RIAM members with very good results. The event served to draw attention on the need to combine forces and end abuse, it was very helpful.

What about the more immediate plans of the project…?

In salute to the FMC Congress this year, we want to make a sort of concert tour, where will also be screened audiovisuals of what has been done so far. This will happen in all the municipalities of Havana, by being one of the provinces with the highest incidence of aggression: the concerts will be a call to conscience.

In addition, it will be soon released a DVD of the first tour containing everything that was done and includes recordings of the visits to the schools where art Instructors are formed.

One of the tasks of musicians is to convey an adequate aesthetics; I am on a mission to educate the new generations.

The ultimate purpose would be that violence to be e xtinguished, but this is a long fight. The largest reward and the biggest dream also is to have some results and show that the work has not been in vain and that all the wasted efforts serve to improve society in some way. Hopefully people will continue to include and the road will be shorter. 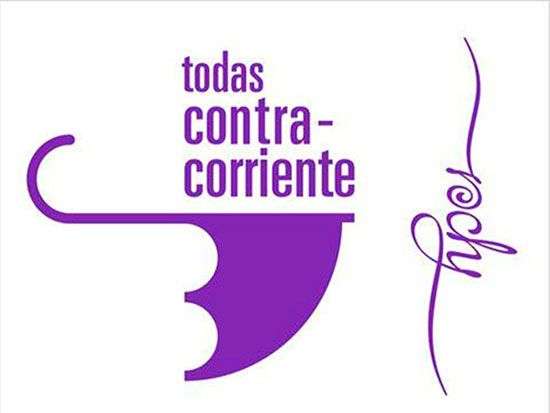 What was lost inside and outside the classrooms

What was lost inside and outside the classrooms

Within days, Monologue Festival in Cienfuegos

Geo - Grafica: exhibition of Cuban designers around the world