byDavid Corcho
in Technologies of Communication and Media
0 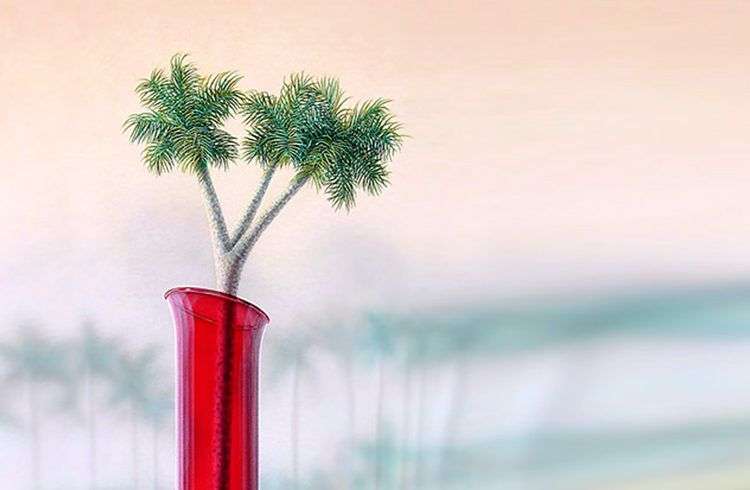 During the last couple days much has been talked about the news on the resignation of the heads of the magazine Espacio Laical. In some media of the Cuban diaspora and in some websites, specialists or citizens in general have commented or explained the reasons that led to such decisions.

Unquestionably, Espacio Laical had taken a relevant space within the public national atmosphere due to several reasons.

It is true that the media in Cuba is not very critical: it lacks independence and determination to face the complex Cuban reality. Besides, debates in Cuba, mostly about politics, end up in disrespect, violent chiaroscuros with no room for practical judgments.

Espacio Laical had managed to get away from both misfortunes: it had not only stood up by criticisms but also by composure and balanced reasoning. However, there was a turning point in its course, which revealed disagreements and struggles within the Catholic Church and makes us think of a change of nature of the magazine; i.e. a change in its editorial profile.

This brief article may perhaps contribute to understanding the reasons for the creation of the magazine, its active role till present day, and the consequences this might bring about for the Church. These opinions are supported by a recent research which analyzed 32issues of the magazine between 2005 and 2013, and by interviews carried out to a number of renowned Cuban intellectuals within the country and abroad.

Espacio Laical was born in 2005, when a group of laymen, supported by CardinalJaime Ortega, Havana’s archbishop, decided to re-launch a former editorial project. The project was called Espacios and had been shut down, as it would occur two years after with the magazine Vitral.

It is likely that the shutting down of Vitral had had some influence in the transformation of Espacio Laical, from a simple Christian magazine to a body with important political concerns. Some data taken from the abovementioned research corroborate it: prior to 2007, Espacio Laical had barely devoted 27 articles to political issues; nonetheless, the following year (2008), after the shutting down of Vitral, it amounted to 134 and the number of religious articles experienced a considerable decrease.

Another event that had some influence in the creation of the magazine was the transformation promoted by Cuban authorities for a few years now, which contributed with making this sector of society, of the academic world, of the cleric and even of businesses, more visible; in disagreement with the nature and speed of reforms.

The opinions by this group of people, their political attitudes and strategies, have been described by different authors – Haroldo Dilla and Carlos Alzugaray— as “critical”. Espacio Laical used to be one of the few means of expression of this sector.

It had become a reference point as a result of institutional changes in Cuba.

It is necessary to highlight the persistent and valuable work by Roberto Veiga and Lenier González; without them this publication would not have existed. They were the face of the magazine: they looked for collaborators and stood up to the lashes by a sector of the Church unsatisfied with their political stands; they devoted their time, efforts and health to turn Espacio Laical into a point of reference in terms of institutional reforms in Cuba and the debates these have brought about.

Their resignation can negatively affect, at least, half of collaborators and influences of the magazine, and with it, their editorial line as well.

Then, why the barons of the Catholic Church decided to “renovate” the heads of Espacio Laical?

Apparently, this sector of the church disliked the autonomy and the political character of the magazine.

As to the autonomy, there is not much to say: Espacio Laical used to coexist between the Church and the civil society. The protection of eminent Catholics, the brave and persistent work by its founders and the current political situation turned it into something else rather than catholic.

Regarding the political character of the magazine, it is necessary to point out a few elements. During its first years (2005 a 2008), Espacio Laical could be considered as another face of Cuban Catholicism, a regular magazine that would go unnoticed through national public life. Yet, in 2008 that humble editorial project underwent a metamorphosis.

Significant and valuable analysis appeared on subjects that range from the history of the Church to more earthly issues such as economic crises and political systems. From then on, prestigious authors started to write for this magazine, many of them are not catholic and some others are Marxists and atheists.

It is precisely this variety which turned it into one of the most interesting and polemic spaces in recent years in Cuba. The harmonious coexistence of Marxists, liberals, anarchists and social-democrats, without badly handled disasters and disagreements, is a rare phenomenon.

Espacio Laical managed to become a means of expression for the Cuban left or central left wing within and outside Cuba.

As a set of political opinions more or less coherent, this left wing has some particular characteristics: it is somehow committed with the nationalist ideology; it nourishes from the Marxist tradition, but also –hungrily– from its liberal way of thinking committed with democracy and social justice. Finally, this left wing, heterodox and fragmented, doesn’t believe in the official speech or in the rhetoric by dissidents.

In this regard, the resignation of the heads of the magazine is probably a new episode of the former relation between clerical conservatism and mundane progressivism. It is likely that the catholic barons don’t feel at ease with this moderated left wing.

Nevertheless, if conservatism won this battle –as it seems–, the Church has lost more than it can imagine.

Today, Cuba is going through a process of changes, which marks –as the ancients used to say– the spirit of our time. Thanks precisely to a magazine like Espacio Laical, the institution within Cuba with the biggest concerns on the rhythm, nature and political philosophy of reforms, intellectual Catholics were able to express their viewpoints on current topics so that the Church wouldn’t be left out of debates. This seems to be over now.

Every decision has its price, this is not the exception. In a country where intrusions against debates are usually related to bureaucratic censorship, it is hard to step in reflection and critic spaces with certain discredit, without being labeled as accomplice of that common but disliked practice.

Will the Church be able to stand up in the future as a sector in favor of pluralism?

There is no other option but to wait for next issues of the magazine. However, if in time many of its collaborators are no longer present in its pages, or articles loose their characteristic quality or political nature, it is likely that this sector of the Church will be labeled as “interceptor” and will have a hard time trying to improve that image.

It is possible that the Church had slammed the spirit of our time and thus deprives from a useful scenario to debate on current changes in Cuba. If this happens –it is impossible to be certain about the future–, it would be a loss not only for the Cuban society but also for the Catholic Church.

Vicente Hernandez, an antidote for nostalgia