“We have to publish literature from the exile” (I) 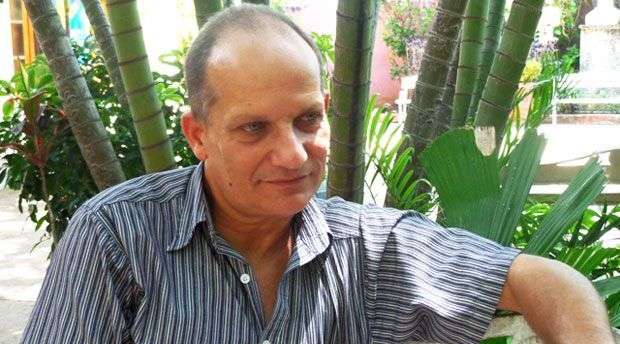 Arturo Arango is without doubt one of the most renowned Cuban storytellers of his generation, and an intellectual, besides his creative work as such, has always maintained an ongoing study of the reality around him. Therefore it is no coincidence that OnCuba has wanted to talk with Arango about the current status of all Cuban Literature, which is made in and outside Cuba, and the relationship between productions are born separated regarding physical space.

How would you assess the present time regarding the access of the island reader to the work of Cuban writers who live abroad?

I have the certainty that the Cuban reader’s access to works that are published outside of Cuba is very, very poor, and not only to the works of Cuban writers living abroad but many from within Cuba who are published by some non-Cuban publishing houses. I think it’s a work our institutions have still pending.

I know that currently the Dulce Maria Loynaz Center is preparing a place to buy or receive donations of books by Cuban authors who have published in foreign publishers, action that will be welcomed by many Cubans outside writers, I commented with some even they said they were willing to donate their entire libraries to the Cuban institutions. For this to be possible it is necessary that Cuba (government, institutions) cover transportation and other costs, and we know that the Cuban institutions may lack the resources to carry out actions of this nature.

But yes, there is a significant area of contemporary Cuban literature not published in Cuba, and to which the reader and I think not even critics have access to. They are books that come in various ways, passing from hand to hand, according to the interest aroused they are are more or less spread, but always this dissemination is not yet done institutionally.

We now in La Gaceta de Cuba, from the number three this year, we have initiated within the critics section the publication of little notes just to account for actions taken outside by the Cuban culture of the island, of any kind, not only about literature.

I get some books of writer friends who live abroad, and we are taking advantage of the information we receive, we are making a small network to have this information and at least give the news that the book, exhibition, concert, film, is around.

This lack is strong in literature, in creation itself, but I think even more so in academic studies. For many years in academia, especially American, there are many Cuban professors and researchers doing serious work with diverse views, a theoretical tool usually solid, and these studies are mostly unknown in the Cuban Academy , which has for us many times the effect of “discovering the latte”, that is, from here you make thesis and doctoral degrees on important figures of Cuban literature and thought, and these studies are unaware of what already been done in this area or in other parts of the world. I think it is a crucial issue to be solved soon.

Does this phenomenon happen in reverse?, do they work there unaware of Cuban iresearches?

It happens, but less, because outside there is more access to what is done here and especially in the United States, let alone Spain, Mexico and other countries, but in the U.S. there are libraries that are well-nourished with  Cuban literature and press, and not just from today.

For example, a researcher as diligent as Carlos Espinosa Dominguez has found jewels in the collection Diario de la Marina which is in a library of Florida (I cannot remember if at the University of Florida or Miami). The book published by Ediciones Union, prepared by Carlos, with all the “Successive or Havana coordinates” by José Lezama Lima, came out of research with these files that are not complete here.

We should note that these are digitized libraries, and a system that allows great circulation of books between the universities themselves. In that sense, they have a considerable advantage over us that I don’t think we can achieve in a short or medium term in terms of easy access to information. The advantage is that we are smaller, we are less and could also take advantage of digitization now, I am sure there are many studies, many books that could be in digital format and you could go to the library and copy them to the flash memory. But that, like others, are actions to be done urgently.

Do you think that literature Cuban writers do in the Diaspora in other languages, is Cuban literature?

The theme of literature and language is complicated and I think the contemporary world presents transnational phenomena that are making of nationality increasingly less useful. I have the impression that there is also a factor that has less to do with the language, and this has no theoretical basis, but an intuition that with an attitude of belonging of the writer.

There is a double example that serves me greatly: Mayra Montero and Achy Obejas. Mayra Montero over the years has been approaching Cuban literature, but as a writer born in Puerto Rico, on a literary level akin to her aesthetic interests, with the same language, and she was formed as a Puerto Rican writer, she had no differences with the space she became a writer in.

Achy, however, was formed in the United States, writes in English, except some of her poetry, but her narrative, all his novels, I think, are in English, however, she has always felt a Cuban writer, because her whole reference system, and her imaginative universe and  literary affinities are Cuban. This further complicates the issue.

The two frequently come to Cuba, have been published here and there in their cases there is no political rupture, or rejection, on the contrary, but the way in which they were formed and the sense of belonging that they developed once they were writers, are two very different faces of Cuban literature, one much more Puerto Rican than Cuban in her work, and one that is more Cuban than American in her writing.

That transnationality of which I spoke is growing, more and more national borders are erased, which from Cuba feels less, perhaps, because all Cuban culture is very egocentric, being an island also makes us a culture that is very self-referential. It rarely establishes bridges with other literatures, even in the same language. In Cuban literary studies hardly anyone associates a writer here with their counterparts in Latin America, nor associated processes that may be close or contrasting. All this despite the excellent work of the Casa de las Americas, carried out from the 1960s, and that there was a continental idea of literature as a colloquial poetry, the boom of novels.  .We became isolated and now literature is very closed in on itself.

But I think those outside think differently, and of course those in Spain, in Mexico, even those who move around Europe, obviously they develop another sense of national belonging.

The Cuban case is somewhat exceptional. There is often an interest in updating and constant exchange with the reality here, that somehow prevents the completely assimilation of other realities and they lose their sense of belonging to Cuba.

Is in your opinion sufficient publication in Cuba of critical works about the literary work of Cuban writers of the Diaspora?

Although it has grown a little the publishing of critical works in Cuba on Cuban writers that are published abroad, they are still very inadequate and, of course, whether the works of authors who live abroad are not known and not yet there is a center where they can be found, is much harder to have those critical approaches.

Yes I think the problem has been alleviated somewhat by the relationships between those who are here and those who are there, which mostly are no longer of antagonism. Here and there are still some aggravations, but overall relations have systematized and that results in increased disclosure in Cuba, either from hand to hand, of works that are published abroad.

Some scholars have attempted to systematize the work. Of those who are outside, I already spoke of Carlos Espinosa. Carlos regularly publishes Cuban authors book reviews in Cubaencuentro, and maintains a very smart balance, very well thought out, dealing with books published in and outside the island. Also Vitalina Alfonso has been dedicated to tracking the work of Cuban writers; we recently published an excellent interview she made to Daina Chaviano-, and other topics of Cuban exile literature. But there are many who have dedicated themselves to follow that line, and I’m sure that anyone can provide names of authors published abroad that others do not know.

Does the name Alejandro Hernandez tell you anything? He is an important Spanish film writer and storyteller. In 97 or 98 he published an excellent novella called The mile, in the collection Pinos Nuevos. He lives in Spain and has at least two great novels published there, Some demon and Blind Gold, which may appear in Cuba, but here he is very little known, even as a writer.

What do you think would be the contribution of these critical studies to the issue?

First of all, I think it would make these writers in Cuba known, putting them in the national literary corpus.

I had the opportunity to meet Gaston Baquero when he was very old and was living in a nursing home in Madrid, he was amiable. He who had been very reactionary in his youth, linked to the Diario de la Marina, near Leonidas Trujillo and Fulgencio Batista, at that time was beyond good and evil, had passed through the stages of his political stages in life and had enormous anxiety to be recognized in Cuba and gave me the impression that he had realized that his literary significance depended mostly if he were known and recognized in Cuba.

There’s a critical work already undertaken, but in which we still much to do: how to place these writers in the corpus of Cuban literature, in which place they are, what their works have given to Cuban literature, how they change it, how to break new ground. Cuba has published important studies on Baquero (of Walfrido Dorta) on Mañach (Duanel Diaz), Cabrera Infante (Elizabeth Mirabal and Carlos Velazco), among others, and is also the enormous popularity that has given Cuba Gazette to what has been called “literature of the diaspora.”

Now, for example, Jorge Luis Arcos in Spain has just published an excellent study on the work of Lorenzo García Vega, a writer largely unknown in Cuba. But the book appeared in Spain, so we’re back to the same thing: the snake biting its tail.

“Making a video clip in Cuba is not easy at all”