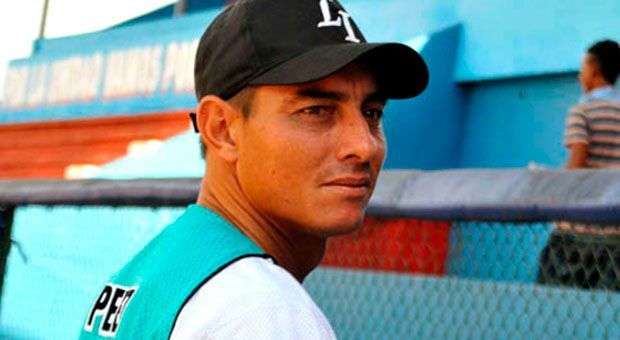 It is another monument to the art of cryptology and saying nothing. A note issued by the Commission of sport and INDER in the Isle of Youth, reads that the international Wilber Pérez , main pitcher of the Isla de la Juventud team and veteran of the III WBC, was suspended for one year of any activity related to the ball for unsportsmanlike conduct.

But the statement never said what was involved in his indiscipline, and fans wondered what may have caused the lefty to deserve such punishment. Judging by the closest references, he could have hit an umpire with a bat, taken down his pants or sat on the mound of Cristóbal Labra stadium…

According to the text circulated and amplified, Wilber had a “misguided action “that” damaged the image of his team and the best performance of the show” , while affected the possibility that the Pirates improved their result of last year.

OnCuba contacted sports authorities in Isle of Youth to know what the pitcher age 37 and 13 seasons did. In good Cuban, Wilber threw the game down the drain that his team lost 4 × 17 to Industriales. He began to throw very slowly without the wind-up, and asked to be relieved because his arm hurts. Then in the bench, he staged a bitter argument with manager Armando Johnson,

According to sources close to the team, all started by a defensive error that upset Wilber who was already having a bad game. Johnson chided Wilber for his attitude, but the pitcher replied that he was not the only culprit. The truth is that in 3 and 2 thirds he allowed 6 runs, six hits, struck out one and walked 7, most of them on purpose.

Thus this season ended for Wilber, which has had more soap operas than usual. The lefty finally worked in 21 games, opened 20, won 7 and lost 8 with a 4.86 earned run average, 58 strikeouts and 68 walks. This separation may be it, given his age, and that could end his career without reaching 100 victories since he has balance of 95-94.

Beyond this (other) incident that confirms the pathetic state of Cuban baseball; the unfinished subject is still transparency. Things happen and they don’t say how they happen, giving rise to rumor and sterile speculation. Had not the grim match between Matanzas and Villa Clara Feb. 17 been televised, God knows what we would have said, what would euphemistically describe Demys Valdés assaulting Freddy Asiel Alvarez with a bat and disfiguring Ramon Lunar’s face.

It is not the first time something like this happens, not just in baseball. Many still wonder what UNEAC meant with that statement in 2007 in which they spoke on certain “righteous indignation of a group of intellectuals”, without specifying why they were angry, let alone not to mention the email war underway in virtual Cuba.

But that’s another story. At least now we knew what Wilber Perez did, rather, what he did not do: respect his fans. Maybe he said “if others do not respect it… why would I?”