Who is behind Qva Libre’s image? 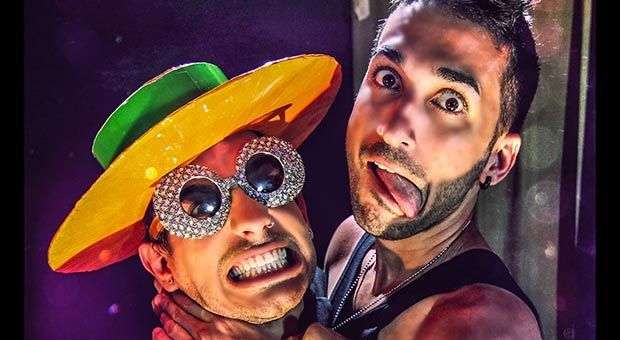 Within the broad range of Cuban video clip, Cuban Jose Rojas stands out as one of the youngest producers that are already distinguished by its own aesthetics. OnCuba talked to this young producer,who recently graduated from the Cuban Higher Institute for the Arts (ISA, by its acronym in Spanish) andis already recognized bymany behind Qva Libre´s image.

How was your initiation in audiovisuals, specifically in video clips?

I began as editor and post producer. I developed my first works by sitting in front of a computer, they got to me already made and I enriched them by means of graphic design. Then, at school I began to do some works for the class, Amateur Festivals, but always within the university context, until I made some others that spread a bit more as for instance my work for the Caribbean Games for the Higher Design Institute (ISDI by its acronym in Spanish), which didn’t stay within the university and many people saw it. At that moment it was extraordinary because it was shot with an IPhone and no one could believe that, our work was quite newand I did it with a couple of friends from school. The Cuban reggaeton group Los Desiguales saw it and they came to me for producing a video for them with that characteristics and that was my first video clip: “Otra dimension”. They really liked my work and from that emerged some sort of contract that not only included shooting, but handling the whole image of the group.

But you got some recognition with Qva Libre…

Qva Libre saw the videos for Los Desiguales in the television, on the streets, in night clubs and they got in touch with me and we started to make a joint video between Qva Libre and Los Desiguales. I was involved since the beginning, since they started working on the song and then, they decided to change their image in the video but maintaining some of the lines they had already established. And from there on I can say that my artistic career with Qva Libre began.

In your opinion, which works have outlined your career and have placed Qva Libre in their current position within Cuban video clips?

First, “La Tremendonga”, because it is a complete work and is a video I’m deeply identified with. That’s my video, though there are others, but I treasure unique memories and experiences from it. I had to start from scratch for “La Tremendonga”, creating a logo and graphic design for the group which included dressing, scenography, makeup, etc. The only thing they kept was the hats and we had to transfer their craziness to a fantasy world following the visual norms that identifies them, such as plain colors, typographies, cuts, images, a set of elements to make it look like a cartoon with real characters.

There is also “Fiesta Crazy”, which has different visual elements. “La Tremendonga” was shot in a doll house, “Fiesta Crazy” in a cardboard beach maintaining the same codes of a fantastic world but in the beach with real characters. Qva Libre’s videos are about characters looking for a certain object, which in this case was to take a swim in the beach, enjoy themselves. This was actually the idea for “Mueve tu cucu” but we made some readjustments.This was more complete than “La Tremendonga” because it was better conceived in many regards. By that time I already had some experience and we were able to strengthen photography and visual effects.

“Cuando tú dices que me amas” was completely different; it was like moving from 2D to 3D. Carlos Diaz asked me to shoot outdoors and take that fantasy world to the streets and then I recreated three stories because the three singers: Carlitos, Lenier and El Ruso, entered in different moments of the song, so it gained in terms of visual effects and continued with the characters of the imaginary world, but more real. The video was filmed in the Botanic Garden, La Maison and El Salado beach, with a fantastic touch.

They say I changed their life in terms of their image, I marked a before and after for them. For instance, from “Ando Caliente”, their last video before me, to “La Tremendonga” there is a noticeable difference; even from “La tremendonga” to “Cuando tú dices que me amas”, the image is more mature. I do everything for them, including flyers for the presentations, spots, souvenirs, calendars, stickers, posters, and even the decoration of the stages where they perform. I handle everything about their image; I don’t even miss a thing.

The humor expressed in your videos in carefully elaborated codes contributes with shaping the seal that defines them.

Yes, humor runs in my blood. I like to give a humoristic touch in every video, I have made serious videos but they end up as something else. However, with Qva Librethis is like a party because we blend, and that’s a basic element for maintaining humor. Thatis present in the videos for Los Desiguales but in a different way, while in Qva Libre´s overacting is intentional; as well as exaggerating a phrase, a look, a gesture. In “Cuando tú dices que me amas” humor is conceived in a way that makes you laugh if you feel like laughing, otherwise you don’t. Yet, in “La tremendonga” and “Fiesta Crazy” you have to laugh.

Certainly, Jose Rojas and Qva Libre are a binomial. Are you thinking on going beyond video clips in terms of audiovisuals?

For a while now we have been thinking about doing some sort of short film for people to see everything that happens behind the cameras. It would not be a documentary, but a short film showing the process of making a video clip, the rehearsal of a concert, an evening at the Café. It would be about Qva Libre’s way of living life…

Espacio Aglutinador celebrates its 20th anniversary on a tour

Chronicle for a dancer

Declarations of the LMB, the FBC and the Piratas de Campeche on Despaigne case