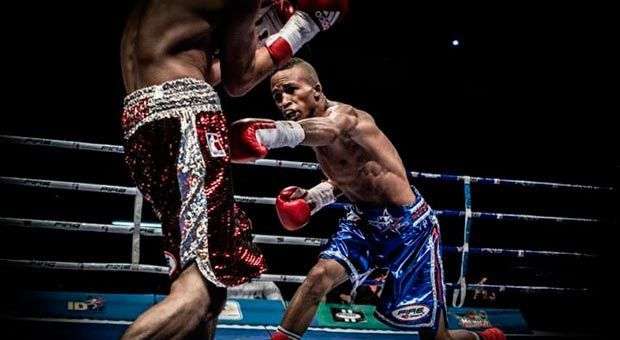 When there are just a few hours remaining to the start of the World Series IV AIBA Boxing (WSB), expectations for the debut of the Cuban team in these conflicts is making headlines in dissimilar media. On Friday, our “Domadores “will face the Mexico’s “Guerreros”, the beginning of a difficult path towards the title, to be disputed in May 2014.

Located in the “Group of Death”, the Cuban team will have epic battles in its World Series debut. The pairing had it sharing group with the current monarch of the event, the Kazakh team “Astana Promises”, as well as with powerful “Russian Boxing Team”. The remaining franchises that complete this section B are not far behind in terms of the quality of his boxers. They are: the Polish “Hussars”, the “Baku Fires” of Azerbaijan, and the aforementioned “Guerreros”.

Unlike previous versions where only five divisions were called, this time they will fight in the ten Olympic categories. The fights are agreed to five rounds of three minutes each, no shirt or headgear. The voting system is focused on the outcome of ballots by individual judges (10 points to the winner of each round and depending on the observed advantage 6-7-8 or 9 to the defeated boxer) , as it happened in the last world amateur championship .

Each franchise will hold five fights at their rivals home, and as many as its venue. The Cuban team begins its walk through Aztec lands in the Six Year Plan Sports Dome in the Federal District. Worth remembering that ” Domadores ” and “Guerreros ” made a preparation match in August, marked by the victory of the Cubans in seven of the ten fights.

As reflected in the official website of the WSB, for this first day they will have the following matchups:

The last representative of the “Guerreros” is French, and will be one of the foreign fighters to strengthen the franchise, as accepted by the rules governing the competition. The only team that exhibits no foreign fighters on its roster is the Cuban one, who also happens to be the second with the least amount of fighters enrolled: 21.

The challenge between them will have its final battle on January 18, 2014, when Havana will welcome the five remaining categories: 52kg, 60kg, 69kg, 81kg and 91kg. The complete schedule of the Cuban team during the group stage is designed as follows:

For the Cuban public, the arrival of the World Series at the Cerro Coliseum represents a unique opportunity to enjoy live, the best AIBA boxers in the world. And our fighters will be fighting at home , with the full support of thousands of fans and therefore assume that much less pressure in relation to the actions of the jury.

A lot of expectation has also caught here on the island, the possible design of the show which is the organization of these boxing evenings. Bombastic lighting sets and boxers entry accompanied by the hip- hop theme of the moment, official presenters with the powerful and hilarious voices are some of the details that the Cuban fan do not want to miss . Even some people are trying to learn if there will be stunning models to announce the beginning of the rounds.

The invitation has been made , this Friday November 15, at 8:50 pm, “Domadores “against “Guerreros”. The Sports City will debut as host on December 7. From OnCuba , we will be giving full coverage to the participation of our squad in this World Series IV . I leave you with some words from Pinar del Rio’s Lazaro Alvarez, who retained his world crown a few weeks ago, and in an interview that collects the WSB website said:

“The WSB is an event that requires a lot of preparation, be focused entirely inside the ring and outside it. It will be very important to develop a tactical plan that allows us to respond to the greater experience of many of our opponents in these five rounds fights….we just have to adapt to the time and distance of flights, the constantly changing time zones, and other characteristics of the countries to which we will travel … “

“The team has great expectations for the beginning of the WSB, we want to test the impact the presence of Cuban boxers in the competition will cause, as we have always done in Olympics and other events … going with the aim of reaching the end …”

Van Van, the genuineness of the music of Cuba and the Latin Grammy Awards