The invitation was made by Turkish Foreign Minister Mevlüt Çavusoglu during a meeting this Saturday in Havana with his Cuban counterpart. 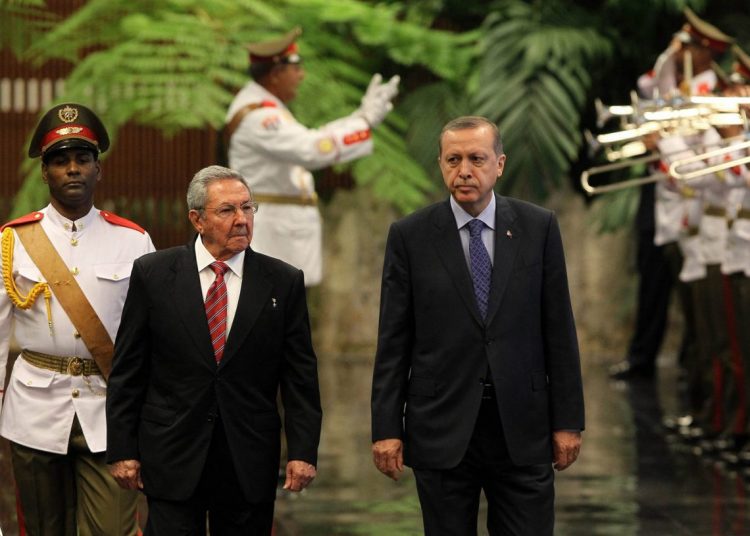 This Saturday Cuban Foreign Minister Bruno Rodríguez received in Havana his Turkish counterpart Mevlüt Çavusoglu, who forwarded an invitation for an official meeting in Ankara between the leaders of both countries.

“We hope to have the honor of welcoming him in Turkey this year,” Çavusoglu told the media, after extending to Rodríguez an invitation addressed to Cuban President Miguel Díaz-Canel for a bilateral meeting with Turkish President Recep Tayyip Erdogan.

The foreign ministers of Cuba and Turkey also pledged to strengthen bilateral ties between both countries, considering that “there are many opportunities and a promising future,” according to the head of Cuban diplomacy.

Rodríguez insisted that “there is a great opportunity” to develop bilateral relations despite the fact that “the international situation is complex,” in an apparent reference to the crisis in Venezuela and the strengthening of U.S. economic sanctions against Cuba by the government of Donald Trump.

Cuba and Turkey agree in their support for Nicolás Maduro’s government in Venezuela, in opposition to more than 50 countries ―among them the United States and the states of the European Union― which recognize the parliamentary leader Juan Guaidó as interim president at a time of serious political and economic crisis in the South American country.

So far this year, the Turkish foreign minister’s trip to Havana is the second of a representative of the government of Erdogan after the visit in February by Deputy Minister of Commerce Gonca Yimaz Batur to attend the first session of the Cuba-Turkey Business Committee.

On that occasion, the bilateral 2019-2020 Action Plan was signed to promote trade and investment, as well as the exchange of information, the organization of business missions, participation in fairs and other types of exploration of the respective markets.

A memorandum was also signed by the Group of the Biotechnological and Pharmaceutical Industries of Cuba (Biocubafarma) and the Association of Pharmacists of Turkey, with the aim of increasing collaboration.

The commercial exchange between both countries in 2018 reached 44 million dollars, and this year Havana and Ankara plan to increase this figure to 50 million dollars and reach 200 million in the future.

The textile sector, agriculture, tourism and maritime and air transport are some of the areas with business opportunities for both nations.

Cuba and Turkey, which have maintained diplomatic relations since 1952, have relaunched their commercial links and exchanges at the government level in recent years, and also cooperate on regional and international platforms.

Their diplomatic relations received a new boost with the visit of Erdogan to Havana in 2015, when he was received by the island’s then President Raúl Castro.

In 2017, Foreign Minister Bruno Rodríguez became the first Cuban foreign minister to visit Ankara, where he highlighted the good development of relations with the Eurasian country during a meeting with his Turkish counterpart.