The Cuban authorities affirmed this in a meeting this Friday with representatives of foreign companies and the diplomatic corps in Havana. 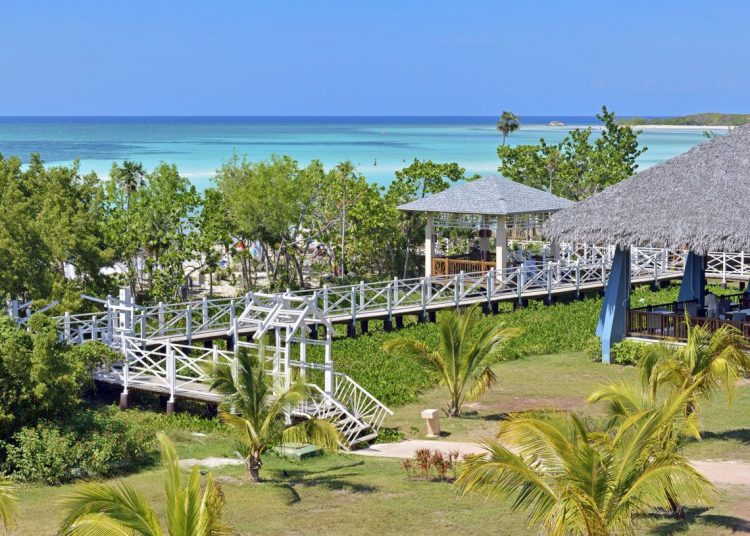 Cuban authorities affirmed this Friday that they will apply “all legal guarantees” to protect the businesses of foreign companies on the island in the face of the U.S. activation of Title III of the Helms-Burton Act, which allows filing lawsuits against firms that operate with properties confiscated on the island by the revolutionary government.

Cuban Minister of Foreign Trade and Investment Rodrigo Malmierca made that statement during a meeting of representatives of foreign companies and the diplomatic corps in Havana with a group of state officials, according to official media.

“The Cuban government ratifies its resolute opposition and ensures that it will apply all legal guarantees to protect the businesses that exist in the country,” said Malmierca to businesspeople with interests on the island, mostly from the tourism sector.

Last May 2, the Donald Trump administration activated for the first time Title III of the Helms-Burton Act, which gives the green light to U.S. citizens to file lawsuits in U.S. courts against those who operate on the land and the  buildings that were confiscated after the 1959 Revolution, which could harm foreign firms with a presence in Cuba.

“The Helms-Burton Act, which sought to distance us, has brought us closer to defend our common interests,” said Malmierca this Friday, while stressing that it is “inapplicable” and that the Cuban government is currently working on the elimination of “obstacles” and in favor of “incentives” for foreign investment, which is “fundamental” for the development of the country.

Among them, they considered the new Constitution recently approved and already in force, the Law 118 on Foreign Investment and the Reaffirmation of Cuban Dignity and Sovereignty Law, of 1996, as tools that protect the nationalizations carried out in Cuba.

The general director of investments at MINCEX recalled that since 1996 several countries approved “antidote laws” to protect their nationals, as is the case of the European Union’s statute against the U.S. embargo on the island, the Law Against Foreign Extraterritorial Measures of Canada and the Law for the Protection of Trade and Investment from Foreign Standards that Contravene International Law, approved by Mexico in the 1990s.

For his part, Fernández de Cossío explained that so far only three lawsuits have been filed after the activation of Title III of the Helms-Burton.

In that sense, the diplomat quoted legal experts who point out that there are enough obstacles in the regulation’s body that make it difficult for a plaintiff to prove that the claim proceeds in accordance with the law.

On behalf of the Spanish Meliá International hotel chain, businessman Francisco Camps said that his company does business “freely and voluntarily in Cuba” and recalled that it was the pioneer in creating a joint venture on the island in 1990 and that it currently has 34 facilities and more than 15,000 rooms under its administration.

The Spanish businessman also warned on the need to “keep informed through credible sources” and in contact with the corresponding ministries and embassies in the face of the avalanche of “fake news,” whose aim is to make investors nervous.

Another Spanish hotel executive, Matteo Cardentei, recalled that the Majorcan chain Iberostar has been working in Cuba for 25 years and affirmed that it continues betting on it with new businesses, like a 500-room hotel in the heritage city of Trinidad, in the center of the island.