The first presidential debate between Donald Trump and Joe Biden has generated diverse opinions in the Hispanic community. 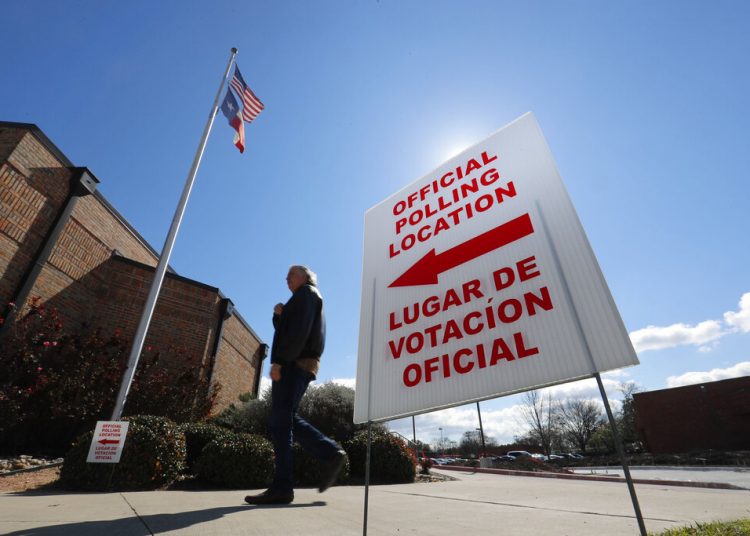 The first presidential debate lasted as long as a football game: 90 minutes. Neither more nor less, just enough time for the ball to pass from one part of the field to another.

The venue was Case Western Reserve University in Cleveland, which hosted the meeting that pitted the contenders for the presidential seat of both parties. The moderator, this time, was Chris Wallace, host of Fox News Sunday.

The event, broadcast on the largest television networks in the United States, was followed by millions of viewers throughout the country, who hoped to get from this first presidential debate, a possible winner to guide undecided voters. Something that doesn’t seem to have happened, when between yelling, interruptions, and offenses, neither of them could defend their agenda, as they were more focused on responding to personal accusations.

The issues that moved opinions were the American health system, the economic crisis, the political record of both, the near future of the vacancy in the Supreme Court, the coronavirus pandemic, violence in cities and why they should vote for them.

Oscar Blanco, who in recent years has devoted himself to studying the history of Cuba and the influences of capitalism in Latin America, sees in the debate a process of historical continuity that can only be explained taking into account previous references:

“The first presidential debate was held in September 1960 between Richard Nixon and John F. Kennedy, just before the civil rights movement in America. That debate was achieved amid violence and the lynching of blacks in the south. Even then, within that context, it was unimaginable that the candidates would harbor the hateful white supremacist ideology. Exactly 60 years have gone by since then and we find ourselves today, after the brutal assassinations of Emitt Teele, Medgar Evers, Martin Luther King, Malcolm X and many others, a president without the decency or morality to condemn white supremacy.”

Evangelical pastor Magalys Pérez clarifies that, although she doesn’t support the current president in everything, “in principle I defend the Republican platform because it is close to the values ​​that I preach and defend. So my vote is Republican.” Tatiana Domínguez, owner of Gallo Travel, a travel agency located in South Florida, also identifies with this opinion:  “Well, I vote for Trump, because I vote for America.”

And although for many these elections mean voting for one person or another, for others, like the comedian Ariel Mancebo, the 2020 elections are between “the United States or Trump. No choice.”

The debate on September 29 aroused opinions from voters from both parties. Each person defends their electoral choice in the best way:

“100% Trump. Biden in 40-something years has done nothing. His son became rich, as did his entire family in Ukraine. And Trump has many fake news that attack him, but he’s the best thing that has happened to this country,” says Vivian Sánchez, who came to the United States in the 1990s. Currently, the almost twenty-five members of her family: parents, brothers and sisters, children, support the current president’s campaign and will vote for him on November 3. “The best economy in this country was built by Donald Trump and businesses grew, as well as the middle class. Joe Biden has mental lapses and falls asleep, so he can’t govern. In addition, the Democrats are communists, they believe in abortion, they are giving money for the Black Lives Matter to destabilize the country.”

“Of course, it’s Biden. But not because of him, who is a worn-out man with no ability to motivate, but because of the values ​​of the Democratic Party,” says Mabel Cuesta, a professor at the University of Houston, Texas.

“Trump, because I’ve been fleeing communism, and I don’t want to return to it,” explains Francell Rojas, a Cuban émigré living in New York: “I can’t understand how there are people who flee from socialist countries and come to settle in an imperialist country for their entire lives, with the idea that policies very similar to those that somehow decomposed the societies from which they escaped are practiced. Or were they fleeing from hunger and once they were full, they forgot the past? One can detest Trump as a human being, but from there to being a Cuban immigrant in the U.S. and voting for a Democrat in the middle of 2020 there is a big difference called a total lack of common sense.”

Immigration lawyer Santiago Alpízar affirms that: “The Democratic party, openly and blatantly, seeks and advocates the failed socialist economic and civic organization system. As a Cuban-American victim of communism, I can’t vote or encourage the vote for the radical left that has taken over the leadership of the Democratic party. In addition, under Trump’s leadership, an understandable immigration reform and a health law is possible that is preceded by a commitment from the pharmaceutical industry to offer favored country prices to the United States at a 78% discount on current prices. Had he lost the elections, the confirmation of a conservative judge would have been a victory for the present status quo, at least for the immediate future of the nation.”

Rheumatology specialist Romy Aranguiz is concerned that although “Trump promised a health plan to replace Obamacare, all he has done is try to remove the protections without proposing any plan, in addition to the fact that his irresponsible attitude towards COVID- 19 is going to be disastrous for this country.”

The doctor expresses her reservations regarding Trump’s role in his four years in office. “The president has no idea how to run a country, from the beginning his only strategy has been to divide the American people and create class hatred, racial hatred, towards immigrants and homosexuals.”

Cuban poet and essayist based in Miami Yosvani Oliva considers that “the debate is easy to summarize: a loudmouth who interrupts at length and a man who tries to explain himself, at least as much as possible, in the face of the other’s obvious sabotage, as best he can. Refusing to condemn white supremacists should be reason enough to disqualify Trump as a legitimate candidate for the presidency, in the current circumstances, who knows?”

After the closing of this first presidential debate, for many, there remains only proof that “time goes by, but the history of a country is bogged down in chronic diseases of the past,” says historian Oscar Blanco. “Trump is that hateful past that has not been eradicated. Biden debated the personification of all the historical ills of this nation. And like a good cancer, Trump sought disorder to revive and metastasize into the past of hatred and exclusion that haunts this nation. While Biden is not chemotherapy for anyone, Trump is everyone’s cancer.”

Last day of September: 73 new contagions from COVID-19 in Cuba