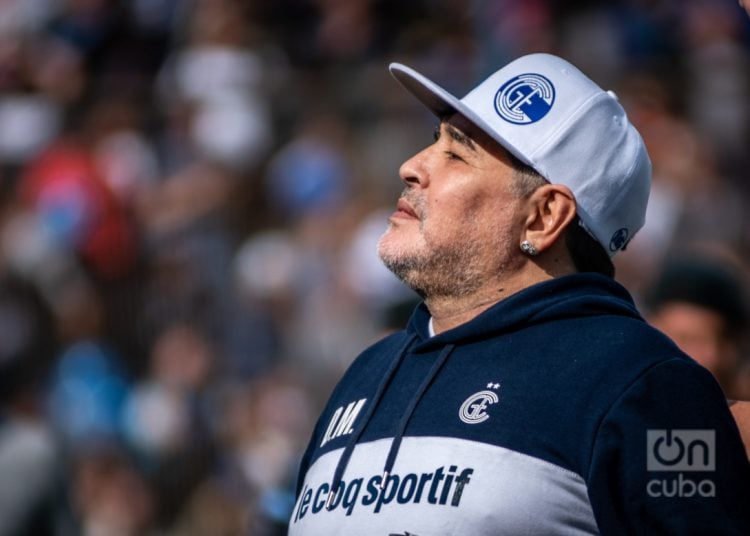 Diego Armando Maradona, a soccer symbol of Argentina and the world, representative of an era and a type of game based on courage, talent and conviction, died this afternoon due to cardiorespiratory arrest. He was 60 years old.

According to Página 12, Sebastián Sanchi, press official of the “10”, confirmed the news after it had already been published by various media around the world.

“It is with pain that I have to report that Diego Maradona passed away. It was at his home in the Villa Nueva neighborhood before noon. There is no consolation,” Sanchi wrote on the Twitter account.

Born in Lanús, Buenos Aires, on October 30, 1960, Maradona worked since 2019 as technical director of the Gymnastics and Fencing Club of La Plata.

“You took us to the top of the world. You made us immensely happy. You were the greatest of all. Thanks for having existed, Diego. We are going to miss you all our lives,” Argentine President Alberto Fernández, who has decreed three days of National Mourning as of this date, wrote on his Twitter account.

On November 11, Maradona had left a sanatorium in Olivos, Buenos Aires, where he had undergone surgery shortly before for a subdural hematoma unexpectedly detected.

“He got us used to miracles, we thought he was immortal,” says one of his followers from Twitter. “Rest in peace at last,” a journalist from La Nación wrote.

Maradona, the 10, was world champion with Argentina in 1986, when he scored the famous and controversial “goal of the century.” Then he was recognized as the best player in the world.

In 1990 he was runner-up in the World, in Italy, and the following year he was sanctioned for doping. His addiction to drugs would haunt him for life and seeking to recover he came to Cuba for treatment in the late 1990s.

For some the best player in history, for others the representation of a decadent type of person; but, for the majority, and for history, it is about a player who inscribed his name at the top of the sport thanks to his performance on the field and his always present charisma.