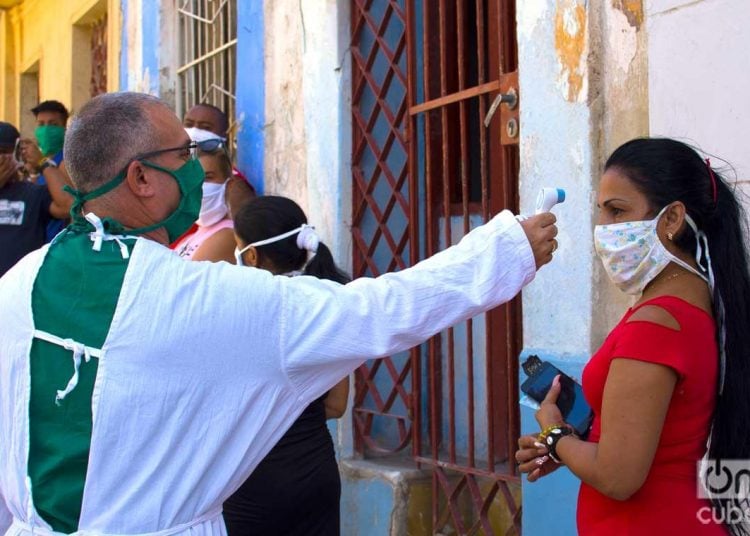 Screenings in the neighborhood of Los Sitios. Photo: Otmaro Rodríguez.

Cuba reported 49 new infections of the SARS-CoV-2 virus, of which 47 correspond to Cubans and two to foreigners from Havana, a province that reported 15 cases yesterday, between imported and autochthonous.

Of the total reported today by the Ministry of Public Health (MINSAP), 20 were contacts of confirmed cases and the source of their infection of 29 was identified as abroad. 33 were asymptomatic.

By territories, the location of the new patients is as follows:

As of midnight yesterday, 3,627 patients were hospitalized for clinical epidemiological surveillance.

Yesterday there were 27 discharges and only two patients were reported in intensive care, one in critical condition and the other in serious condition.