Cuba waits for answers and changes 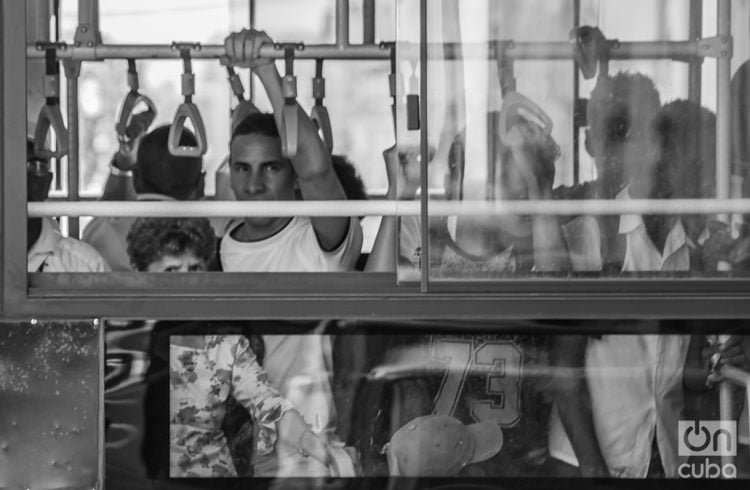 This week a new political cycle has started in Cuba marked by the arrival of the presidential change and the retirement of Raúl Castro as Head of State. In the United States some opine that it will be a mere transfer of power without real change implications for Cuba; others speculate that the new leadership from another generation and whose surname is not Castro will carry out an agenda marked by greater pragmatism.

What scenario awaits the person who will hold a post with such a strange title as that of “new President of the Council of State of Cuba”? How will the permanence of Raúl Castro as First Secretary of the Communist Party be decisive during his mandate? What new and old, internal and external actors will be his interlocutors?

It is clear that the role of the new leader is set within a project of continuity backed by a majority that is clearly cautious and, even more, incredulous in the face of ghost stories. But, how to respond to the confidence and hopes of those who, even within the context of stratification and economic imbalance the island is going through, are betting on securing the egalitarian socialist dream? How to communicate and also serve those who do not share that ideal? Those would perhaps be the most important questions.

On an economic level, the new leader will have to face the challenge of the currency unification avoiding the risks of inflation and instability that can come associated to this. More than this, he would be facing the imperative of revitalizing the economy, whose growth has been minimal in recent years. The reactivation of the private sector and the unfreezing of permits for private workers would be vital. He will inherit a complex panorama of a slowed down thaw; of an important ally – Venezuela – in crisis; and of gradual leading role for other economic actors like Russia and China.

But his best allies will be the application of creative solutions, with greater emphasis on decentralization and in the non-reproduction of schemes of dependence.

The new presidency will have to deal with another sphere of no less complex demands, marked by the lack or little efficiency of regulatory mechanisms. Topics likes those of the law on associations, the law on cinema and that on the press have already been part of the public debate for years, and will have to be treated with the priority they deserve. It’s not a question of taboos or of superfluous demands but rather of demands articulated by citizens who have chosen to play a part in their fate in the best possible way: contributing to the nation project their knowledge, creations and goodwill.

They don’t emigrate, because Cuba is their port, but they are waiting for answers and changes. What invites them to stay in Cuba, within a crisis situation? How to provide solutions to basic problems of those who already for many years see in migration a last resort, and that, if they could develop within more normal forms of subsistence would choose to stay in Cuba?

One shouldn’t reject, on the other hand, the complex geopolitical scenario that will be inherited, in the face of an administration, Trump’s, which has strengthened the old language of subversion and intervention. Even with more reason, it would be valuable for Cuba to establish alliances with that arsenal of domestic human resources that has expressed their rejection of that rhetoric, but that also demands a renovation of the discourses; for a connected Cuba; for new scenarios of possibilities to exercise their professions. It is a complex balancing act, whose difficult execution would represent a landmark for the new leadership.

It won’t be just the new president or the 11 million Cubans on the island who will face the challenges of this new cycle. The Cubans residing abroad, and especially in the United States, will be a decisive factor in the positioning of the new dynamics.

It will a priority to reactivate the message Obama received and to which he lent an ear: our hope for a scenario of normalcy between the two countries; a relation between peers and not one of tutelages. We are not waiting for a Rubio Messiah to come to put an end to our problems or to give us lessons of democracy. We are the ones who have to denounce the immorality of those seeking the smallest opportunity to urge the people to go out into the streets and to promote chaos, while they have a safe roof over their heads. We know that they will not listen, but the message should remain.

We are also the ones to mark a distance from those positions flaunted by those who proclaim themselves as “opposition,” but who they are opposed to, more than anything else, is the people, when they make agreements with those who are asphyxiating them.

We should not confuse the aspiration for a more democratic and plural Cuba with concessions or private booths for those who openly ask for more blockade. Actually, the problem that opposition has at this moment is not that they are not popular on the island; it is that neither are they popular abroad. The polls show that a great majority of Cubans in the United States do not back the embargo and favor the path of diplomacy.

The scenario mounted by the Trump administration that extols those frauds of democracy, is, undoubtedly, bleak. However, a minimum link has been able to be maintained in areas of maritime cooperation, antinarcotics and the environment.

The recent defeat in Congress of an amendment to limit funds for the embassy, as well as the statements by the new secretary of state, Mike Pompeo, referring to the disposition to return the diplomatic personnel to Havana and strengthen the embassy in Cuba, even when it is for the wrong reasons, is a small sign of progress. However, the Rubio-Pompeo-Bolton triad could represent an even greater deterioration in relations.

The diaspora must play a leading role by making visible positions that already have a consensus. We will continue favoring and emphasizing the policy of engagement in the reactivated Cold War scenario. This doesn’t mean we will sacrifice our aspirations to a perfectible migratory policy (with a reasonable prize for passports, for example); to eliminate the prejudices against a majority sector of the diaspora that doesn’t have a hostile attitude toward Cuba; to even be a part of the political and economic future of the island to which, beyond ideological positions and political tastes, as Cubans who love an independent and sovereign Cuba, we have a right to.

The questions about changes, surnames and radicalism or not of the new presidency, which entertains so much the U.S. press, would not be the most important, but rather how the new challenges will be assumed. Challenges that knock on the doors of not only the new leadership, or that of the Cubans on the island, but also on those who from abroad feel part of a common cause.

* The author is a Cuban professor residing in the United States. A member of the Executive Board of Cuban Americans for Engagement (CAFE).

See all of OnCuba’s coverage on the subject:

Presidential Succession in Cuba: now is the moment for constitutional reform