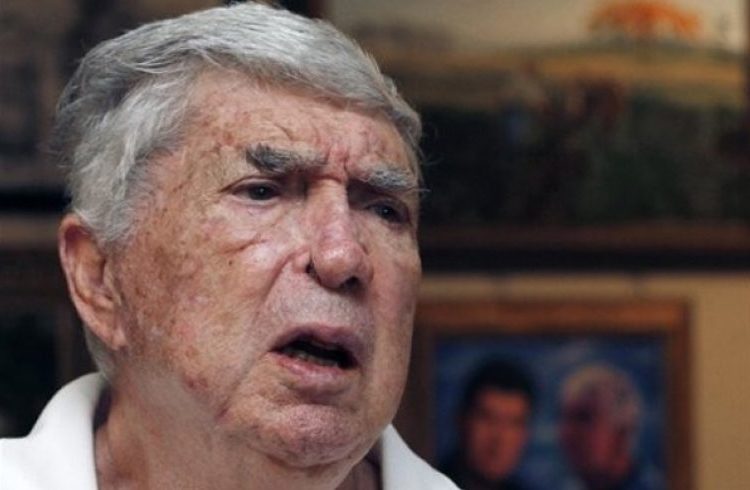 Luis Posada Carriles, charged with multiple acts of terrorism, one of the fiercest enemies of the Cuban government and an ex CIA agent, died today in Florida, the United States, at the age of 90 due a long illness, the local media reported.

Posada Carriles (Cuba, 1928) died “in a Government home for veterans” located to the north of Miami in the locality of Miramar, his lawyer, Arturo Hernández, pointed out.

A survivor of throat cancer, attempts on his life and a brain hemorrhage, Posada’s health had notably deteriorated after suffering several bone fractures in a car accident in 2015.

In 2000, Fidel Castro denounced a plan by Posada Carriles to assassinate him in Panama, where he was attending an Iberian-America Summit.

Posada Carriles was arrested for that reason in Panama, although then President Mireya Moscoso pardoned him before she left her post, after which he traveled to El Salvador and from there he illegally entered the United States in 2005, for which he had to face that country’s justice.

He was absolved in 2011 of 11 charges of perjury, fraud and obstruction of justice by a Texas migration court and since then he lived retired in Miami.

According to declassified documents of the Department of State, Posada Carriles was a CIA paid informant, which is why he traveled to different Latin American countries in which he worked against the left-wing movements.

Posada Carriles is considered the architect of the blowing up of a Cubana de Aviación commercial plane in Barbados in 1976, in which 73 persons died.

Posada Carriles got to be imprisoned in Venezuela for the blowing up of the plane but in 1985 he escaped from prison disguised and with a false document.

He has also been linked to the explosion of several bombs in Cuban hotels in the 1990s, one of which killed Fabio di Celmo, a young Italian tourist, in 1997.

In an interview published in The New York Times in 1998 Posada Carriles when referring to these events said he slept like a baby, without feeling remorse.

“It’s sad that someone is dead, but we can’t stop.”

He added: “That Italian was sitting in the wrong place at the wrong moment.”