The aim is to implement them before September 1, when the school year restarts and many students must go to the educational centers. 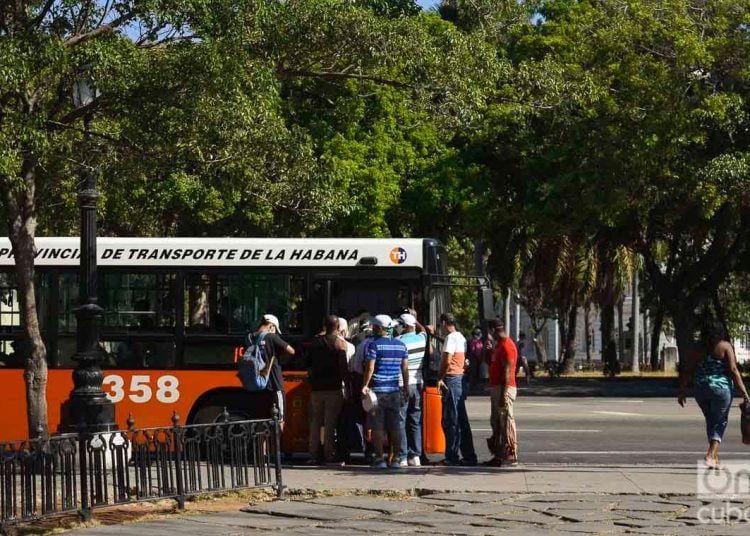 According to the Agencia Cubana de Noticias (ACN) news agency, a strategy to try to decongest public transportation in the city during the so-called “rush hours” was presented this Wednesday at the Havana Provincial Defense Council (CDP) and to contribute to social distancing in the first post-COVID-19 stage.

Minister of Transportation Eduardo Rodríguez Dávila said that although reinforcements had been organized so far and they had resorted to alternatives to provide a service consistent with that first phase, Havana was working with less than 600 buses, which is why it was necessary to evaluate other measures to avoid crowding.

Among the possible alternatives is, he stressed, changing the hours of movements of entities―services and health, for example. Initially, it is planned to implement them in education, higher education, commerce, gastronomy, health and transportation.

It was also announced that Havana has around 820,000 workers, and that about 644,000 belong to the state sector, so it is essential that the agencies contribute to reorganizing work activities.

The deputy governor of Havana, Yanet Hernández, insisted on the need to continue promoting telework and distance work in order to reduce the number of people who need to go out during the hours of greatest concentration.

The aim is to implement these measures before September 1, when the school year restarts and many students must go to their educational centers.

Rodríguez Dávila called for reviewing those cases of employees who can perform the same work in areas closest to their home. This, he said, would help to avoid long-distance movements.

In the capital, which is going through the first phase, self-employment activities have been authorized, except for gyms. Some 99,000 workers are working from home.

Likewise, at the meeting it emerged that the Department of Inspection, Supervision and Control had imposed a total of 168 fines on public roads for failing to comply with the hygienic-sanitary measures in the incorrect use of the facemask and 121 for violations in commercial and service establishments.