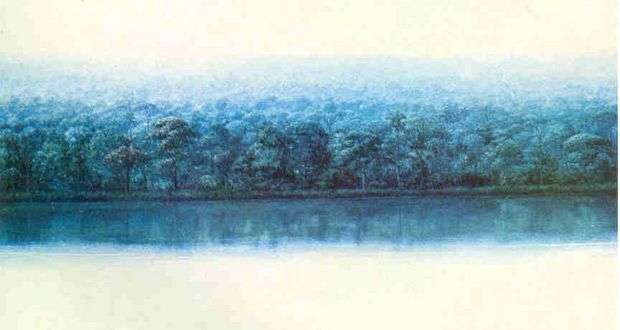 The residents of Seibabo , in the mountains of Trinidad, central Cuba , seem not to be aware of the political-administrative division that because of the  several decades that have passed no longer looks so new. They cross over and over agtain the river that marks the border between Villa Clara and Sancti Spiritus with the naturalness of the Escambray, no aftertaste or provincial pettiness , as if the whole hilly belonged to The Villas of yesteryear.

They never stop to count the steps they take on the red line , that sort of definitive line on cartographers drew  on the brown of the maps undeterred by the families left scattered on both sides .

Then the highlanders have learned to live within the limits and transgress them since 1976 when the Guamuhaya massif was divided between the three central provinces and each exercise jurisdiction over their domains. Accustomed to the mountains that little edge and understand schematics , the locals do not suffer from such geographical dilemmas ….

The road which links El Algarrobo town with the territory Villa Clara Miranda Güinía witnesses the comings and goings of the Highlanders. In spite the rickety poster that emphasizes the “don’t go any farther”, the peasants of the area cross the bridge over the river dividing: on that side, Villa Clara with their rivers pouring on the north coast, on this side of the Seibabo, Sancti Spiritus monopolizing several of the highest peaks around the Escambray.

After the proverbial morning coffee jug, not a few people of El Algarrobo tuck their steps to the River Seibabo camping facilities in the massif where they have been working for years. I lost count of the many times they have been cross with those who travel the same route in the opposite direction, toward the Trinidad territory to join the collection of grain that does not look at the origin of the arms, provided they are there to grow.

The intermountain road winds through the intricacies of the convoluted topography. However, not only the passage of mules, wagons and tractors has worsened the little asphalt: the neglect has also taken a toll on the road that very occasionally get the incentive of a handheld touch. As neighbors say: “once in a blue moon”.

Even the bridge has needed urgent repairs. The flooding from the Seibabo following meteors tore a segment and since then the mountaineers walk looking at it sideways with distrust on their faces.

Beyond the urban air trying to label everything, determining every stone, Seibabo residents are the known owners around, regardless of many names. And, in the words of a peasant who goes with the bag over his shoulder, “up and down a hill should not be thinking too much and not giving a lot of thought, this area is one.”

And the river, I ask, in an attempt to wrest the evident regionalism.

“Well, the river itself is of us … And if it were not, we would get, at least, half of the water”.

Tony Avila: "The album we make it in concerts"