The company asked the U.S. government for two new routes to the Cuban capital, with which it would add 14 new weekly flights at a time when the Trump administration has restricted trips to the island. 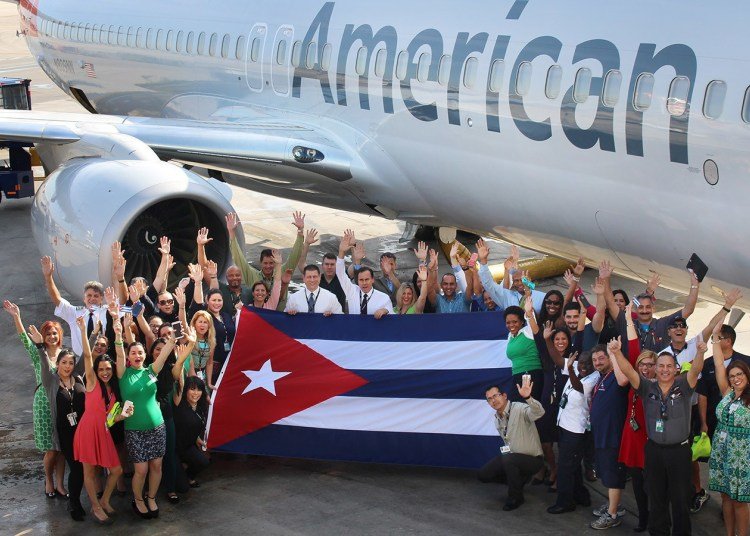 American Airlines (AA) requested from the U.S. government two new routes to Havana, raising its daily flights to and from the Cuban capital from six to eight.

In total, the airline would add 14 new weekly flights, at a time when the Trump administration has restricted travel to the island and suspended air service from the United States, both regular and charter, to Cuban airports outside Havana.

However, the most recent restrictions to the island’s other airports may be increasing demand to the capital, notes The Dallas Morning News, which reports that the routes requested by AA would link Havana to Miami International Airport, Florida.

The airline, which has its own office in Cuba, intends to take advantage of the flights vacated by JetBlue, which on January 16 told the U.S. Department of Transportation that it would stop 14 of its daily flights to the island, seven of them from Orlando, one from Boston and six from New York, starting April 29.

This company, which will maintain its three daily flights to Havana from Fort Lauderdale, said that this decision is due to the effects of the Washington restrictions.

Trips to Havana are limited by the U.S. government to 20 daily departures, so, given the opportunity to add new services, American Airlines wasted no time in making its request.

AA’s intention is that, upon receiving government approval, its new flights from Miami to Havana will begin on June 4. The service would be carried out on a 172-seat Boeing 737-800, which would increase the capacities available for travelers from Miami and the revenue for the company.

Last year, Ramón Jiménez, director of operations for AA on the island, told OnCuba that his airline’s approach with the island was “to bet on the Cuban market in the long term.”

“Our experience here has been very satisfactory. It has allowed us to continue growing, increase the number of operations and consolidate ourselves as the line that makes the most flights between the United States and Cuba,” he said at the time.

In 2016, in the middle of the “thaw” with Cuba, the Barack Obama government authorized, after decades, the resumption of regular flights to the island. Then, several airlines received flight licenses, but after the initial boom and, above all, as a result of the measures applied by Donald Trump after his arrival at the White House, several have been abandoning their routes.

Last October, Washington announced the ban on flights other than to Havana, which came into force in December, and this January it did the same with charter flights, which starting March 10 can only fly to the Cuban capital.