The cost of the tickets on both Delta Airlines flights is borne by the travelers. 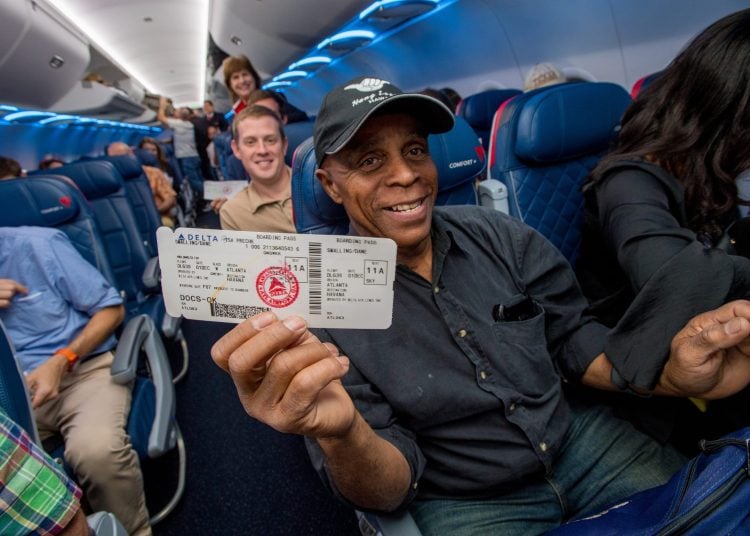 Passengers show their tickets on Delta Airlines, when, in 2016, the airline returned to Havana after 55 years. Archive photo taken from the company’s website.

U.S. citizens and permanent residents, who were still in Cuba after the borders were closed due to the coronavirus pandemic, returned to their country on Friday 24th on two flights coordinated by the embassy of the United States.

The diplomatic headquarters had reported last Wednesday that it was coordinating flights to take out a part of the American citizens and residents who were on the island.

The cost of the tickets on both Delta Airlines flights is borne by the travelers.

The Embassy said a statement last Wednesday that it would continue to explore options for the repatriation of U.S. citizens who aren’t traveling on this flight, but wish to return home, however, there are no additional charter flights scheduled at this time.

Due to COVID-19 concerns, the Embassy also reported that it currently only conducts emergency operations. Therefore, all issues related to routine services and visas will not be answered at this time.

This Friday it was announced that two other flights will depart for Miami on May 4 and 5.

Coronavirus: worst day for Cuba after reporting six deaths, reaching the number of 49