The reopening of the Consulate will allow the resumption of the family reunification program and the processing of visas, until now done in third countries. 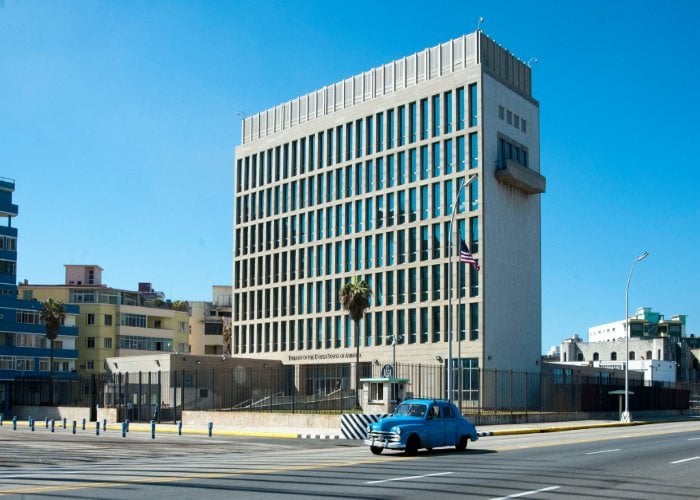 Embassy of the United States in Havana. Photo: Facebook.

President Joe Biden has decided that the State and Treasury departments begin reviewing the number of U.S. diplomats stationed in Havana and increasing the amount of remittances from Cuban-Americans to their families on the island.

Both topics were changed during the Trump administration, which reversed 243 actions carried out during the thaw promoted by former President Barack Obama.

While Obama opened remittances and packages to almost indefinite numbers, Trump canceled them and reduced remittances to $1,000 per quarter for each household.

The reduction of diplomatic personnel in Havana, at the beginning of the Trump administration, resulted in the cancellation of the family reunification program and the processing of the (minimum) 20,000 annual visas. This made it necessary for Cubans to travel first to Colombia, and then to Guyana, to request a visa to travel to the United States.

During the election campaign, Biden promised that he would reinstate some of Obama’s policies, but since he arrived at the White House on January 20, he has devoted himself to domestic policies and to undoing Trump’s imprints in multiple fronts. His spokespersons have been declaring that the policy towards Cuba is under review.

This has provoked reactions on the island and in the Cuban-American community, which protests not being able to be reunited due to the paralysis of the Embassy in Havana.

However, it is to be believed that what was announced this Monday is due to the crisis in the Cuban streets after almost a week of anti-establishment demonstrations.

“At President Biden’s direction, the United States is actively pursuing measures that will both support the Cuban people and hold the Cuban regime accountable,” an administration official told the Miami Herald

“The administration will form a Remittance Working Group to identify the most effective way to get remittances directly into the hands of the Cuban people State and will review planning to augment staffing of U.S. Embassy in Havana to facilitate diplomatic, consular, and civil society engagement, and an appropriate security posture.”

It is not clear whether this revision of the policy will resume direct flights to Cuban provinces, increase flights to Havana and facilitate travel by Americans, framed in the twelve current categories. Nor if the work of Western Union in channeling remittances will be resumed.