“We spent some months reviewing our policy toward North Korea, for example, and announced that policy just a few weeks ago. We’re doing the same with Cuba,” he said in Rome. 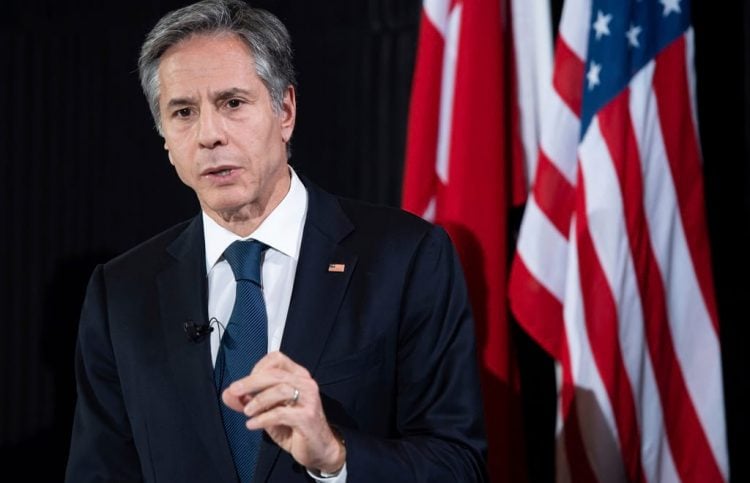 During an interview in Rome with journalist Lucia Doraccio, U.S. Secretary of State Antony Blinken answered questions related to foreign policy problems, from Russia to China, through the withdrawal of U.S. troops from Afghanistan to the Israeli-Palestinian conflict.

Asked about Cuba, Blinken said that during its first six months the Biden administration had been focused on “relationships with our partners and allies, like Italy, re-engaging in multilateral institutions – rejoining the Paris Climate Agreement, re-engaging with the World Health Organization, convening a summit of leaders on climate.  And then, of course, we’ve had the G7, which has made very important progress with all of our countries working together […]. A very strong and important agenda, both bilaterally with our closest partners and multilaterally in these international organizations.”

He also reiterated that they were in a process of reviewing the policy towards the island: “one of the things that we’re looking very hard at right now is the policy toward Cuba.  It’s under review.  I can tell you that as a matter of basic principle, any policy we pursue would have democracy and human rights at its heart, and we would want to make sure that we’re doing whatever we can to empower the Cuban people to decide their own future.”

And further on: “We’ve never resisted dialogue anywhere.  The question is:  What is the overall policy?  And that’s what we’re reviewing.  We’ve done that in a number of areas.  We spent some months reviewing our policy toward North Korea, for example, and announced that policy just a few weeks ago.  We’re doing the same on Cuba.”