PAHO will send a 12-ton shipment to Cuba in the coming days consisting of medicines, laboratory tests and face shields, among other materials, according to the regional office of that entity, quoted this Monday by the Caribbean country’s state media. 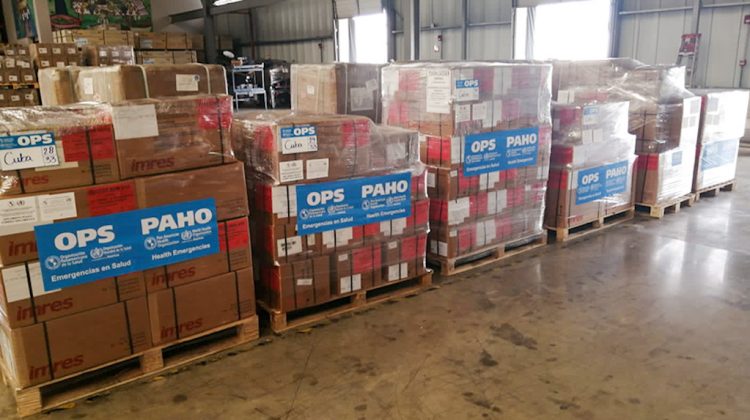 Cuba will receive medicines and medical supplies donated by the Pan American Health Organization (PAHO) and the Community of Latin American and Caribbean States (CELAC) to support the fight against the COVID-19 pandemic on the island, which is suffering from the third and worst resurge of the disease.

PAHO will send a 12-ton shipment to Cuba in the coming days consisting of medicines, laboratory tests and face shields, among other materials, according to the regional office of that entity, quoted this Monday by the Caribbean country’s state media.

CELAC has also offered its support to the island with a donation of 800,000 syringes for vaccination against COVID-19.

“We appreciate the solidarity gesture of support from CELAC that Mexico presides over, as part of the regional plan to confront the COVID-19 pandemic. #ACubaPonleCorazón,” Cuban President Miguel Díaz-Canel wrote on his Twitter account this Monday.

Cuba is currently developing a health intervention strategy with its Abdala and Soberana 02 formulas, the most advanced of the five created by its scientific institutions to prevent COVID-19 and which have passed to human studies.

Abdala, the immunogen with a three-dose injectable schedule that has shown 100% efficacy — according to the final evaluations of phase III of recently released clinical trials — received authorization for emergency use and is the first Latin American COVID-19 vaccine.

In the case of the Soberana 02 vaccine candidate, it is awaiting that authorization after showing efficacy of 91.2% with a scheme of two doses of that formula plus an extra one of Soberana Plus, another of the compounds that Cuban scientists are investigating.

More than 3 million Cubans — of the 11.2 million who live on the island — have received at least one dose of these formulas as part of clinical trials and intervention studies carried out in parallel to the health one.

To date, more than 2.1 million people have been immunized with the COVID-19 vaccine and vaccine candidates in Cuba, a figure that represents 18.8 percent of the population, the Ministry of Public Health (MINSAP) said this Monday. 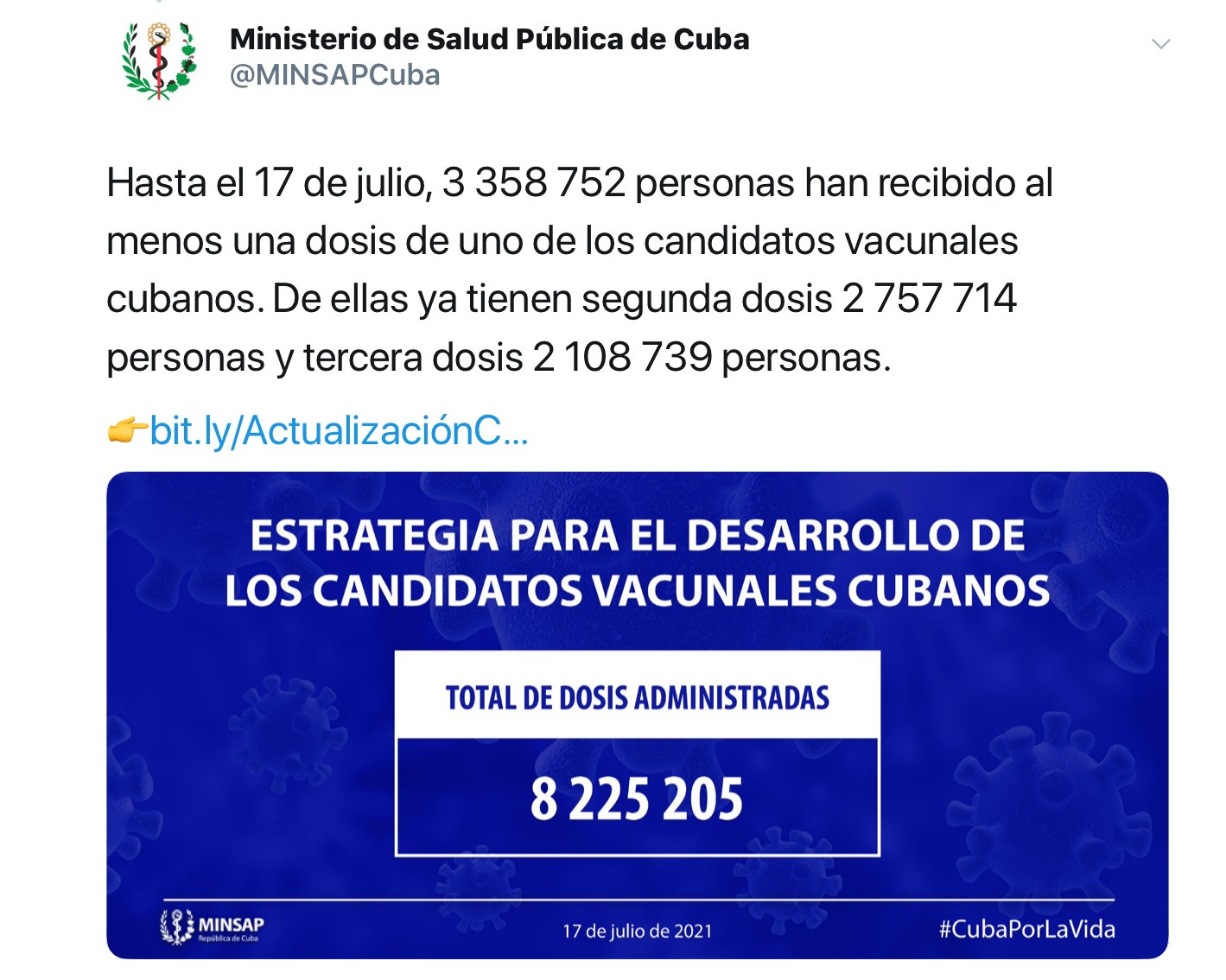 Cuba has not purchased vaccines on the international market, nor is it part of the Covax mechanism of the World Health Organization (WHO) created for low- and middle-income countries to have access to them.

The health emergency caused by COVID-19 impacts with high numbers of daily infections on the island — especially in the western province of Matanzas, the current epicenter of the epidemic in the country — where a week ago thousands of people took to the streets in anti-government protests to express their discontent over the shortage of food, medicines, and basic products, together with the power cuts.

After these unprecedented events in more than 60 years in Cuba, the government approved several measures, one of which took effect this Monday allowing Cuban and foreign travelers to import food, toiletries and medicines, without limits on their value. and without paying the established customs duties.

This regulation, urgently authorized in an exceptional manner and valid until December 31, seeks to alleviate the shortage of these products in the midst of the economic crisis, attributed by the island’s authorities to the pandemic and the strengthening of the U.S. financial and commercial embargo.