To use Biden’s own phrase, “it is not practical to sacrifice oneself on a small crusade against Cuba.” If Cuban-American politicians are going to defame him anyway, better apply the full policy: Obama’s presidential order of October 2016 and all the agreements with Cuba. 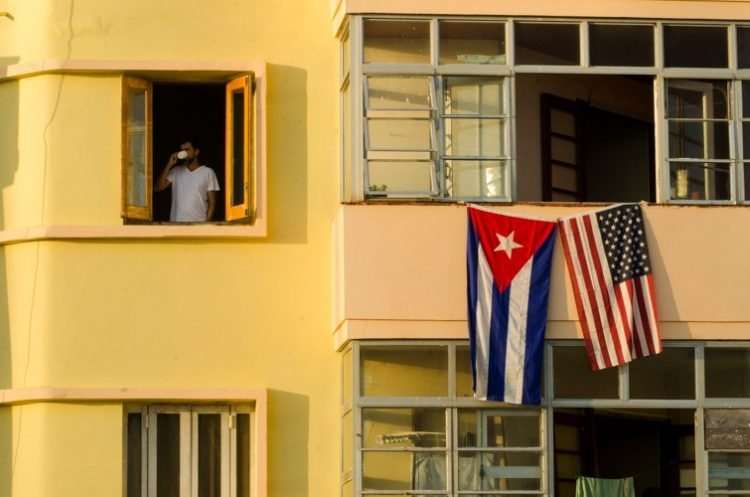 “The White House announcement — lacking in details and after seventeen months of unnecessary review — about the beginning of changes in the policy towards Cuba in the direction of what was Obama’s policy, is a timid but welcome step.” With this statement, Senator Patrick Leahy began his statement on President Biden’s new measures towards Cuba.

The White House announced that it will eliminate the limits on the sending of remittances, will authorize flights to the airports of the island’s provinces, and will open access to digital applications, training and electronic commerce facilities to the private sector. The resumption of several U.S. travel licenses for groups and educational contacts, scientific events and others under the category of “people-to-people contacts” was also reported.

Senator Leahy’s statement sums up the value and shortcomings of the announced decision. The opening of this crack in the wall of the blockade against Cuba matters because of its short-term effects, given the precarious Cuban economic situation, the migratory crisis — more than 100,000 Cubans have knocked on the doors of the United States in this latest wave —, and the clash that the discussion on exclusion from the Summit of the Americas in Los Angeles has meant. The measures may also be a turn from the course of harassment in which Donald Trump put the bilateral relationship.

The elimination of the obstacles imposed by the Trump administration on remittances and travel represents an important relief for the Cuban tourism sector. It will also benefit a new range of private accommodation, food, and travel guide services, among other activities depressed by the pandemic and its consequences on trips to the island. More foreign currency, all else constant, is more purchasing power for the country and space for reform actors and processes.

A greater availability of foreign currency should reduce the gap between the official and unofficial exchange rates, with potential positive spillovers in productivity for the sectors that operate in Cuban pesos, today the majority. The economy after the approval of the 2019 Constitution integrates the private, cooperative and state sectors, predicting more synergies than in the previous double and triple lane model with sealed compartments of currencies and types of relationship with the market.

In the medium term, Biden’s decision is a turning point from what has been a policy of maximum pressure that has not distanced itself, even after these relaxations, from the transparently imperial scheme that is the Helms-Burton Act. With Biden, the United States once again opted, in a Democratic administration, for the strategy of starving Cubans set forth in Lester Mallory’s memorandum, now using the COVID-19 epidemic as a weapon in favor of a regime change imposed from Washington.

According to official sources, the day the Biden administration arrived at the White House, five Cubans died of the disease. By the beginning of July, when the COVID-19 peak was experienced, with the vaccines already designed but the main resources of the health system exhausted, almost one hundred Cubans died daily. We will never know how many lives could have been saved if Trump’s coercive measures had not weighed on the health system.

Even during the explosion of COVID-19 cases that caused the Delta variant in the summer of 2021, the situation never justified, under international standards, the demands for a humanitarian intervention in Cuba.

The nationwide July 11 protests cannot be explained without popular desperation at the unfortunate postponement by the Cuban government of necessary changes approved since the 6th Congress of the Communist Party of Cuba (PCC) in 2011. The Reorganization Task and the monetary and exchange reunification then occurred at the worst possible time. At the same time, in this extreme situation, with the pandemic taking lives, the U.S. blockade and Trump’s measures made a greater difference.

Although the economic situation continued to decline, the crisis bottomed out. In Albert Hirschman’s terms, the elimination of the visa to Nicaragua gave Cubans the possibility of leaving. Before accepting to be pawns of the protest, fueled by the policy of hunger and desperation through sanctions, many opted for emigration as the proverbial escape valve. It speaks well of their patriotism, that they have given the crisis where they are going: on the border of the country that has blocked even the possibility of an opposition based its own national merits.

If the Biden administration respects the right of Cubans to fight for change within their country, it should adopt a policy that empowers them, not drives them to despair to the point of emigration. That is why the United States should foster, on its own merits, a growing mixed economy, market oriented with social guarantees.

As the theory of modernization suggests, and as occurred in East Asia, the greatest hope for political liberalization lies in the development of a middle class that demands public goods, based on the payment of taxes and the rejection of corruption. Foreign intervention in Cuba has been a heavy burden not only for the government but also for the private sector, the middle class, and the emergence of demands for pluralism from a loyal opposition. It would be shameful for democracy and the history of the Cuban people if a pluralist system comes hand in hand with the intervention of the NED and USAID under the Helms-Burton Act.

Biden scored a self-goal by maintaining the Republican policy towards the island. Only Trump could be so hypocritical as to reverse Obama’s discourse about Cuba from a “country in transition” to the nonsense of calling it a “terrorist country” or “Hitlerian Germany in the Caribbean,” while not accepting as refugees those who escaped from its “concentration camps.” After creating problems for transit countries, the White House has had to react. How many problems and twists and turns would Biden have saved just by keeping his electoral promises about Cuba?

Among so many veterans of the Obama administration, someone had to remember where it should have started: by January 19, 2017 and Obama’s presidential order for relations with Cuba of October 2016. By having assigned Bob Menéndez the responsibility of his policy towards Cuba, Biden is going to pay for the same measures that he is now adopting at a higher price than in the first half of 2021. They analyzed and analyzed to get to the initial electoral promises without exciting anyone except his opponents.

From the Summit to the abyss

A crisis over the Summit of the Americas has been added to the deterioration of relations between Washington and Havana. In a context of war in Ukraine and the so-called pivot to Asia, could no one suggest to Biden that a quiet hemisphere with a left-wing Mexican president, advocating transcending the Pan-American vs. Latin American dispute, was the best scenario for the Summit? In subordinating national interests to misperceptions about Florida politics, the Biden team created their own defeat. The exclusion of Cuba and the blockade are already the main topics of the Los Angeles Summit.

The concept of “democratic hemisphere” is not the appropriate paradigm to advance in the discussion of issues such as international health, climate change, corruption and migration, which transcend ideologies. There is a difference between adopting incentives for the collaboration of liberal democracies and cutting off regions based on partisan preferences. It is difficult to relaunch hemispheric multilateralism without even agreeing with regional allies such as Mexico and Canada on the policy towards Cuba and unilaterally ignoring the inclusive consensus of the last two Summits.

The United States-Latin America-Cuba triangle has sent a clear message of what Cuban political scientist Rafael Hernández has called for many years “the logic of the border”: the United States cannot build a stable relationship south of the Rio Grande by ignoring its terrible policy towards Cuba.

It is symptomatic that, despite the hope placed by the pro-blockade groups on Duque, Bolsonaro, Lacalle Pou and even Lasso, no Latin American president has come out to defend the exclusion of Cuba from the Summit or, more importantly, the policy of the U.S. blockade. Not even Lacalle, who was moved by the song “Patria y Vida,” has wanted to be a paladin in that fight.

Whether he likes it or not, with the measures adopted, President Biden crossed the Rubicon by saying “no” to the extremist sectors of Cuban emigration. Those who advocate the blockade policy simply believe that Washington owes them and not the other way around. Right and left, they accuse Kennedy, Reagan, Obama, Biden and even the CIA of treason. Those groups know that, without maximum pressure against Cuba, there is no hope of a vacuum that will allow them to return victorious; they need the U.S. intervention.

After the announcement of the measures, the “McCarthyism” of the right against Biden was unleashed. For María Elvira Salazar, the administration is infested with “neo-Marxists”; for Rubio, of supporters of Maduro. To use Biden’s own phrase, “it is not practical to sacrifice oneself on a small crusade against Cuba.” If these politicians are going to defame him, anyway, better apply the full policy: Obama’s presidential order of October 2016 and all the agreements with Cuba signed in the last two years of his presidency. Obama did not preach his detente within the Helms-Burton Act, he sabotaged it with blanket licenses, changing the narrative about bilateral relations and asking Congress to repeal it. That is the reason for his success at the Panama Summit and the trip to Cuba.

“I hope this announcement,” wrote Senator Leahy, “is the beginning of a wholesale renunciation of a discredited policy that is beneath our country and has exacerbated the hardships inflicted on the Cuban people. The federal government must get out of the business of controlling and restricting where and how Americans travel and spend their money. That is not what the world expects from our 233-year-old democracy.”