It is the 25th. It includes the final results of the popular consultation process to which the previous version was submitted, and which was received by the Drafting Commission in the last extraordinary session of the National Assembly of People’s Power. 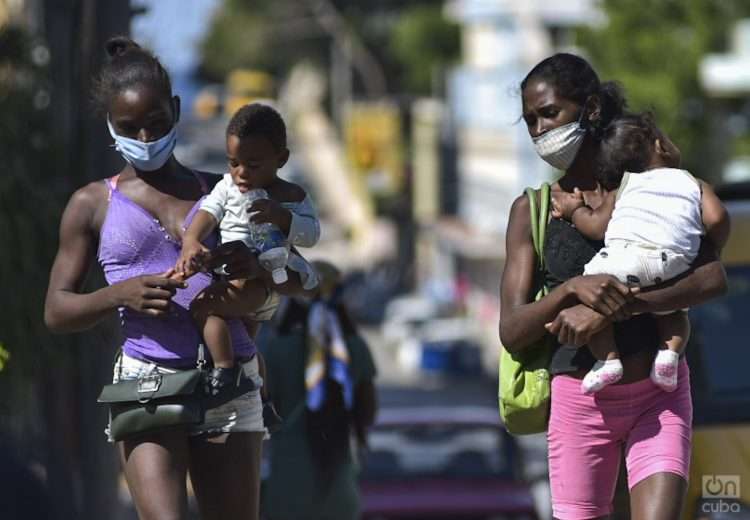 The Drafting Commission of the Family Code Bill presented its new version during a meeting with the highest leadership of the Cuban government, according to official media reports on the island.

This is the 25th draft and, according to the head of the Ministry of Justice, Oscar Silvera Martínez, includes the final results of the popular consultation process to which the previous version was submitted, and which was received by the Drafting Commission in the last extraordinary session of the National Assembly of People’s Power.

According to the note published on the official Cubadebate website, the official explained that the popular consultation process led to the modification of 47.55% of the provisions contained in the previous version and added that they are modifications of various types; some of form and others of writing, but all of them have the aim of better understanding the draft.

Regarding the articles, which in the new review would reach 474, Silvera Martínez pointed out that the high percentage of modifications “is an important, significant reflection of the value that the popular consultation has had and the way in which the Commission has received those criteria.” In addition, he explained that matters related to issues that generated opinions were not changed, “because doing so would violate principles of the constitutional text such as equality, non-discrimination, respect for the supreme value of human dignity and others,” the publication specified.

Other relevant aspects taken into account were commented on by Dr. Ana María Álvarez-Tabío Albo, member of the Drafting Commission, who pointed out, for example, the cases of express recognition of caregivers and the right that we all have to be cared for; the expansion of the protection of children and adolescents in exceptional and disaster situations; as well as the reinforcement of urgent protection against discrimination and violence, with the consequent expansion of the possibility of denouncing any person who knows of those events.

The specialist said that in the text now presented, clarity is improved in the definition of solidarity pregnancy, its distinction from the assumptions that generate multiparenthood, a term is established to start the process and the figure is further reinforced. “We have reached a consensus that this is perhaps the most restrictive institution of the Code, but it has to be that way, we have to outline it well, accurately, because it can generate other issues that we cannot allow in Cuba under any circumstances,” she said, according to the source.

For her part, the Reverend Ofelia Ortega Suárez, also a member of the Drafting Commission, considered that the popular consultation was a tremendous success, considering that 61.96% of the opinions were in favor of the Family Code draft, something that she described as “extraordinary,” when speaking at the meeting through a videoconference from Matanzas.

In turn, the Cuban president, Miguel Díaz-Canel Bermúdez, expressed the opinion that “in addition to being necessary, this is going to be a worthy law and built by Cubans” and he highlighted its worth when considering that “it has been born from the Cuban experience, from the people’s contribution, and it will be supported by two participation mechanisms: popular consultation and referendum, something almost unusual in the world,” the media underlined.