“Nothing and no one against the Cuban family” is the motto of the caravan of cars that will pass through the famous Calle Ocho in Little Havana. 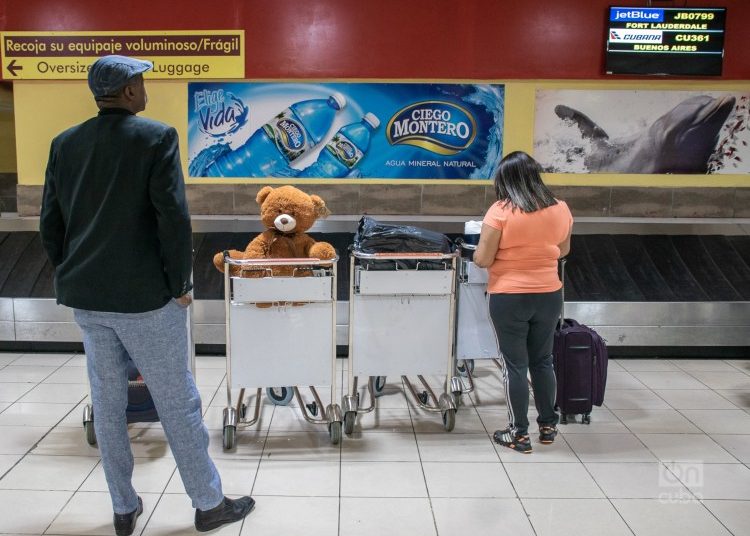 The Alianza Martiana group, which is in favor of a “normalization” of relations between Cuba and the United States, has convened an automobile caravan that this Saturday will pass through Calle Ocho in Miami, Florida, to demand that the Trump administration restore charter flights to the island.

“What’s important is the will to defend the rights to travel to Cuba and visit the family. Those are also human rights,” Max Lesnik, president of the Alianza Martiana, whose headquarters is located in this Florida city, told EFE this Friday.

The caravan, under the slogan “Nothing and no one against the Cuban family,” will pass through the famous Calle Ocho, the meeting point of the anti-Castro Cuban exile.

The call is for “the cars to travel the route with posters for family reunion.”

“In healthy peace and without seeking conflict with anyone, not even with those who defend Trump,” he said.

Posted by Cuban Americans for Engagement -CAFE on Wednesday, February 5, 2020

Posted by Cuban Americans for Engagement -CAFE on Wednesday, February 5, 2020

Last January, the United States announced the suspension of all public charter flights to Cuba, except Havana, which will affect nine airports on the island, except for José Martí in the Cuban capital, which even so will be limited in this type of flights.

But earlier, at the end of October 2019, Washington announced the ban on commercial flights from its territory to all cities in Cuba with the exception of Havana.

“Today’s step will further restrict the Cuban regime’s ability to obtain revenue, which it uses to finance its ongoing repression of the Cuban people and its unconscionable support for dictator Nicolas Maduro in Venezuela,” said Secretary of State Mike Pompeo in January.

Pompeo stressed that the step represents a new obstacle for the Cuban government to have access to hard currencies through American travelers.

Lesnik, who has been criticized by the Cuban exile for his policy of rapprochement with the island, and in whose office in Miami you can see photographs of Fidel Castro, Ernesto Che Guevara and the five Cuban spies processed and imprisoned in the United States, whom the government of the island calls “heroes,” said he was “unaware” of how many people can participate in the caravan.

“We have summoned the organizations involved in the cause of defending the rights to visit relatives in Cuba. People who constantly travel to Cuba and are being affected by this measure,” he said.

Asked if he expected some kind of aggression from exiled compatriots in the streets of Miami (the caravan will culminate in the downtown area of ​​the city), Lesnik replied that “I don’t think they are so stupid to attack what the fellowship of Cubans represents.”

Also last January, television host Alex Otaola, a Cuban who has a program on the internet followed by thousands of compatriots, called on his followers not to travel to Cuba, something that caused controversy among exiles.

“The trips and the remittances are contributing foreign currencies to the coffers of the dictatorship. Money used to repress the people,” said Otaola.

According to the president of Alianza Martiana, who claims to have made “similar demonstrations” to the caravan on Saturday last year, the issue of suspended flights is part of an “electoral game.”

“Measures against Cuba have become more intense. They believe that by attacking the Cuban family they will get more votes. This is illogical and absurd,” he stated.

As a result of the thaw initiated in 2014, the governments of then U.S. President Barack Obama and his Cuban counterpart Raúl Castro announced in December 2015 an agreement to restore regular direct flights, which served to encourage U.S. citizens’ travel to the island.

However, since arriving in the White House in January 2017, President Donald Trump has strengthened the policy towards the island with reductions in diplomatic personnel, increased trade embargo, restrictions on cruises and limits to Americans’ travel to the island.