It is a measure aimed at collecting foreign exchange and alleviating the Cuban economy’s liquidity crisis. 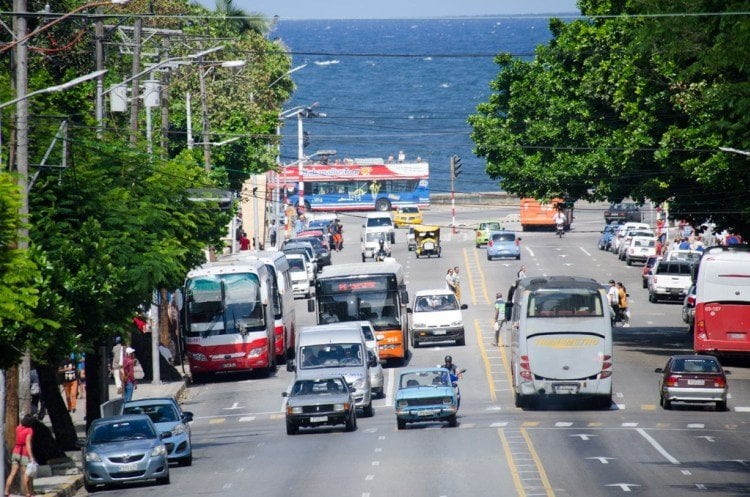 The Cuban government announced this Thursday that it will sell imported vehicles in freely convertible currency to individuals as of next February 24 with a 10 percent discount, as part of the measures put in place in order to collect foreign exchange and alleviate the economy’s liquidity crisis.

The commercialization of automobiles was already being carried out in the country since 2014, but then they were only sold in Cuban convertible pesos.

In announcing the new measure, Cuban Minister of Transportation Eduardo Rodríguez said that decision is based on “the legitimate need of many citizens to have a means to move when public transportation, logically, fails to cover the entire vast demand for daily mobility.”

The minister acknowledged that this decision will not have a direct impact on the majority of the population, but explained that the revenue generated from the sales will go to a fund to acquire spare parts in order to reinstate buses and other vehicles of the public transportation service that today are paralyzed, as well as restoring the investment plans for those means.

For the time being, only in Havana

Minister of Finance and Prices Meisi Bolaños specified that the prices are the same as those with which the cars have been commercialized, although with a 10 percent commercial discount.

The retail sale of automobiles entered into force in Cuba five years ago as part of the reforms to eliminate bans and “update” the socialist economy on the island, but the measure led to a great deal of criticism among Cubans due to the high prices set by the government.

When the market was then opened to entities authorized to sell motor vehicles, rates ranged from 20,000 to 110,000 dollars and only two models with more than a decade of use were offered at about 15,000.

On the upcoming commercialization of vehicles, the first vice president of the Cimex corporation, Iset Vázquez, said that in principle it will be carried out only in Havana in that company’s agencies that are enabled and will later be extended to the rest of the country.

The import of new vehicles and specific parts, such as different engine models, is planned based on the request made by customers to the marketing agencies, according to the executive.

The Cuban government authorized in October last year the purchase of appliances in high demand, such as TV sets, washing machines and refrigerators, as well as automobile spares and parts and other merchandise through debit cards, backed by a bank account in freely convertible currency.

In addition to the sale of cars, this Thursday an expansion of the batch of products included in these sales was announced, including security systems, water heaters, cold stores, extraction hoods, and computer equipment such as laptops, car paint and professional tools, among others.

Three months after this launch, Deputy Prime Minister and Minister of Economy Alejandro Gil described the progress of the regulations as positive, although he acknowledged that a pending debt is the stability of the offers, because there is a deficit of products in high demand in the network of 80 stores enabled for these sales.

Gil also indicated that the import by individuals, an additional service that is incorporated, will set the implementation of the measures.

It is an old claim by Cubans to solve the constant shortage of all kinds of goods, whose import is heavily taxed by the State.

In relation to the tax that has been applied in Cuba to the USD since 2004, the minister said that it is not possible to eliminate it under current conditions.

In that sense, he attributed responsibility for the application of this tax to the United States government for its economic embargo against the island and specifically in relation to transactions in dollars.