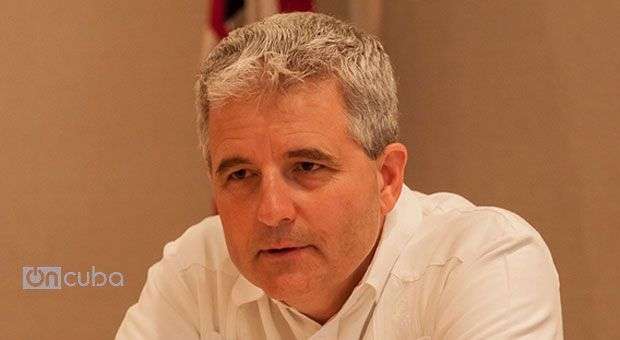 With effect from the August 1, the U.S. government approved a measure that allows Cubans living on the island, to request a multiple entry visa to that nation. The legislation allows unlimited travel to the United States for five years. Conrad Tribble, deputy head of the U.S. Interests Section in Havana (SINA) agreed to talk with OnCuba about the specifics of this new type of visa for Cubans.

In March this year, Granma newspaper published an interview with the American consul, Timothy Roche, who said he was sympathetic to immigration reform in Cuba but clarified that visa policy toward the island would not change. Four months after the publication of this interview the news of a new measure that allows Cubans living on the island apply for a multiple entry visa to the United States, valid for 5 years were published: why the change?

This is a unilateral decision. This is a significant step for the exchange of information between Cubans and Americans and to facilitate travel for Cuban citizens who wish to visit our country.
A bureaucratic and financial burden for the proceeding is eliminated with this new measure. Now with a visa of this type, is possible travel to the United States without going to the Interests Section for a visa each time. In event that this visa is granted, the applicant shall not pay when he/she is traveling again to the United States. All this, of course, will facilitate the formalities for the traveler who qualifies for the visa.

It reported the official note: The measure, which came into force since this August 1, is only valid for permissions of non-immigrants of type B2, which means, those issued to people who travel as tourists, to visit relatives, receive medical treatment, or by other personal reasons. Could you enlighten us on who classifies in these two types: “tourists” and “by other personal reasons”.

A good example of what a personal journey can be when a person needs to travel because he has a sick relative in the United States. The B1 visa for people who will do business, or make some kind of exchange may also request a type B2 visa (multiple entry visa) so that it can then be used in their next trips to the United States. It is important that people know they can get a visa and not the other.

What are the requirements to be met by a Cuban to get a multiple entry visa to the United States?

The types of visas are a way of qualifying for travel. Someone who qualifies for the B1 visa also qualifies for a B2, but the type of visa grant depends on the activity or purpose of the trip. It could be that a religious trip to the U.S. to attend a conference or other activity as part of his work applying for a B1 visa but the same person may need to come back in two months to visit his family or for other personal reasons, in that case he may also request a multiple entry visa and get it.

In the case of trips for exchange (artists, teachers, students, researchers, intellectuals, journalists, athletes), can they apply for this type of visa also?

Each person can apply for the kind of visa he wants and if qualifies for one he can qualify for the other. The application for a multiple entry visa is done in the interview itself.

Currently for exchange trips, people should not only be invited to the U.S. by a company or institution, but also go through a rigorous process of several weeks as part of the “security check” Do you streamline these processes, anything will change?

These changes are independent of the process for granting visas. Since last fall, we have made many changes in processing in the internal structure of the consular section to expedite the process. We have increased the number of interviews from 120-150 in August, to nearly 500 daily in 2013 so far. We intend to gradually reduce the waiting time for an interview that was 4 to 5 years earlier, to the global standard which is approximately one month. Today, the waiting time is nearly 5 months and we will achieve to reduce it even further.

One of the facilities of the B2 visa (multiple entry) is precisely to help expedite these proceedings. Many people who before had to return to apply for it will not have to do if they got this visa. That will increase the efficiency to shorten the time, which does not mean that the proceedings be expedited immediately.

What is the minimum and maximum time that a person with a type B2 visa can stay in the U.S. and how many times can maximum length of stay for people who have this type of visa be extended to?

It is important to define the validity of the visa. A visa is a permit that allows entry in the U.S. airport. It is granted by the State Department, embassies, but it is Immigration Customs who gives entry. A person who has a visa may not be in for any reason, he may be missing some information, or lied in the application with a different trip purpose that it really was and then must return to Cuba immediately.

It is also the Department of Immigration and Customs who gives the entrance and the time of staying. And that has nothing to do with the 5 years of validity of the visa. In the period of the visa a Cuban citizen can return to the United States as many times as he wants, but time of stay will be dictated by the immigration officer at the airport. Normally they have from 3 to 6 months but this may change. A traveler must pay attention to the time granted at the airport, for that is what the most important part.

How many times this visa can be extendable, we do not have the exact information because this is a matter of Immigration. However I can tell you that at least once will be allowed, provided that the visitor has the reasons which justify the extension.

Is it a requirement to have previously traveled to the United States to obtain a multiple entry visa?

No. The only requirement is to qualify for the visa. The fact that someone has traveled before and has returned, is a factor taken into account in assessing whether or not that person is going to return but there’s always a first time and therefore is not a prerequisite to obtain it.

To qualify for a nonimmigrant visa our Immigration Law assumes that each person traveling to the United States is an intending immigrant. The person requesting the visa must demonstrate, at the time of the interview at the consular office that he has sufficient ties to their country, to return. Tie is a rather broad term: it can be familial, economic, labor, social, etc.., So the interview is to make an assessment, to qualify the tie, to measure it.

It is important to emphasize that the fact that we have expanded the types of visa does not indicate that we have changed the process to qualify for any of them.

With all these measures it appears that the bridge between the U.S. and Cuba becomes more passable for Cubans on both shores Would you like to send a message to Cubans living on the island and those living in your country?

Cubans are open, interesting, treat us warmly both here and there. The Cuban people and the yuma people (referring to Cubans living in the U.S.) have much in common in terms of culture, lifestyle, and since I am from Southern California that is a bit like this, I like much the way of being of all of you. I would like to achieve during the period I work at the USIS, a dialogue. Even though we do not agree on everything or a few points, is interesting and necessary to establish this dialogue. We want to encourage communication with Cuban media and social networks. So I responded with such enthusiasm to your request for this interview, because we think that is important. We have information that is important to all Cubans, we want to report on consular services, cultural affairs, sports, etc… 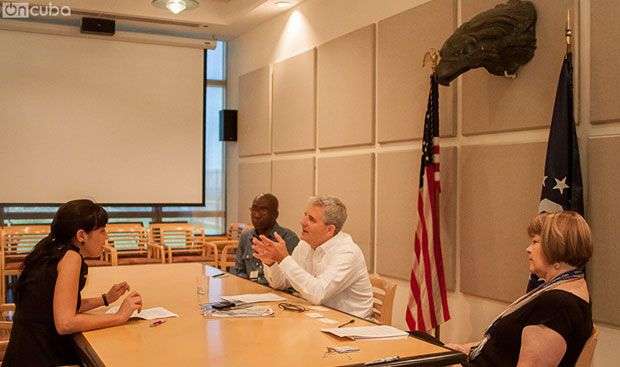