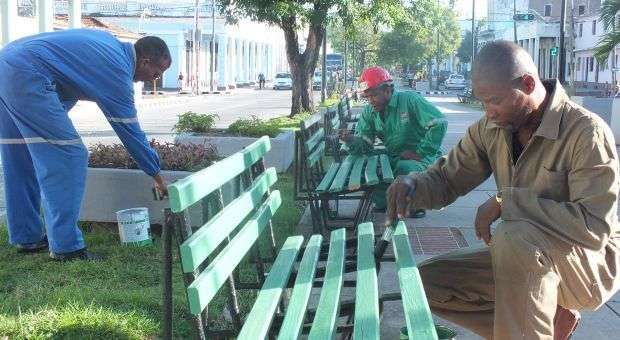 Non-agricultural cooperatives in Cuba begin to slowly spread across the country. Some are encouraged by profits that they can make by joining this new production form. Others, though it might look incredibly, in addition to income, see this option as the best form of administration and economic organization for their common interests.

These days, in Cienfuegos, a lean and lanky man walks from one stretch to the next of the longest in Latin America Paseo del Prado. His black skin is tanned by salt and sun for many years he spent as a fisherman, but several weeks ago he changed pots and reels for brushes and mason spoons. His name is Manuel Truman Molina and his job is to paint the benches and metal structures that adorn the path.

As it often happens in Cuba when someone intervenes in a public work, he gets no shortage of proposals to purchase “on the side” the paint or any supplies necessary for construction, as it is assumed that these items belong to a state organization and therefore “the owner will not feel their decline.” 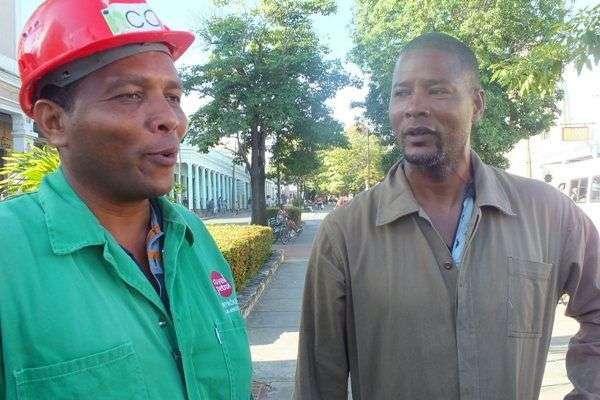 But it comes to Manuel the potential “business” is frustrated, for reasons as powerful as ethical impediments. The fact is that the old repairman works under contract with an independent initiative, a cooperative on the making that waits for permits to become a fact in the business landscape of Cienfuegos. From now they already have a name: they are INCO, “Engineering and Construction”.

“We offer full service,” says its future president, Enrique Steven Lagar, Industrial Engineer with 20 years experience in construction. “We are seven professionals capable of determining the needs of the work, to design its engineer project and execute the work till we deliver it to the owner, who only have to deal with paying us,” he explains.

Alongside Enrique Roberto Jaime Frank nods, a Mechanical Engineer with 22 years of work in construction companies who takes on the logistics work with a self-employed mason license.

“We are based so far on approved regulations for self-employed that allow state companies to hire private work because the consent of a cooperative in another territory outside Havana, Artemisa or Mayabeque is still a delayed process,” Jaime says.

In fact, the process is not expedited. According to the legislative package adopted in recent months, persons intending to form a non-agricultural cooperative must submit their request to the municipal bodies of People’s Power, and after processing it at different levels, such a request is submitted to the Standing Committee for the Implementation Guidelines and Development Party, which evaluates it and processes to the Council of Ministers. 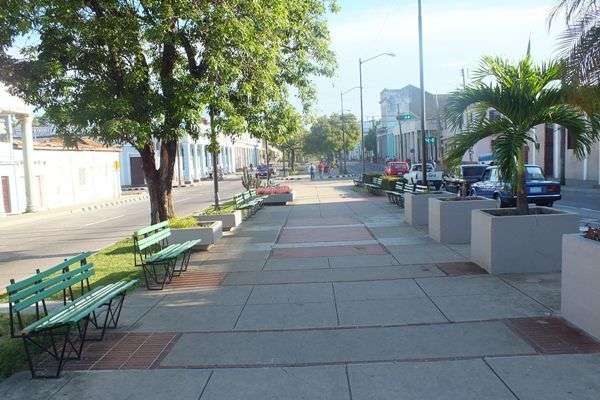 The first hundred agricultural cooperatives were formed since June this year, mostly in the capital and in the new provinces that emerged after the division of the former Havana. While extending the scope of testing, INCO members are waiting for approval of the municipal government in the Pearl of the South, as Cienfuegos is known, and then opt for the approval of the provincial government and get the endorsement of the Ministry of Construction all the way to the Council of Ministers.

“The self-employed person is an isolated entity, but when joining criteria, will and desire to do, the result is much better. And that is what we are trying, a group of self-employed who wants to form a cooperative to jointly compete in a better way. What is a cooperative? It’s working together and at the end all income is distributed so as to encourage all, to perform a social function and obtain recognition, monetary and moral, for the service we provide, “Enrique argues.

To regulate enrichment, tax legislation in force in Cuba has progressive increases in taxes to be paid by private actors. According to the study performed by professionals of INCO, if graphed on an exponential curve, the line for the self-employed income falls and State tax continues to grow, when private production in a year comes to just over 200 thousand Cuban pesos (a thousand USD).

That stop doesn’t apply to cooperatives, Jaime and Enrique point out. “Enclosed to our proposal there is a feasibility study in which we showed that if we hire works worth a million dollars over a year (50 000 USD) we could pay some 345 000 pesos (about 17 000 USD) in taxes. As you see, we pay the state well, but also is something left for us, “Steven explains.

Getting these numbers is not a chimera for these builders, who see in meeting the needs of public entities the big market to conquer.

His logic is understood in a country with the state as the owner of all large and medium installations, many of which require building repairs. It is further understood as producers or importers of most of the building materials in Cuba are publicly owned entities and so are the companies that sell with lower prices and more abundant supplies in a wholesale market which still is not accessible for the “natural persons”.

“The State, by contract, guarantee us the materials, while with the private contractors we have to look in a retail market where we don’t  get even 50 percent of what is necessary,” Jaime says.

Something they can’t get either in the retail market or in the inaccessible wholesale market is heavy construction equipment (jackhammers, mixers and cargo vehicles) reason that forces them to go to state builders that do have such tools.

So far the works at the Prado in Cienfuegos made ​​by INCO (hired by the Municipal Services Company) have  been without obstacles, but other private builders in the same city had to abandon an agreement to remodel the main ice cream parlor of the city as its contractor repeatedly violated the section of the contract which stated that corresponded to them to get specialized equipment.

It is the expression of what Jaime and Enrique experience has proven to be predictable resistance to change.

“Some because of ignorance of regulations that already exist to test new formulas and others for regular immobility at everything new; we have shown that the way to overcome it is still tortuous. We do not go in the second group approved in early July, but we do not despair because we know we will succeed, “Steven says.

Jaime concludes: “We see ourselves as a driving force here in the territory of an initiative that we believe is going to be useful to the country, the community and us as individuals, it is a way to bring the interests of all and give economic and spiritual profits for all.” 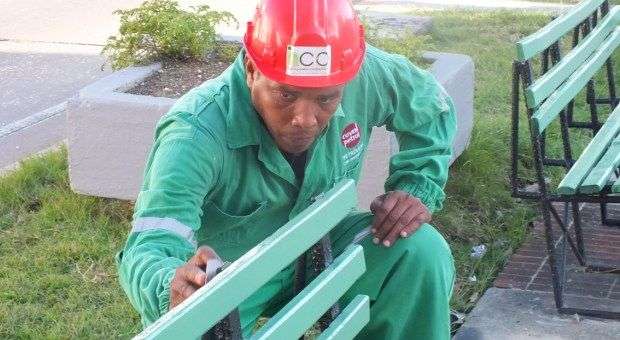 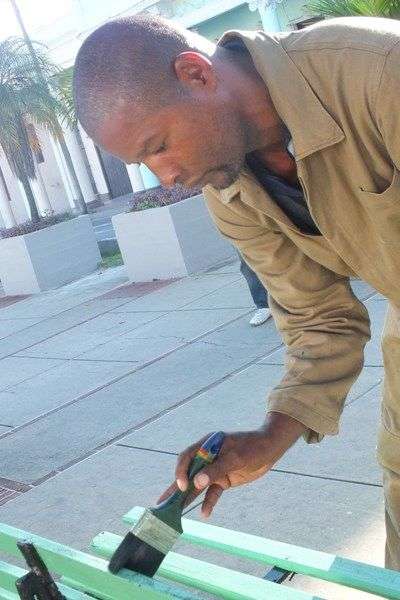 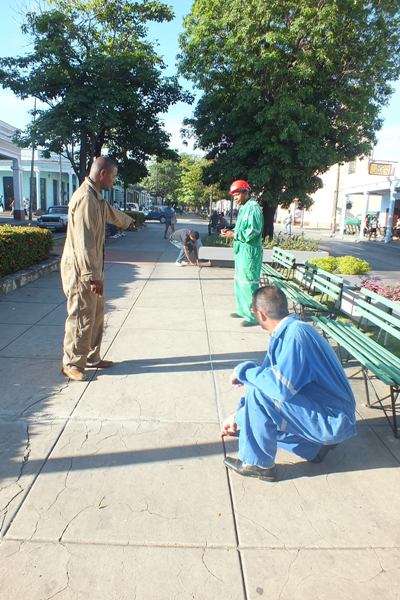 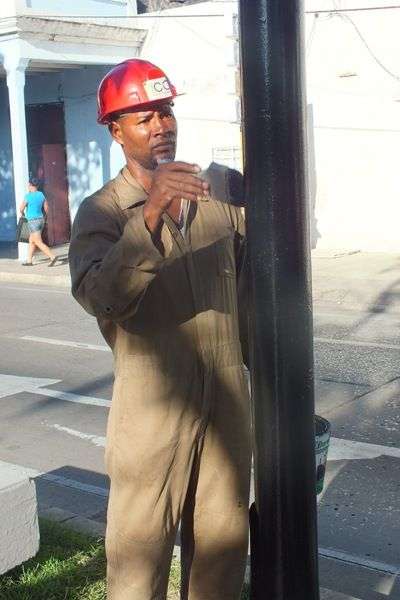