They are the highest level since Biden became president of the United States. 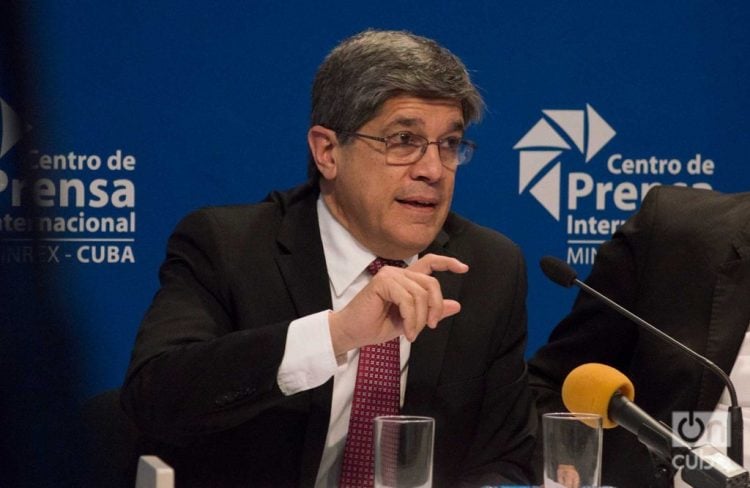 This Thursday, a new round of talks between Cuba and the United States will take place in Washington DC. The reason seems to be the increase in Cuban migrants illegally, both by land and by sea.

Both parties have already confirmed the meeting. Havana, through a tweet from the Foreign Ministry announcing the meeting and revealing that the Cuban delegation will be chaired by the Vice Minister of Foreign Affairs, Carlos Fernández de Cossío. Washington, for its part, did so with the statement, on Monday night, by an unidentified official to the Reuters agency.

This Tuesday, a source from the State Department limited itself to confirming the meeting to OnCuba without giving more details, beyond “its migratory nature.”

“We have seen a significant increase in irregular Cuban immigrants to the United States, both by land and sea,” the State Department source told the British agency. The spokesman, who asked not to be identified, refused to confirm the planned meeting, but specified that “we regularly engage with Cuban officials on issues of importance to the United States government, such as human rights and migration.”

No high-level bilateral talks had taken place since President Joe Biden took office in January 2021, despite his campaign promises to ease the restrictions on Cuba imposed by his predecessor, Donald Trump, after the thaw carried out by Obama in 2014.

The theme of the meeting is Cuban migration imposed by a pressing reality, the arrival of some 32,000 Cubans in recent months, both at the United States border with Mexico, according to the Border Patrol, and thousands of others by sea to the south of Florida. Another issue supposed to be discussed at the meeting is the fact that the island is not accepting by air Cuban citizens deported by the US since November of last year – most of these cases are Cuban citizens who entered the US years ago and have committed crimes.

The tension that has characterized the relationship between the two governments since Biden took office, with reciprocal accusations of human rights violations, among other issues, have made cooperation on issues such as irregular migration difficult.

Cuba has always said that it supports legal, orderly and safe migration and has blamed its neighbor for encouraging illegal emigration, arguing in this case that the closure of the US consulate in Havana encourages Cubans to seek riskier routes to emigrate from the island.

The State Department said last month that it would begin processing some family reunification visas in Havana — beginning with claims from mothers and fathers to children — to begin to reduce the backlog after a four-year closure.