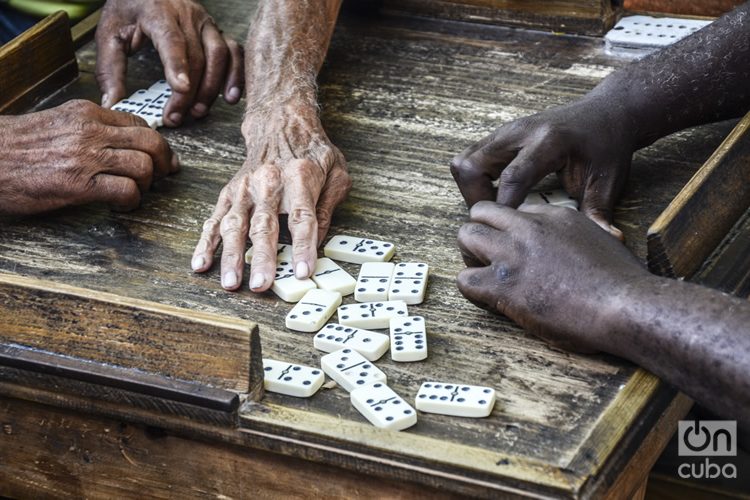 The main alternative in the 2020 presidential elections, with respect to Cuba, is summarized in the probability of unlocking the asymmetric conflict with candidate Biden and with more uncertainty in a second term with Trump. Biden can start a virtuous cycle, in which the limited changes he envisions acquire momentum and generate in themselves new liberalizing dynamics in the United States and Cuba, with a feedback for both. Trump is a walking question mark, who―as John Bolton’s memoirs show―does not offer a predictable policy toward the Western Hemisphere, particularly toward Venezuela.

Based on U.S. national interests and values, if Biden were to become president, he should restore and deepen Obama’s policy at the end of his term. With four years to implement them, he must dismantle as soon as possible the agitprop machinery in favor of the existing blockade/embargo in Miami, which has only served to stigmatize the Democratic position. If there is a liberal and anti-embargo president, who believes that the isolation policy is counterproductive to the promotion of human rights in Cuba, all posts for appointment on Radio/TV Martí and USAID funds should go to groups with that position.

However, it is symptomatic that Biden has not emphasized the issue and has sought to win Cuban votes in Florida by appealing to other issues on the progressive agenda (jobs and health). The strategy towards Cuba came out in Miami during the Democratic primary because of the nuanced statements of Senator Bernie Sanders. The Vermont senator, from the Social Democratic wing, contrasted totalitarian defects in the Cuban political system with its favorable performance in health and education. Biden did not hesitate to criticize him, based on the total demonization of the Cuban government’s management that prevails in the political discourse of the main parties, ignoring that Sanders’ same position had been stated before by Obama, Carter and even Bill Clinton.

To that precedent should be added a whole dominant narrative in a part of the organizers of the Democratic campaign in Florida, which insists on denying Obama’s change as what is pertinent or appropriate to American interests and values, and to international law. Rather, they pose the policy of rapprochement initiated by President Obama as a mere modification of methods to achieve the same objectives of regime change, Helms-Burton style, imposed from Miami on the island. Objectives that sanctions have not been able to achieve. Even Obama used that crooked logic at some point.

At this time, such a proposal has neither head nor tail and only serves as a fatuous tribute on the altars of the McCarthyite Cuban right, confusing the liberal bases, without educating them on the importance of breaking with a binary approach to Cuba. Dismantling the legacy of the Cuban Revolution and imposing the heirs of the prerevolutionary political elites in Cuba is impossible without a U.S. military intervention, a total collapse of the Cuban government, caused by hunger, based on the most inhumane regime of sanctions, and a bloodbath.

Within the Obama administration, those obsessed with keeping Miami’s right wing happy made the president repeat the ridiculous mantra that methods were changed to obtain the same regime change. However, as of December 17, 2014, the president had a forward-looking approach than many of his advisers and above all, that the merchants who donated money to his campaigns to get in on the act without understanding elementary rules of diplomacy and Cuba’s history. In politics, whoever changes means has to adjust ends. Recognizing the Cuban government and opening contacts between the two countries, the dismantling not only of the methods, but also of the maximalist ends of the right-wing exile agenda is inevitable.

Whoever tries an approach of dialogue and rapprochement towards Cuba cannot do without the existing Cuba. They will have to live with the consequences of the Cuban Revolution, not as “an accident”―according to Senator Marco Rubio’s diagnosis―but as a fait accompli. A policy of transforming the political regime may seek to democratize the post-revolutionary system, but by accepting, at least, a partial legitimacy, and through evolutionary pathways. That is, accepting the defeat of the imperial claim and of the Cubans who bet on Washington to solve their problems.

Trump is a quirky president with a big ego. His Cuba policy will be largely defined by his instincts, his business interests and his “great vision” of the legacy he is going to leave. As recent memoirs by former Trump adviser John Bolton have revealed, the president’s America first position is just a slogan, without much coherence or reflection on what it means to implement a nationalist conception. If it is assumed as a “systematized” position, it is better understood as America only, a unilateral position, with which Trump hopes to dictate his mandates to a multipolar world.

Without rhyme or reason, on September 24, the Trump presidential campaign mounted an uncreative voter party, under the pretext of honoring the Bay of Pigs “heroes” for the umpteenth time. It is incomprehensible that Trump, who disqualified Senator John McCain from being a “war hero” because he was captured in Vietnam, is coming down now with the news that his administration will always pay tribute to the heroes of an invasion that is synonymous with fiasco in the history of the Central Intelligence Agency. The vast majority of “the heroes” were captured and in many cases traded for baby food.

It is also curious that, if the anniversary of the Bay of Pigs invasion is celebrated in April, Trump has had this last-minute divine revelation to remember in September that he will honor the “heroes who were defeated.” Someone with some misgiving might think that everything is an electoral farce, to create catharsis and manipulate the traumas of the Cuban exile, with a view to mobilizing that base for the November elections.

The suspicion was confirmed by the aforementioned revelry. Trump said almost nothing about the Bay of Pigs battles, but about the merits of his government, in recognizing the veterans of Brigade 2506. In line with Gente de Zona, it would be necessary to say “Miami confirmed it” when listening to Mario Díaz-Balart throw a panegyric of the banana republic, taken from the Fiesta del Chivo by his namesake Mario Vargas-Llosa. “Never, never,” said the congressman, “no one has done as much for freedom and democracy in the hemisphere as President Trump.” Excuse me, Washington, Jefferson, Adams, Abe Lincoln, José Martí, Simón Bolívar, José Figueres and many others, but Trump, according to Díaz-Balart, has surpassed them.

The most probable thing is that Trump will continue by inertia with the same Cuba policy, but it’s not ruled out that he will seek to negotiate with the island, once Raúl Castro has retired in 2021, if it suits him.

It is known that, before winning the presidency, even in the middle of the Republican Party primary, he sent several of his subordinates to explore business possibilities in Cuba, in light of the Obama thaw. To this must be added that the most pro-embargo members of his team have been fired (John Bolton) or exported (Mauricio Claver Carone) to the Inter-American Development Bank. Nothing guarantees that new “hawks” in favor of strengthening measures against Cuba will not reach a possible second Trump administration, but it is difficult to imagine a staff as obsessive and irrational as those cases were.

The maxim of “keeping Rubio happy” (a phrase attributed to Trump to define Cuba policy), as a guide to policy towards the island, could be affected when Senator Rubio (Florida Republican) begins his election campaign for the year 2024, and tries to keep some distance from the White House. Trump doesn’t believe in conditional supports.

Cuba should not wait for the end of the blockade

Harassment by the United States, as a great power in Cuba’s backyard, is a factor of undoubted weight in Cuban internal politics. Only a fool could ignore a U.S. policy hostile not just to the government, but even to civil society and the growing Cuban private sector.

Having said this and accepting the circumstances, the different Cuban actors cannot justify the paralysis of an agenda of not only economic changes and reforms, but also a democratizing of politics, based on what the U.S. does. The adoption of a mixed economy in Cuba and the democratization of Cuban politics are not impositions of the United States, which with its policy of blockade has never sought such goals, but rather a Platt relationship of domination.

On the contrary, they are patriotic goals. The Cuban national interest is to have a transparent government, without corruption, representative of the different opinions of the country, inspired by moderation, “which is the spirit of Cuba,” according to José Martí. This is achieved based on the recognition of plurality.

Of course, the search for a peaceful, stable and orderly transition to a more politically open order has to take into account the circumstances of the international relations of the country and the world, but never be held hostage to them. With and without a blockade, access to information and pluralism in Cuban society have increased substantially since the travel liberalization in 2013, with greater access to the internet and expansions in rights such as private ownership and professing the religion that each one chooses (or not), beyond the freedom of worship. You cannot govern that new country without a charisma like that of Fidel Castro and with the old ideological patterns.