Some 225 deputies will meet at the Havana Convention Center, while the rest will do so in their provinces, via videoconference. 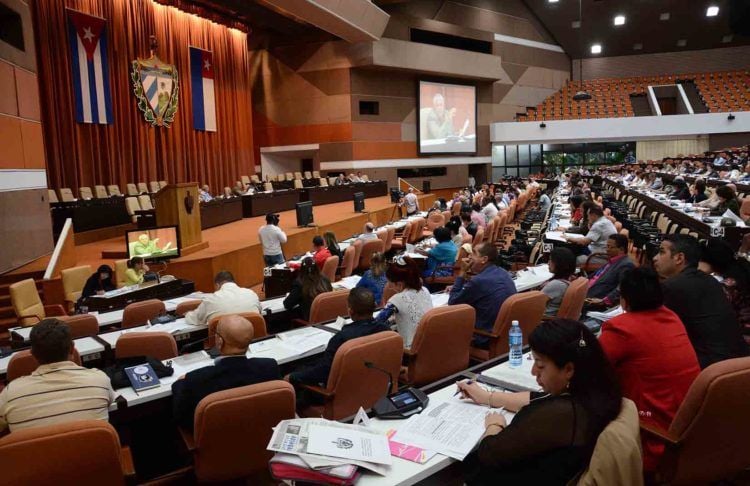 Cuba’s National Assembly of People’s Power (ANPP) will meet virtually for the first time on October 28, due to the epidemiological situation caused by COVID-19 on the island.

Some 225 deputies will meet at the Havana Convention Center, while the rest will do so in their provinces, through videoconference, reported the official Cubadebate website.

The secretary of the ANPP and the Council of State, Homero Acosta, explained at a press conference that this unprecedented format represents “a challenge for legislative work,” but will make it possible to comply with the required physical distancing and will avoid these types of forums’ usual concentration of people.

Legislative activity will begin on October 26 with a videoconference in which four bills will be presented, Acosta explained.

“On the 20th, prior to the debates, the deputies will have all the bills, which will be debated that day via videoconference. This space will serve to clarify possible doubts,” he said.

The schedule for the Fifth Ordinary Period of Sessions of the National Assembly does not contemplate work in commissions, except that of Constitutional and Legal Affairs, that of International Relations and the Permanent Commission on Economic Affairs, which must present the bills.

According to Cubadebate, on Tuesday 27, the deputies will receive information from the Ministry of Public Health on the epidemiological situation on the island, and then they will learn about “important aspects of economic activity and the task of organization.”

The following day, the legislative body will present the Report on the settlement of the 2019 Budget and the Economic-Social Strategy to boost the economy to face the prolonged global crisis caused by COVID-19.

Likewise, the program includes the “ratification of the agreements and decree laws that the Council of State has approved during the period” and the presentation of the bills of the Foreign Service, the organization and operation of the Council of Minister, the Revocation Law and the Law of the President and Vice President of the Republic.

The secretary of the ANPP confirmed that the coronavirus pandemic “has forced us to rethink the legislative schedule.”

The Constitution of the Republic of Cuba stipulates that the ANPP must meet twice a year in an ordinary way, although it does not indicate mandatory dates, the source specified.