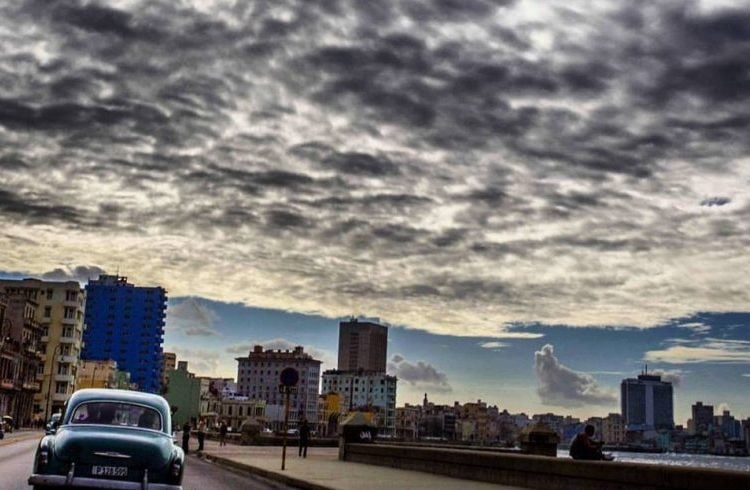 This November 9 in Havana, the sun combined with the cool breeze of the first winds from the North tempered the reactions of surprise and doubt caused by an apparently geographically and politically distant presidential election.

The unexpected triumph of Donald Trump in the United States left in many people a strange confusion – or uncertainty – about what this still very weak process can mean for the future of the normalization of bilateral relations.

One of the surprised persons is Cuban economist Juan Triana Cordoví, a University of Havana professor who waited until dawn, as many did, to be convinced of a result almost no one forecasted.

“It’s clear that [Trump] had a connection with many people. That way of campaigning attracted an important part of the U.S. idiosyncrasy. He won against the Democratic political machinery and even against the traditional Republican political machinery itself. I believe that we are all concerned about a deepening of reactionary attitudes in that country’s international projection,” Triana commented to OnCuba in a conversation mediated by a mixture of “U.S. and Cuban grocery store coffee.”

“I, like almost all Cubans, had expectations that with Hillary the speed of the pace of normalization could increase. But I also always remember that it was member of the Clinton family who signed the Helms-Burton Act, the one that codified the embargo into law, even after spending several months saying he was going to normalize relations with Cuba.

“There is no doubt that for Cuba relations of détente with the United States are better than returning to the period of tension, but neither can we lose sleep over this. We have experience in this,” the Havana researcher declared, at that time already full of the first readings that try to add logic and forecasts to the astonishment.

“My interpretation is that we have another confirmation that it is the moment to continue doing what has to be done in Cuba to respond to our own needs.

“The virtue of the process of changes begun in 2007 and coordinated in 2011 in the program of the Guidelines is the conviction that we have a group of matters that have to be resolved in Cuba and that we have to resolve them ourselves. What can happen now is that the world will be more complicated for Cuba because as we are a country with an open economy, we will receive the impacts of the levels of uncertainty Donald Trump has already generated in the world economy.

“An unstable world economy is not good for Cuba because our economy is small and that uncertainty will affect us. We will know how to deal with that, as has been done before, but it won’t be easy.

“I see Trump’s election as a tremendous opportunity to continue deepening and consolidating that process of updating Cuba is involved in. I also see it as an event that proves right President Raúl Castro, who since the beginning of his presidency has focused his policy on domestically strengthening the country in the economic sphere. We mustn’t wait for what has to be done here to come from abroad.”

For Triana, it could happen is that Trump demands more conditions in exchange for steps with Cuba. He promised this during a visit to Miami, “but he has to know a bit more about our history,” the professor affirms.

In the future a great deal will depend on the advisers of the new president and on his relations with the rest of the Republican establishment, with the Cuban-American congress people also reelected in this election. But while the real possibility of a new confrontation is clarified, the opportunity opens for Cuba of not delaying more the diversification of its economy; and for Barack Obama it is another window to extend as much as possible his commitment with the in-depth change of U.S. relations with Cuba.

“The Obama government is, of the last 11 U.S. administrations, the one that has done the most to try to normalize relations between two unequal actors; and he still has 60 days left. Many things can still be done, and there’s also an opportunity there.”

Another 60 days for Obama and Cuba

According to Triana, “the president still in office can authorize under general licenses trade activities between Cuba and the United States, exports from the United States to Cuba and imports the other way around. He can also authorize U.S. companies to trade with Cuban state companies and even certain investments by his country’s companies in Cuba…and he can do all that now that he no longer has a commitment with a future Democratic president.

“If by chance the Trump administration would want to really turn back what Obama has done, this is the moment to deepen economic relations and make it all the more difficult to dismantle,” the economist points out.

“It’s true that Cuba doesn’t represent the same as China or Mexico for the U.S. economy, but we continue having certain interest for the United States. Now, as never before, Obama should feel that his hands are not tied….”