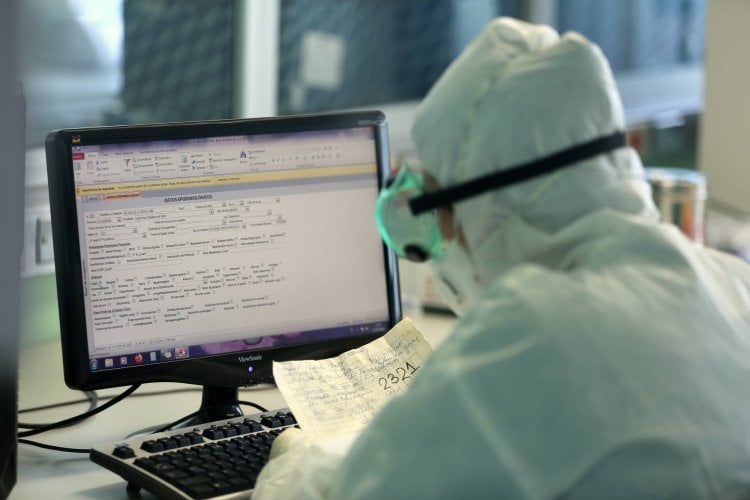 Cuba denied this Friday a statement by the United States that last year it had sold medicines to the island, and once again rejected the embargo it faces while suffering from the coronavirus pandemic.

“The blockade has a great impact on the daily life of the population,” said Dr. Lázaro Silva, vice president of Medicuba, the state agency that imports health supplies, during an interview with The Associated Press. “There is a group of resources that we acquire and that if bought in the United States would favor us because it is a much closer market.”

In previous years, some 60 medical supply firms were contacted, Silva said, but only two answered, including Bayer, which was the only one with which an agreement was reached in 2019. However, it could not be carried out either, since the company alleged that its Treasury Department permit had expired.

Another example that the authorities cited was that of the U.S. company Vyaire Medical Inc, which suspended commercial activity with the Cuban Medicuba importing company due to restrictions imposed by the U.S. government.

“Unfortunately, the corporate directive we have today is to suspend all commercial relations with Medicuba; the only way that we can resume joint work is through an OFAC license issued by the United States Treasury Department and which we don’t have yet,” Vyaire Medical notified Cuba, according to the newspaper Trabajadores. .

The U.S. company acquired IMT Medical and Autronic, regular suppliers of artificial respirators to the Cuban health system, making the break in commercial relations a serious problem in the midst of the COVID-19 pandemic.

This week, Acting Assistant Secretary for Western Hemisphere Affairs Michael Kozak, wrote on his Twitter account that in 2019 the United States “exported millions of dollars of medical products” to Cuba, and that to say otherwise was a disinformation campaign from the island’s government. Washington’s chargé d’affaires in Cuba, Mara Tekach repeated it in a video broadcast on social networks.

“I invite you to show the evidence that medicines have been sold by the U.S. to Medicuba, and Medicuba is the only one that imports medicines,” he said.

Instead, he recognized that some products for specific diseases are purchased through third countries or by resale.

For his part, Dr. Néstor Marimón, director of International Relations of the Ministry of Public Health, affirmed that in the last year Cuba lost 160 million dollars due to U.S. sanctions in the field of health, having to make purchases in remote places with expensive freight, for example.

During the Trump government, the embargo “has flared up, and with the epidemic that flare-up is greater because we need (medicines) urgently, quickly, and we have to resort to faraway markets,” he denounced.

“The blockade is already cruel in itself. That cruelty is doubled and tripled when you don’t relax those measures to allow solving drugs and equipment for people who are suffering from an epidemic,” said Marimón.

So far this year, only Bayer and Eli Lilly have responded to Medicuba’s communications, the former reported that the license granted by OFAC had expired, while the other reported the termination of their business relationship until further notice.

However, Dr. Silva assured that the island has everything it needs to respond to the epidemic situation caused by COVID-19.