The new infections rose again, this time to 547 cases, distributed throughout all the provinces, although those with the highest incidence were Havana, Santiago de Cuba, Matanzas, Villa Clara and Cienfuegos. 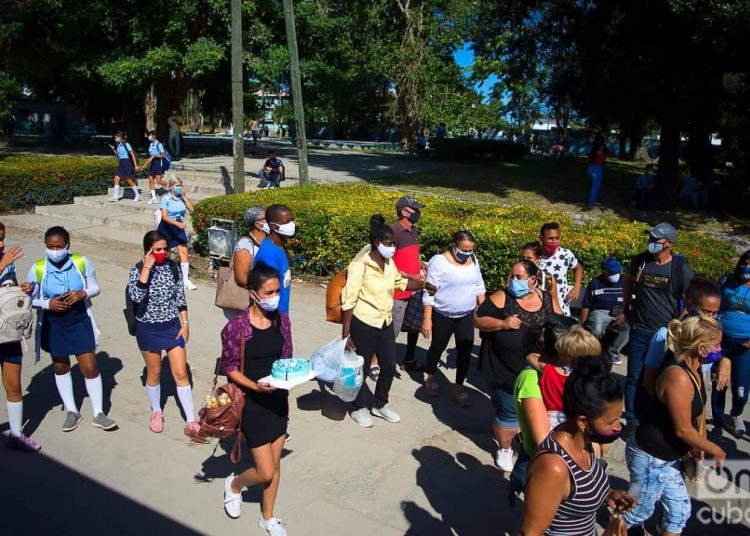 Two deaths, an increase in infections, more confirmed active cases, a growth in hospitalized patients and a record number in intensive care is the balance that the SARS-CoV-2 virus has left in Cuba this Thursday, according to this Friday’s report by the Ministry of Public Health (MINSAP) broadcasts this Friday.

The ICUs, although “not over flooded,” as explained yesterday by Dr. Francisco Durán, report the highest number of patients since March: 40 in nine provinces. Of them, 13 are in critical condition and 27 in serious condition.

In addition, five of those who remain in intensive care have not reached the age of 18, an age group that increases to a total of 1,807 cases. Only in the last 24 hours, 73 children under 20 years of age were reported, a group that has 341 active cases.

Until midnight on Thursday, 7,647 people were under surveillance in hospitals or health centers created for patients suffering from the new coronavirus; 2,776 were suspects and confirmed active cases, in addition, amounted to the total number of 3,960.

With the two deaths registered on the day, both in Santiago de Cuba, the death toll from the pandemic stands at 162 fatalities. The notification concerns two women, one 68 years old and the other 70. Both with diseases that complicated their treatment and have been explained in the report. The fatality rate in Cuba is 0.95%.

The new infections rose again, this time to 547 cases, distributed throughout all the provinces, although the majority were identified in Havana (148 positive cases between imported and autochthonous), Santiago de Cuba (88), Matanzas (82), Villa Clara (39) and Cienfuegos (30).

Of the patients with COVID-19 reported today, 515 are autochthonous and 32 imported, a statistic in which 538 Cubans and nine foreigners are involved. The countries that continue to influence imported cases, whose decline has been notable so far, are the United States, Haiti and Mexico.

According to the MINSAP, 14,550 samples were processed in 18 laboratories on Thursday, when 243 people were discharged, forming part of the almost 13,000 patients recovered on the island.