"They will not break the will of the Cubans and the universal rejection against the blockade will grow," the Cuban foreign minister wrote on Twitter. 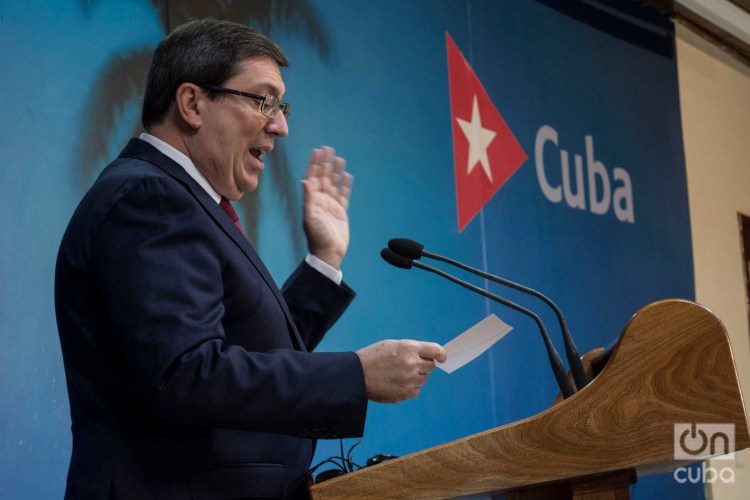 The Cuban government condemned the new measures announced this Friday by the United States, which further strengthen the embargo imposed on the island by limiting family remittances and financial transactions through third countries.

Cuban Foreign Minister Bruno Rodríguez rejected “vigorously” the new sanctions, which he considered an “opportunistic attempt to divide the Cubans” and accused the United States of “lying brazenly” to hold Cuba responsible for “their failure to force the overthrow of the Bolivarian government” of Venezuela.

“They will not break the will of the Cubans and the universal rejection against the blockade will grow,” the foreign minister said on Twitter.

Hours earlier, the U.S. Office of Foreign Assets Control (OFAC) announced that the amount Cubans residing in the North American country can send to their relatives on the island will be limited to 1,000 dollars per quarter.

The financial control agency under the Department of the Treasury also indicated that as of October 9, remittances to close relatives of Cuban blacklisted officials and members of the Communist Party of Cuba will be illegal.

After the reestablishment of full diplomatic relations between the Caribbean island and the United States, ending five decades of hostility initiated in full Cold War, President Barack Obama (2009-2017) lifted the limits on remittances.

Another prohibition announced this Friday by OFAC affects so-called “U-turn” transactions, which will prevent banking institutions subject to U.S. jurisdiction to process certain transfers of funds to Cuba even if they originate and end up outside the United States.

The United States believes that the new sanctions will serve to “financially isolate the Cuban regime,” which is responsible for the “oppression” of its own people and “support for other dictatorships throughout the region, such as the illegitimate regime of (Venezuelan President Nicolás) Maduro,” according to a press release by Treasury Secretary Steven Mnuchin.

In June, the administration of President Donald Trump banned cruise trips to Cuba and further limited travel possibilities to the island for U.S. citizens, although commercial flights between the two countries continue to operate normally.

Since his arrival in the White House in January 2017, Trump has strengthened the Cuba policy with reductions in diplomatic personnel and the activation of Title III of the Helms Burton Act, that allows lawsuits in U.S. courts for property expropriated after the Revolution and sanctions on the island’s hotels, increasing the scope of the economic and commercial embargo.